As former Vice President Atiku Abubakar declares his intention to contest the 2023 presidential election on the platform of the Peoples Democratic Party (PDP), his cousin, Dr. Umar Ardo has warned Nigerians against voting for the party in 2023.

Ardo, who is Atiku Abubakar’s cousin, on Monday, dumped the PDP and defected to the Social Democratic Party (SDP), describing the PDP as “a party under hostage”.

A four-time governorship aspirant and adviser to the former Vice President Atiku on Political Matters, Ardo has warned Nigerians against voting for the PDP in 2023, stressing that doing so would amount to the worst electoral miscalculation.

Speaking in Kojoli, Atiku’s birthplace in the Jada Local Government Area, Ardo said he defected to the SDP “because PDP has become a lawless institution ruled by few party oligarchs”.

He noted that SDP’s robust and flexible constitution which is ideal for engendering growth and development of an egalitarian society like Nigeria attracted him to the party.

On why he didn’t join the ruling All Progressives Congress (APC), Ardo said, “I joined the SDP with good intention and with a commitment to building a virile and prosperous democracy and well-being of our people.

“We are not driven into this enterprise by ambition to attain a high position in society, rather we are driven by the zeal to change the low position of our society within the comity of nations.”

Ardo also mocked the APC leadership, saying it has been taken over by former PDP members. 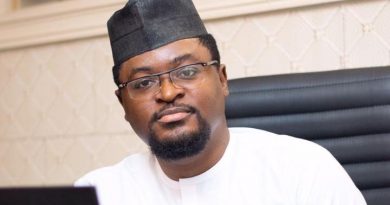 Tinubu May Not Be Running, By Fredrick Nwabufo