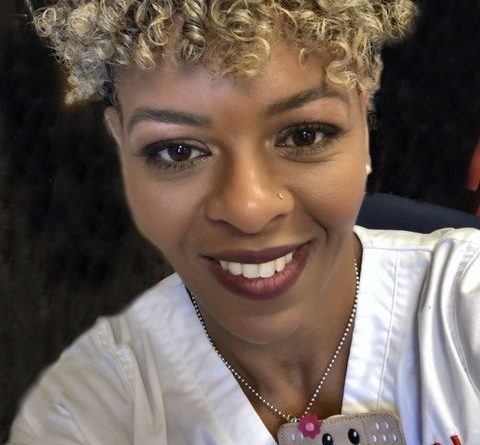 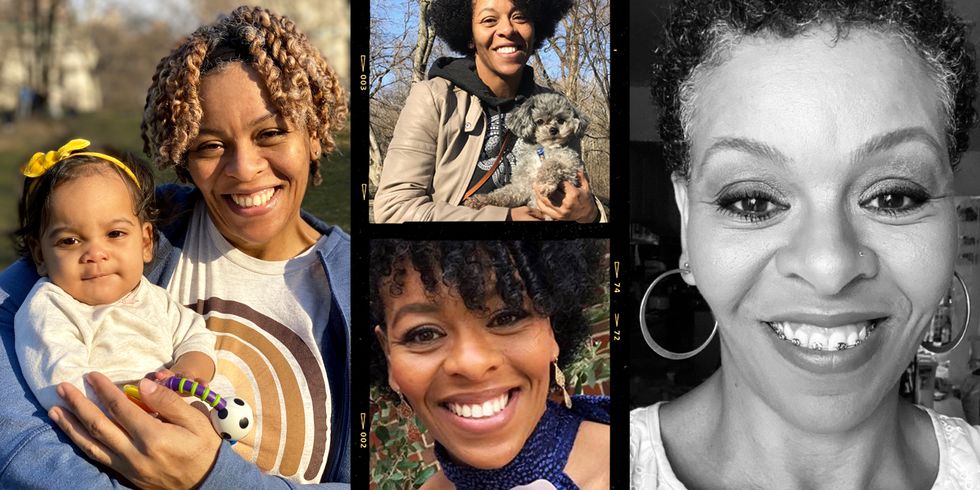 Americans have long debated the right to self-defense and who exactly gets to exercise it. The Second Amendment right to bear arms is at the heart of cases like George Zimmerman’s, who successfully argued he was acting in self-defense when he shot and killed 17-year-old Trayvon Martin, and organizations like the National Rifle Association, the country’s leading pro-gun advocacy group. The right to self-defense underscores laws like “Stand Your Ground,” which allows people to use deadly force when they believe they’re in danger. And though this right seems indisputable no matter who you are, historically it’s been most successfully used to shield men, mainly white, from the consequences of their violent actions. According to a 2017 report by the Centers for Disease Control and Prevention, 55 percent of female homicide victims are killed by a former or current partner or the partner’s family or friends, and per a 2016 study from the Violence Policy Center, Black women are three times as likely to be killed by their current partner or an intimate acquaintance. But when Black women stand up to their abusers, they often aren’t provided the same right to self-defense as white men.

Overall, there’s a general lack of data around domestic abuse survivors in prison, which speaks to their invisibility within our system. An ACLU report from 2005 states that 79 percent of women in federal and state prison reported past physical abuse and over 60 percent reported past sexual abuse. In 2005, the New York Department of Correctional Services found that two-thirds of women incarcerated for killing someone close to them had been abused by that person. And a 2003 National Institute of Justice journal stated that in 70 to 80 percent of intimate partner homicide cases, regardless of who was killed, the man physically abused the woman prior to the murder.

Over the last few years, the nation has seen several women—people like Rachel Bellesen, Cyntoia Brown, Marissa Alexander—who’ve stood up to their abusers but were criminally prosecuted anyway. In some of these cases, survivors have walked free. But most women in similar situations don’t have the good fortune of having their cases receive nationwide attention, and are often left to fight the system by themselves. That’s been the reality for Tracy McCarter.

McCarter is a Black grandmother and nurse who most recently lived on New York’s Upper West Side, where she was pursuing a master’s degree at Columbia University. According to legal papers filed by her attorneys, on March 2, 2020, just before the COVID-19 pandemic shut down the nation, McCarter’s estranged husband James Murray arrived at her doorstep drunk, claiming to be locked out of his Airbnb. Per those legal filings, Murray had a history of assaulting McCarter. Once inside her home, McCarter says Murray angrily demanded money from her and choked and assaulted her when she refused. During the ensuing struggle, McCarter says Murray was stabbed, and that McCarter was acting in self-defense, because she believed her life was in danger. McCarter, a trained nurse, immediately began first aid and called 911, telling police what took place and working to keep Murray alive until the police arrived and arrested her. Murray died soon after, and McCarter was held without bail on Rikers Island at the request of former Manhattan District Attorney Cy Vance Jr.’s office.

One month later, McCarter was in court for her next hearing, and COVID-19 had brought the city of New York to its knees, putting incarcerated people at a severe risk of infection. The city needed any and all qualified health care workers, and McCarter’s employer made it clear they were holding her position if she were to be released. Instead, she continued to be held without bail for six months through several jail-wide COVID-19 outbreaks. When McCarter’s case was finally brought before a grand jury, prosecutors deemed the details of Murray’s abuse of McCarter “not substantial enough to warrant self-defense,” per The Intercept, and, as a result, the grand jury was not presented with this critical context. McCarter was indicted for second-degree murder and manslaughter; a few days later she finally left Rikers Island and traded in her cell for electronic monitoring.

Who is safer as a result of incarcerating McCarter? Would McCarter actually pose a threat to anyone other than her abuser?

What happened to McCarter is in opposition to everything our “justice” system claims to be. The system wasn’t able to prevent the domestic violence McCarter was subjected to, and so far, it hasn’t taken any steps toward preventing similar cycles of violence in the future. By rushing to punish someone—anyone—the District Attorney’s office is choosing to ignore the larger context around gender-based violence and the impossible situations women are often forced into. Who is safer as a result of incarcerating McCarter? Would McCarter actually pose a threat to anyone other than her abuser?

On March 14, McCarter attended a hearing where she and advocates hoped charges would be dropped by prosecutors, but they ultimately left disappointed. Manhattan District Attorney Alvin Bragg’s office seemingly abandoned comments Bragg made during his campaign, stating that McCarter is a domestic violence survivor and should not be prosecuted, because she was acting in self-defense. McCarter’s attorneys asked the court to reduce her bail package and allow her to get PTSD treatment in Florida, since it wasn’t available to her in New York. The prosecution consented to this reduced bail package, but it was rejected by Judge Melissa Jackson, who instead set a new hearing date. Her exact words, as pulled from court transcripts made available to ELLE.com, were: “There is a victim in this case and that is [James Murray]… I am going to deny your application.” Again, the system did not afford McCarter the treatment she deserves as a domestic abuse survivor.

Siobhan Dingwall, a communications specialist and an organizer supporting the campaign to free McCarter, told ELLE.com, “The continued prosecution of Tracy McCarter proves, yet again, that the District Attorney’s office uses its outsized power and resources to criminalize survivors of gender-based violence, particularly Black and other women of color. Pursuing this case has been retraumatizing for Tracy, and has negatively affected her family, job, education, and ability to move around safely in the city she calls home. The Manhattan DA should drop the charges against Tracy and all other survivors immediately, just as he committed to doing during his campaign. Survivors and their families need and deserve safety and care, not retraumatizing prosecution.”

This year marks 10 years since the start of the #BlackLivesMatter movement and heightened scrutiny around the ways police and prisons compound harm rather than eradicate it. Politicians have lined up to affirm their commitment to the safety of Black people. The names of Black boys and men taken too soon at the hands of white vigilantes, police, and correctional officers have rightfully flooded our timelines and fueled our advocacy. At the same time, Black women and other gender-marginalized people who have been victimized by the prison-industrial complex remain ignored. As Andrea J. Ritchie wrote in her book Invisible No More, “Black women, long the backbone of efforts to resist state violence, are insisting that we will no longer only play the role of aggrieved mother, girlfriend, partner, sister, daughter, or invisible organizer, and demanding recognition that we, too, are targets of police violence.” McCarter is just one example of the many women of color who are fighting similar battles, often with no one to advocate for them outside of their loved ones.

We must create a culture where women are supported for protecting themselves, especially in a world that so often fails to do so. As McCarter’s case progresses, you can follow the official campaign Facebook page or Twitter account to stay connected, and visit Survived and Punished’s website to learn more about supporting criminalized survivors. This Women’s History Month, one of the greatest actions any of us can take is in defense of criminalized survivors of abuse. As Audre Lorde reminded us, “I am not free while any woman is unfree, even when her shackles are very different from my own.” Together, we must #StandWithTracy. 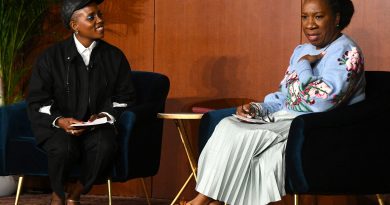 Tarana Burke, Amandla Stenberg, and More Join Together for a Surprisingly Hopeful Summit About Gender Equity

5 Reasons to Give Amazon’s ‘Making the Cut’ a Binge

Sydney Sweeney has had one hell of a year playing TV’s most intriguing characters. She portrays Cassie on Euphoria, as