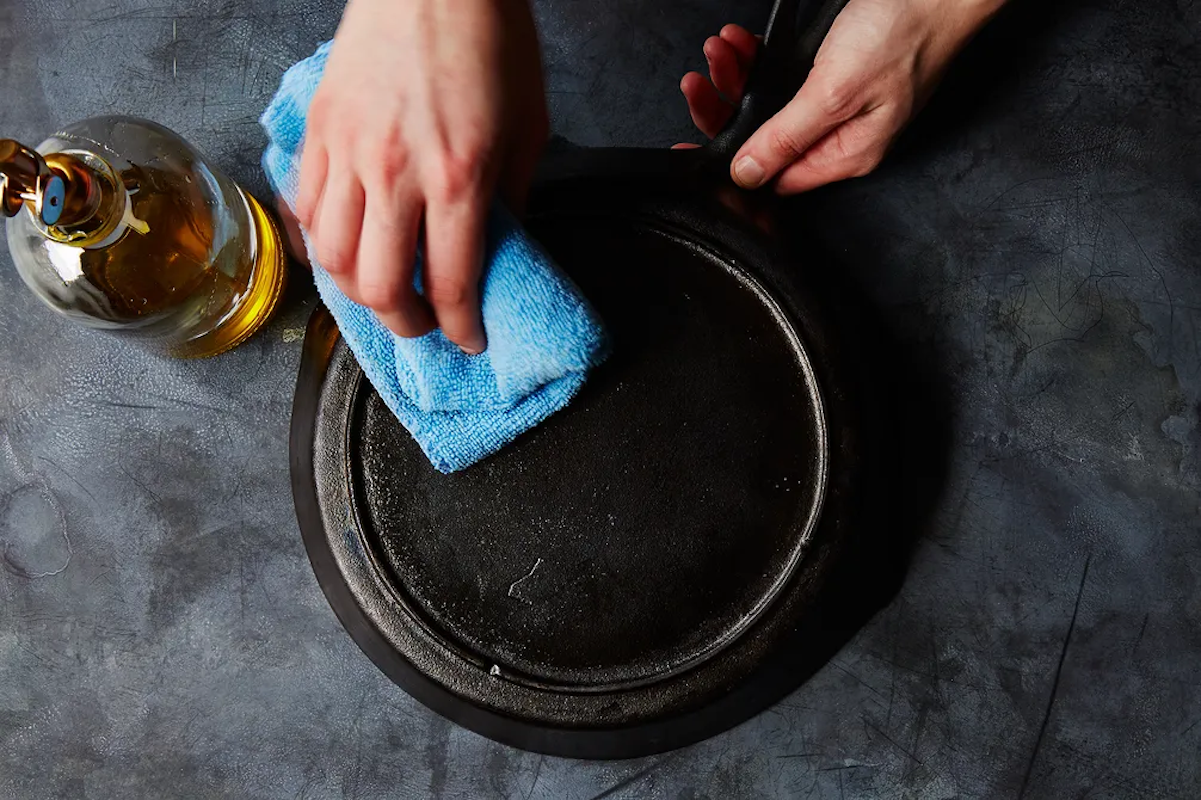 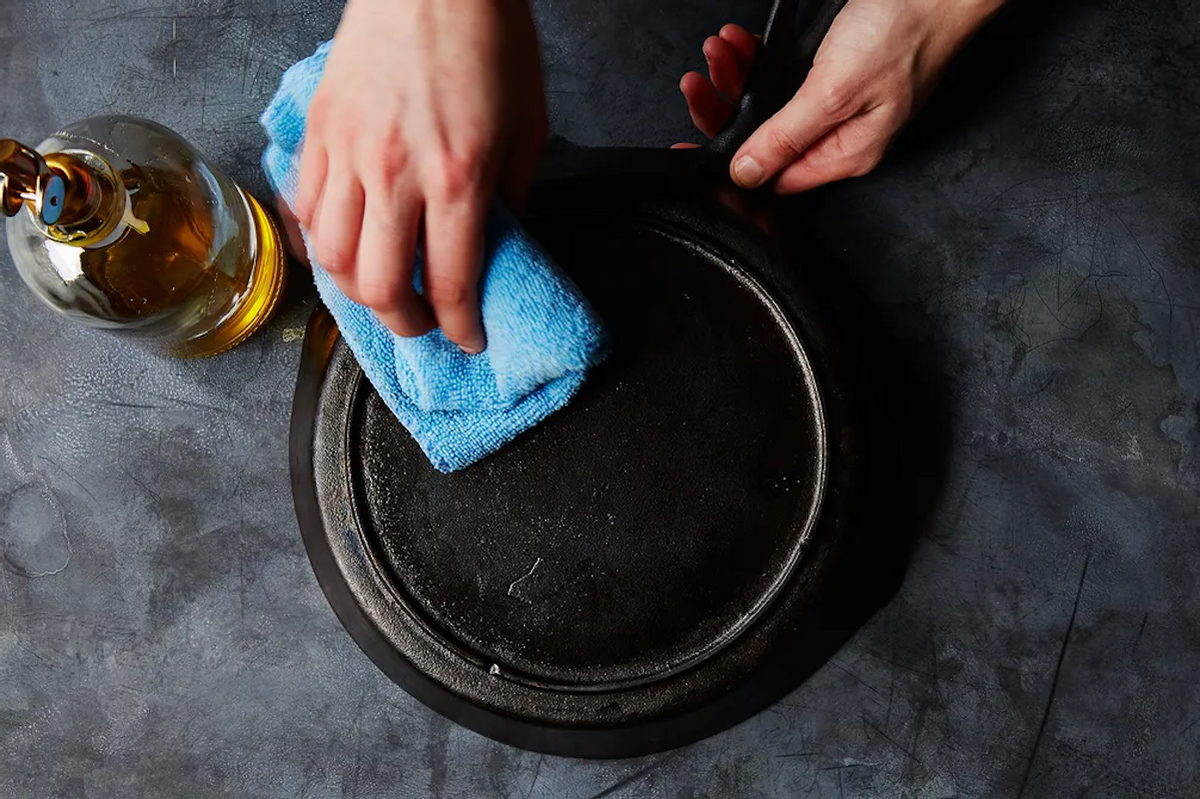 I love cooking with cast-iron. It makes the skin of my salmon or potatoes crispy as heck and is so easy to clean — aka it basically requires no cleaning at all. A rinse of the pan with warm water and a splash of soap, a thorough wipe-down with a paper towel or dish towel and a bit of oil, you’re good to go. It’s the ultimate lazy person’s cookware. But said laziness can come with some unfortunate side effects, such as a rusty cast iron skillet.

It’s happened to me time and time again. A little splotch on the underside of the skillet, a small mark around the perimeter, but nothing to worry about, right? Brush it aside (mentally, that is) and continue to sear, sauté, and bake away. But it can’t be good to let the rust fester, right? Let’s see what my good friends at the USDA have to say: “Rust is not a food safe material so it should not be ingested. If you see rust on the surface of a utensil such as a cast-iron skillet or knife, remove all the rust before using it.” Fair enough.

So how do you remove rust from a cast iron pan? Start by rubbing the rusty section with a steel wool brush; cast iron is super-durable and can handle the aggressive, abrasive surface. In fact, this is exactly what you need to remove the rust. Use a lot of elbow grease and keep doing this until you think you’ve scraped up all of the rust (this could take a few minutes or an hour, depending on just how rusty the cast iron cookware is), then rinse the pan thoroughly with warm, soapy water.

From here, dry the pan thoroughly. Like really thoroughly, with plenty of absorbent towels. If you skimp and miss some water spots, more rust will eventually form. “Moisture is one of the worst enemies for traditional cast iron,” says Food52 buyer Peter Themistocles.

You’ve done it! You’ve removed the rust! But in the process, you also removed some of the layers of coating that build up every time you cook with your cast iron skillet. Food52’s Assigning Editor Rebecca Firkser dries her under a low heat on the stove. Now you’ll need to reseason the cooking surface using a thin layer of vegetable oil. Apply it with a towel to make sure that the oil is evenly distributed. “Traditional cast iron is prone to rusting. Seasoning will help to prevent that. As you season more and more, it will also create a naturally nonstick surface,” explains Themistocles.

Once the oil is applied, heat the oven to 450℉ to 500℉. Pop the pan in upside down, which will allow any excess oil to drip off, with an aluminum foil-lined sheet pan on the bottom rack of the oven to catch the excess (and prevent an oven fire). “Bake” the skillet for one hour, and then let it cool completely before putting it away.

For a necessary process, I guess this lazy girl can handle it after all.

“High maintenance” is a red flag on dating apps. Women are still expected to shrink themselves

CDC Expands Eligibility for COVID-19 Booster Shots to All Adults