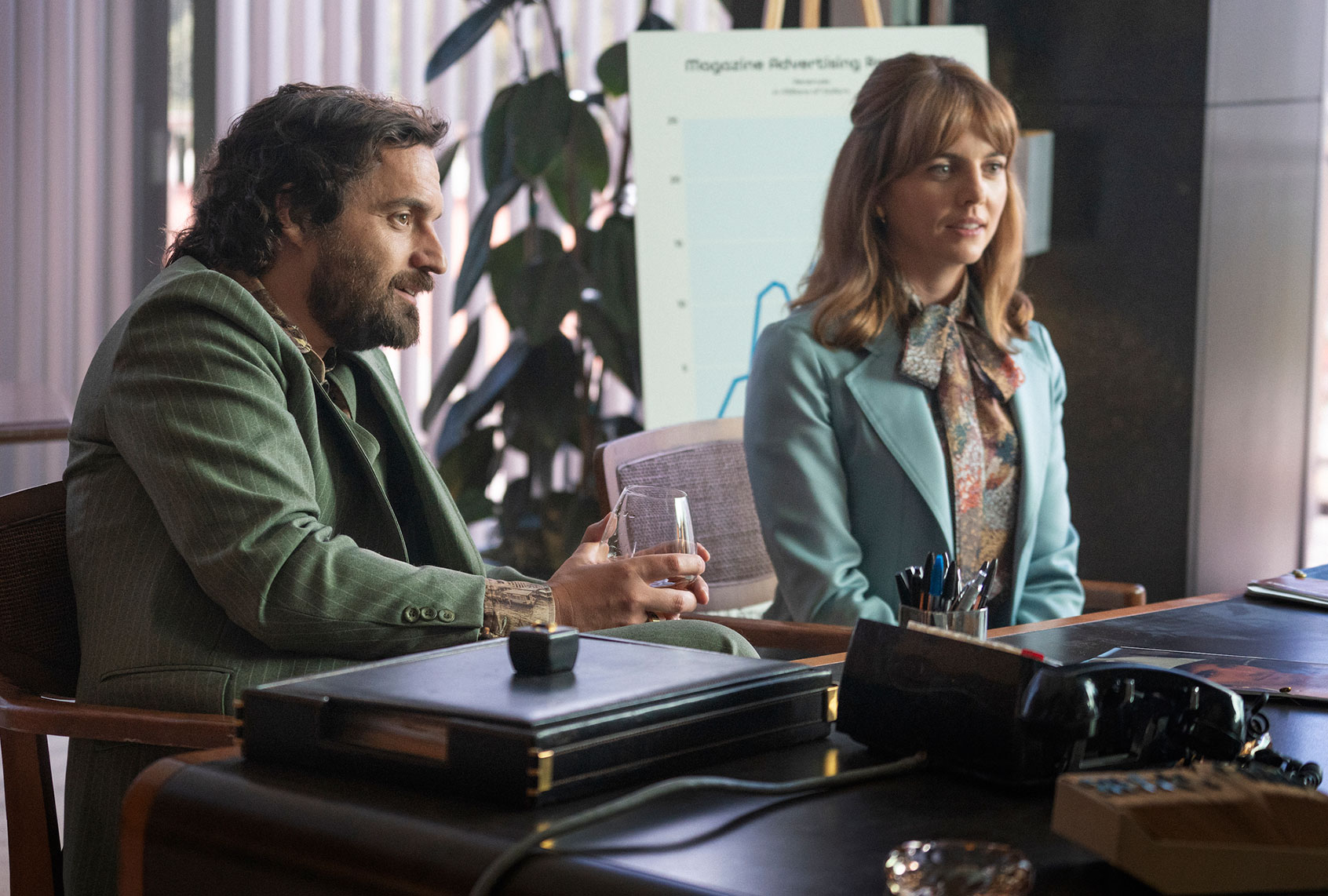 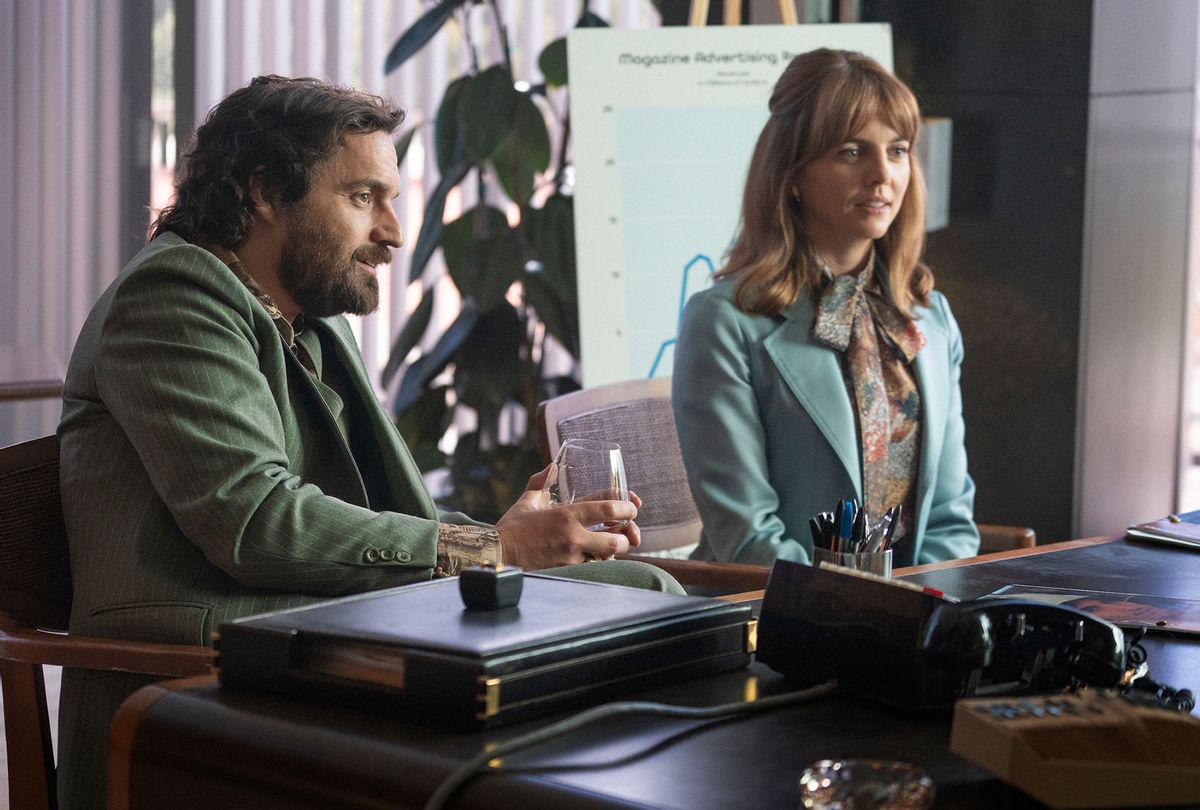 Entertainment Weekly recently published an interview with actor Taylor Zakhar Perez, teasing the piece with a headline about Perez “baring it all” as a nude model for a 1970s magazine centerfold in the first episode in HBO Max’s “scandalous” new show, “Minx.”

The real scandal, in my view, is not the promised nudity but the way it’s misrepresented. Perez never actually appears fully nude in that episode. He wears a prosthetic penis.

As prosthetic penises have become more common in film and on TV, I’ve watched publications eagerly document the trend with cheeky headlines: “The power of the dong: The year the penis was unleashed in Hollywood,” “How the Sausage Gets Made: Inside Hollywood’s Prosthetic Penis Craze” and “Welcome to the year of the cock.”

But to me, their growing use, and the way in which actors wielding them are deceptively described as partaking in “full frontal nudity,” often reinforces existing taboos under a guise of progressivism and gender equality.

No more than a costume

I’ve been researching representations of penises and the way they’re connected to masculinity since the 1993 publication of my book “Running Scared: Masculinity and the Representation of the Male Body.”

The media, it seems, has become fascinated with prosthetic penises while skirting the issue of why filmmakers and actors are avoiding actually baring it all.

The premise seems ripe for actors to appear in the flesh. And sure enough, early coverage of the show plays up this element. “Minx,” according to a review in Deadline, uses nudity “to defang the insidious shame associated with sexuality in all forms. . . . [In the show] a penis is just a penis and a breast a mere breast.” But a prosthetic penis is not just a penis; it is not even a penis.

The “Minx” pilot does include a minutelong scene in which about 18 bottomless men audition to appear in the centerfold, and flashes of their purportedly real penises are shown.

Although The New York Times praised the montage for its “unusual degree of realism,” I think it highlights how the show carefully regulates the representation of penises.

None of the men in this brief scene are major characters. It turns out some actually wore prosthetic penises. And the one who’s ultimately chosen, played by Perez, wears a prosthesis, which simply amounts to a costume.

In the 2015 film “The Overnight,” a character with a small prosthetic penis is comically obsessed about its size and his sexual performance. As one prosthetic artist explained to Fast Company, “Filmmakers will always give a bigger penis to more manly, virile characters and smaller penises are usually just about the gag factor.”

He added that he’d welcome diverse, real penises because they’d make people “a little bit more comfortable with sexuality” and combat the “taboo” of showing the penis.

Culture writer Christina Izzo derides the popularity of prosthetics as a “cock-out cop-out.”

But Izzo is a lonely voice. Most coverage of prosthetic penises tends to portray them as progressive for purportedly providing a visual balance to female nudity and feminist for making actresses more comfortable on set.

I believe the issues should be separated. When intimacy consultants require the use of prosthetic penises in intimate sexual scenes with bodily contact for the comfort of actresses, they perform a profoundly important role. However, many of the instances of frontal male nudity I’ve analyzed involve no intimate sexual contact.

Eric Dane and Jacob Elordi are two of many actors in “Euphoria” who purportedly wore prosthetic penises even as they implied that they’ve broken the taboo of showing penises.

It is impossible to verify most claims about the extent of the use of prosthetic penises on any show, and some actors refuse to answer the question. An “is it real or not” tease encourages speculation and has become its own form of publicity for shows and actors.

Sculpting meaning into something trivial

My research on sexuality and the male body shows that representations of the penis in the media influence cultural notions of sexuality and gender. Since the penis is a potent cultural symbol, people are bombarded with conflicting messages attempting to control its meaning.

For example, medicine reassures men that nearly all of them are average. Pornography shows extremely large penises. Men with small penises are the butt of size jokes. Racist stereotypes suggest men of some races have large penises and are hypersexual, while others are undersexed with small ones.

Prosthetic penises are just another way to attach significance to the organ.

Of course, the truth is that penises have no fixed meanings. The first issue of Playgirl magazine, which featured real frontal male nudity, was published in 1973; it makes the use of prostheses in 2022 seem overly prude. Mature representations of real, diverse penises, without shame or special significance, would be far more worthy of media attention than prostheses.

That, to me, would be truly revolutionary.

[Get the best of The Conversation, every weekend. Sign up for our weekly newsletter.]

Joe Manchin voted against rail worker sick leave after getting $90,000 from rail carriers

“The White Lotus”: When it comes to vacation, what does pleasure actually look like?