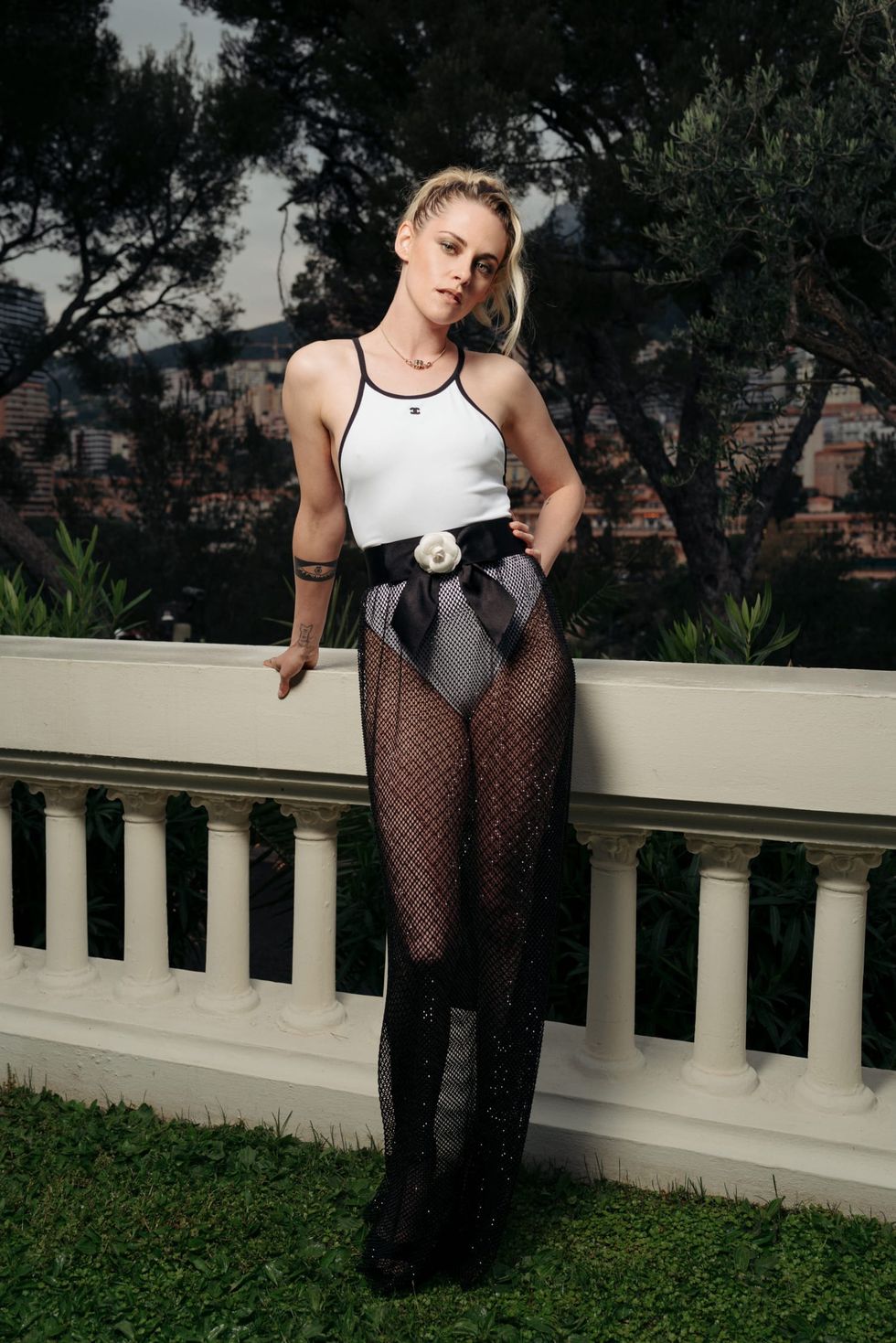 On Thursday, May 5, actress Kristen Stewart sported a sexy sheer Chanel look to the fashion house’s after party in Monaco, following a show for their 2023 cruise collection. Styled by Tara Sweenen, Stewart wore a white halter bodysuit with black details under a see-through column skirt that just kissed the floor. It was belted with a black bow finished off with the brand’s signature white camellia flower, and the suit included the designer’s logo, embroidered in tiny font under the collar.

Stewart’s outfit was completed with open-toe platform heels and several large gold chains around her neck, as well as a chunky gold bracelet. Her blonde hair was swept up, with tendrils dangling around her face, and she kept her make up natural and light.

Stewart has been the ambassador of the brand since 2013 and made waves when she attended the 2022 Oscars in a pair of Chanel shorts. She was nominated for her role in Spencer as the late Princess Diana, and then attended the Vanity Fair after party in another Chanel piece, a long lace gown. This look was also sheer, with large round buttons down the front of her torso.

“With Chanel, I’ve never been made to feel like I was telling a story that wasn’t being pulled out of me in a really honest way,” she said.

She’s also praised Sweenen as a long-time collaborator on her style, telling the Hollywood Reporter in a joint interview how closely they’ve worked together. Sweenen described Stewart as “family” after 17 years of their relationship.

“It is a fun and collaborative process that develops and unfolds as we grow together,” she said. “Kristen’s red carpet style is uniquely hers. She is always unapologetically authentic and carries a confidence that is magnetizing.”

“We started working together when I was 14!” Stewart added. “She has a wealth of experience that informs her eye and her taste. Tara’s loyal and she enjoys helping people feel their best.”