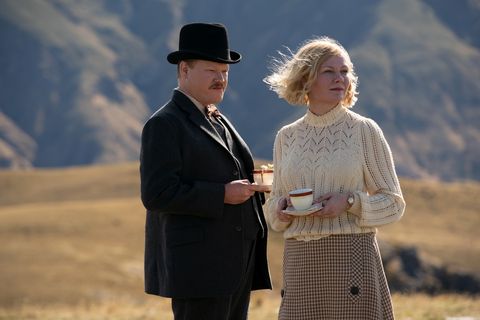 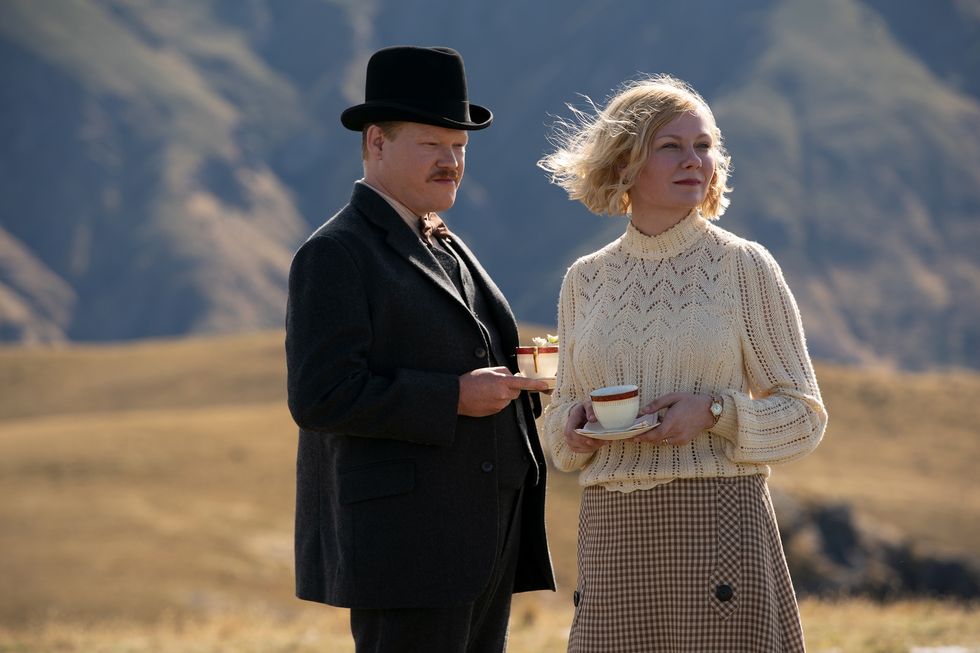 The Power of the Dog tops the Oscar nominations this year with 12 nods total, including a first-time nomination for Kirsten Dunst, a Best Supporting Actress contender. Auteur Jane Campion is nominated for Best Director, becoming the first woman named twice in the category. (Her previous nod was for 1993’s The Piano.)

Adapted from the 1967 novel by Thomas Savage, this Western lensed and written by Campion follows two brothers on a ranch in 1920s Montana: Phil Burbank (Benedict Cumberbatch), a domineering cowboy with a secret vulnerable side, and George Burbank (Jesse Plemons), his gentle brother. Dunst stars as George’s bride, Rose, who clashes with Phil and is a mother to teenage son Peter (Kodi Smit-McPhee).

The layered and visually stunning drama, shot in Campion’s native New Zealand, has been acclaimed for its exploration of toxic masculinity, but it also dives into “the vulnerability, the brutality, and the fear, and even the femininity underneath it,” the filmmaker explained to Deadline. The timeliness of the film is no coincidence.

“Because of the previous president, I think everybody felt it,” Campion told The Hollywood Reporter of modern examples of toxic masculinity. “Phil’s style of masculinity, and the ethos of masculinity that is heralded in the cowboy world, it’s very romanticized. Cowboys are seen as being about the natural life, the simple life. However, the Burbanks had one of the wealthiest ranches in Montana. They wield a lot of power, and I think power is always the real issue. It comes through with women, too, when they have power and how they choose to use it. Power is always it. And money is often power. Don’t you reckon?”

Jesse Plemons and Kirsten Dunst in The Power of the Dog.

After making its world premiere at the Venice Film Festival, The Power of the Dog released in limited theaters in November 2021 and then began streaming on Netflix on Dec. 1. The film is still available to watch on the service; if you don’t have one already, you can purchase a Basic subscription for $9.99 per month.

Watch The Power of the Dog on Netflix

View all of its nominations below: