The Minister of Transportation and former governor of Rivers State, Rotimi Amaechi, says he has the experience and energy to preside over Nigeria.

He spoke on Monday night in Abeokuta, Ogun State, during a meeting with Governor Dapo Abiodun and the All Progressives Congress (APC) delegates in the state.

Amaechi said he knew the state already had one of their sons, Vice President Yemi Osinbajo, contesting for presidency, but insisted that his experience was what the country needed at the moment.

He said he would rule the country with his wealth of experience when elected as president.

“I challenge all others who are competing with me to show me the basis that they can claim to be a Nigerian candidate. I’m a different Nigerian and I’m one of the true Nigerians and I think all of you seated here are true Nigerians. The problem of Nigeria is not you, it is the elites.

“No person among all those competing has governed a state where there was insecurity, but I have. By the time I took over the governor of Rivers State, they were kidnapping two-month-old children.

“What did I do first, I didn’t pay a ransom. I made a law that if you pay the ransom you go for six months imprisonment because where there is no demand, there will be no supply.

“My administration will give equal opportunities to the men, so that they will compete equally, they will be appointed on merits and they will be given that chance to be part of the government.

“I know that there is a candidate from this state, our Vice President, a man of honour, he is a good candidate, but I think that if you look well, my experience matters.

“I come with experience, I’m 56 years old, I will be 57 in May; so I’m the bridge between the young and the old. I have energy and people have said, no, being energetic is not enough to preside over a state, but you can’t preside over a state in the hospital.

“He, the Vice President, had said that I’m a forthright man and if you approach me, you will know that I’m forthright.”

Amaechi’s team later met with the Alake and paramount ruler of Egbaland, Oba Adedotun Aremu Gbadebo, at his palace in Abeokuta, where he sought the monarch’s support on his presidential ambition. 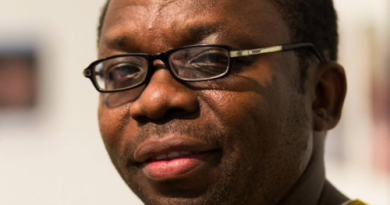