Some miscreants and hoodlums have taken over the National Secretariat of the All Progressives Congress in Abuja, as aspirants are being screened at the Katsina State Governor’s Lodge in the Asokoro area.
SaharaReporters learnt that the screening process is being led by the Katsina governor, Aminu Masari, and a former Speaker of the House of Representatives, Dimeji Bankole.

“APC screening of party offices took place at Katsina Lodge. The screening is being led by Katsina governor and former speaker, Dimeji Bankole.
“It is to continue today (Wednesday); it started at 10pm on Tuesday through 3am,” a source revealed.
Meanwhile, it was also learnt that hoodlums have taken over the APC secretariat in Abuja amid the ongoing leadership crisis in the party.
There was frustration and chaos on Tuesday night at the Katsina State Governor’s Lodge, Asokoro Abuja, as the APC screened aspirants vying for various positions in the party’s National Working Committee.
Several officers including the deputy national chairman, national women leader and deputy national women leader, national treasurer hopefuls were shut out of the premises even as new arrivals made futile efforts to force their way in.
There was also heavy security presence as chairmanship aspirants such as Tanko Al-Makura and Sani Musa barely made it through the crowd.
Other aspirants and their aides were seen communicating with security agents through the fence to identify themselves (by showing their nomination forms) so as to be granted access to the premises.
They were later instructed to join a queue before being marched in.
Also present were several supporters wielding placards with the picture of former Zamfara State Governor, Abdul’Aziz Yari, and branded T-Shirts chanting the names of their favourite candidates.
The seven chairmanship aspirants, who have purchased forms and are expected to be screened, are Niger-East lawmaker, Senator Sani Musa; a former governor of Nasarawa State, Tanko Al-Makura; a former governor of Benue State, George Akume; an ex-governor of Zamfara State, Abdul’Aziz Yari; another former governor of Nasarawa State, Abdullahi Adamu; Saliu Mustapha and Mohammed Etsu. 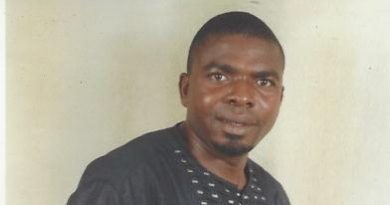