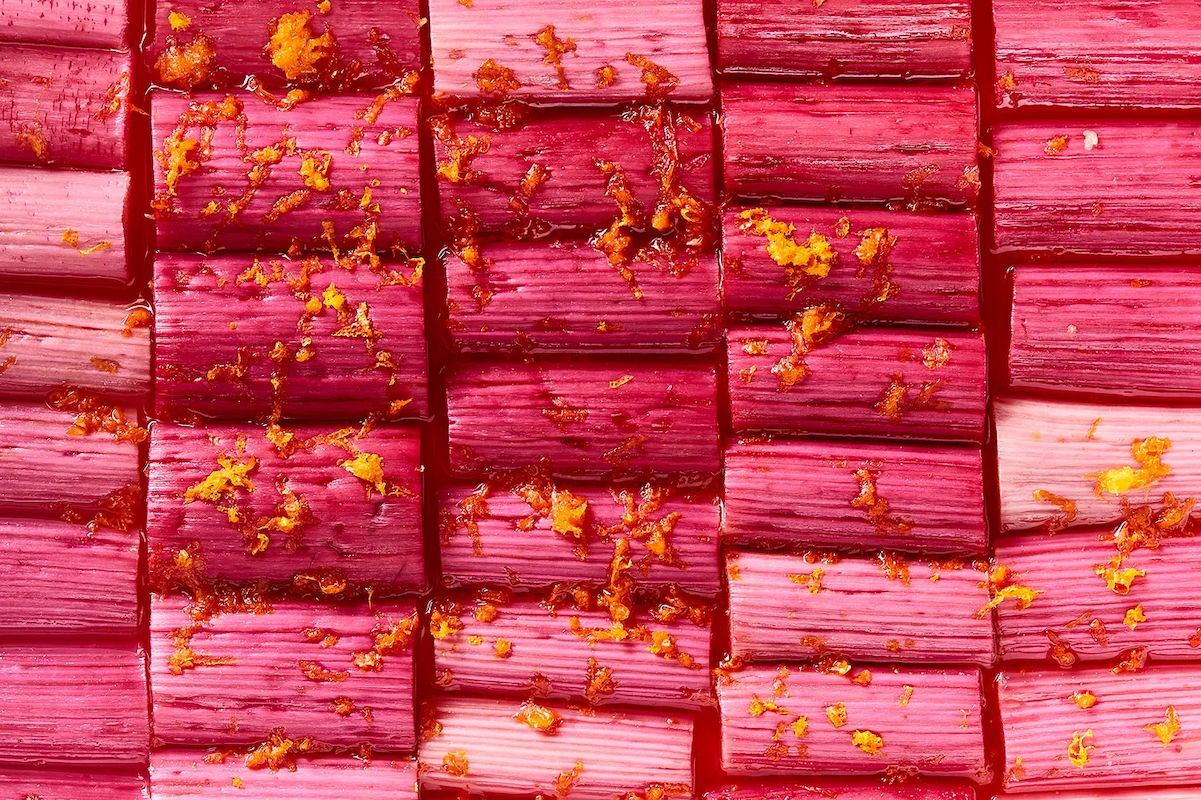 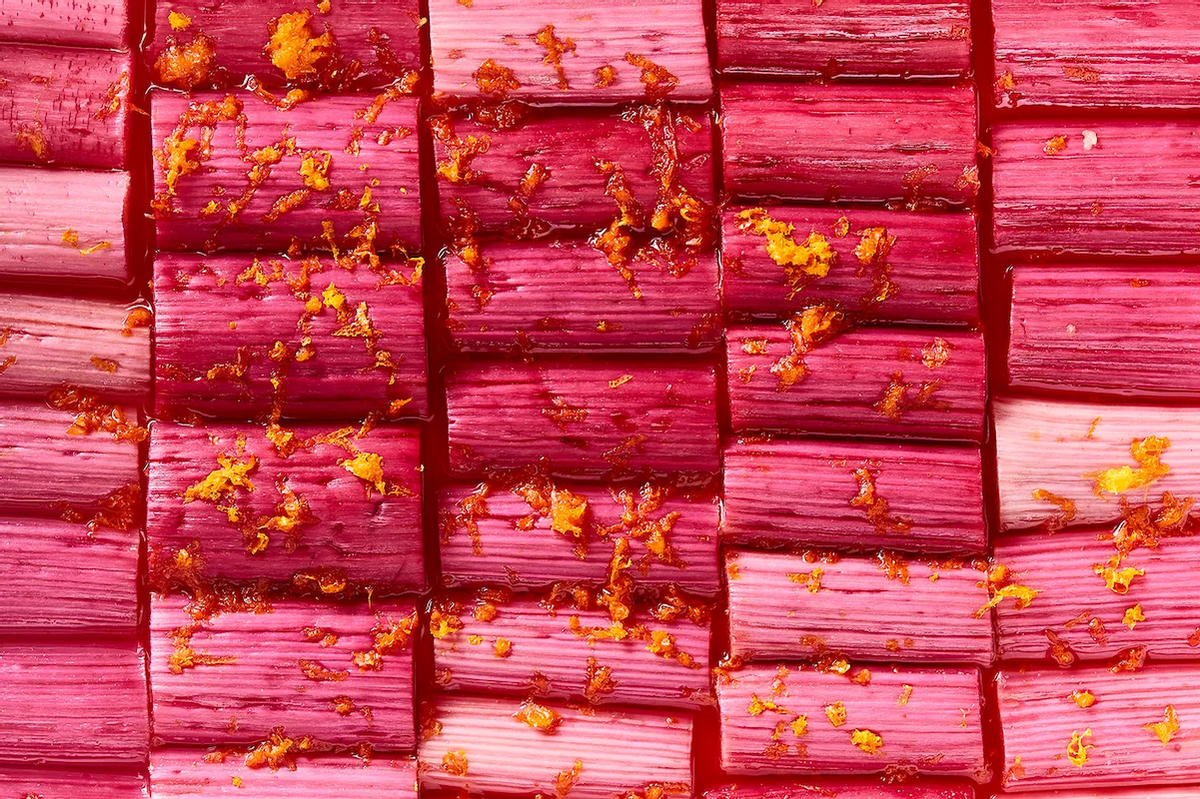 Spring is just around the corner, or that’s what I keep telling myself. Which means we have a lot of snappy, happy produce to look forward to. Below are the spring vegetables I can’t wait to buy by the tote-full when the farmer’s market finally comes back to town. We’ll cover good-to-know tips (like how to store) and fun facts (to wow your friends at a party) — and share some of our favorite recipes, too.

Technically a thistle, an artichoke looks like a pine cone, prickly, jagged, and ready to ward off predators. That’s us. To get to the good stuff (the petals and heart), you have to put in a fair amount of work. Vegetable whisperer and author of Six Seasons Joshua McFadden calls them “a royal pain” — but once you master the technique, it’s like riding a bike. Just head here for some easy prep tips. What’s more: After you cook an artichoke, you need little more than mayo for dunking to have a wonderful dish.

Also known as Italian cress, rocket, and rucola, arugula is famous for its peppery flavor. So if you aren’t into bitter greens, don’t throw your hat into this ring. It’s wonderful in salads — especially ones with rich, fatty components, like meat, nuts or cheese — but also holds up well when wilted. Stir into brothy-chunky soups at the very end. Toss with hot pasta. Or turn into a pesto.

Steak with Arugula, Lemon, and Parmesan

In the 1st century, according to The Food Encyclopedia, “Romans tended to overindulge in asparagus, consider a dinner negligible unless it featured both an asparagus appetizer and main dish.” Nice! When you’re buying asparagus, avoid stalks that are discolored or floppy. And after you bring them home, try this trick from Ruffage author Abra Berens: “Store in a vase of water in the refrigerator so the stalks will continue to wick up water.” Some cooks like to snap asparagus bottoms, to get rid of the fibrous, woody parts — but I prefer to navigate this by knife, to waste as little as possible.

Tagliarini with Asparagus and Herbs

Alice B. Toklas’ Asparagus in Salt and Pepper Whipped Cream

Sure, you can get carrots all year, but young, bright-eyed, bushy-tailed carrots are a warm-weather specialty. (And yes, these are different than the “baby carrots” you find at supermarkets — those are actually carrot stubs.) McFadden’s “ideal early carrot is about six inches long,” so it’s “delicate and sweet, but large enough to have developed some depth of flavor.” These are wonderful raw (peeling isn’t necessary), but also roasted and pureed. If you have the option to keep the tops, keep them, and turn them into a pesto or salsa verde.

Name something cuter. I’ll wait. Tiny, snappy, fresh English peas are as sweet as sugar — though not to be confused with sugar snap peas (more on those below). They’re lovely enough to eat raw, or you can quickly blanch them in salty water. These are best shelled and devoured on the day that you buy them. But if you need a day or two buffer, the fridge is the place to be.

“Fava beans are hugely popular in the Mediterranean and parts of the Middle East, but not as well known in the United States,” writes McFadden in Six Seasons. These legumes look a lot like lima beans, with a creamy texture and sweet flavor. They’re a little more work to prep than English peas, but worth it: Unzip the pod, remove the beans, and blanch them in boiling water for 30 seconds; then, drain them, shock in ice water, and peel away the outer membrane. You did it!

Fennel teeters the line between a late winter and early spring vegetable. It’s just the thing to grab from the produce stand when you’re craving the light, fragrant notes of spring produce but there’s still snow on the ground. Fennel is beloved for its anise-like flavor and aroma, plus its friendliness. You can cook with both the bulb and the fronds (the leafy, herb-like tops that resemble dill). Cut the bulb into wedges and roast them until caramelized; they’ll become super sweet, while still delivering some of the heartiness that you know and love from peak winter vegetables. As for the fronds, staff writer Kelly Vaughan loves to finely chop them and mix them into a seafood soup like this one.

Cucumber and Fennel Salad with a Chinese Vinaigrette

“A bad salad pisses me off,” writes Berens in Ruffage. Yeah! As it should. A good salad starts with good produce, which could be any of the ingredients in this guide. But if you’re doing a simply-lettuce salad, treat yourself to some fresh-as-heck spring greens. Avoid anything that’s wilty or mushy. To perk up before serving, you can give them a quick soak in ice water. Just make sure you dry them very well, or else the dressing won’t be able to grab hold.

Most radishes go from seeds to vegetables within a month. They are golf ball–sized or smaller, but mighty in personality with a juicy bite, and sharp and spicy enough to make your eyes water. Arguably the best way to enjoy radishes is also the simplest: with butter and salt. Once you graduate beyond that, start to have fun with their tops, which are as worthy as any other green, and should never be thrown out. That said, if you’re storing radishes in the fridge for a couple days, separate the two, which will help them both survive longer.

The darling of spring produce or, as McFadden puts it, “a cult vegetable.” Ramps are wild leeks, with rosy-hued bulbs and bright green leaves. They are proud members of the allium family, so it goes without saying that they have an oniony-garlicky flavor. Ramps’ flavor is often too potent raw, so cooking is your best bet. For storage in the fridge, the tops should be separated. Ramp season is blink-fast quick, so when you see them, snag them. And if you really want to hold on, try pickling.

Even though rhubarb is usually paired with strawberries for pies and crisps, or compotes served with panna cotta, rhubarb is actually a vegetable. Yes, vegetable! Rhubarb is part of the buckwheat family, which also includes plants like Japanese knotweed and sorrel. Rhubarb in its raw form has an extremely tart flavor, which is why it’s usually macerated with sugar and lemon juice and served with a juicy sweet berry. It’s also one of the first vegetables to appear in spring, though it also has one of the shortest seasons. If you buy a few bundles (which you should), slice the stalks into one-inch pieces and freeze them in a single layer; this will allow you to preserve rhubarb’s pink color and tart flavor through early summer. Just use them within three months, otherwise, the vegetable will start to lose its spark.

Scallions, which also go by green onions, are one of my very favorite things. Their flavor is spicy but not too spicy, and grassy but not too grassy. Plus, they’re unfussy to prepare. Try charring them whole in a cast-iron skillet or on the grill, then putting that toward sauces, like salsa verde, or grain salads. Both the white and green parts are great in their own way; the former will take longer to tenderize, but only marginally because the stalk is so slim.

Sugar snap peas are a cross between the English pea and snow pea. As their name implies, they’re sweet, which makes them a cheery contrast in ultra-savory dishes. Pair with anything salty, fatty, or funky, or all of the above. You can thinly slice sugar snap peas on a bias and put them toward a salad-y situation. Or give them a quick sauté. I like to brown them in a skillet, deglaze that with some soy sauce and chili crisp, and pile that on warm rice.

The best ways to use lemon balm at home

Sydney Sweeney is used to going against the grain. “I’ve always done things my way, whether it was pursuing acting—because