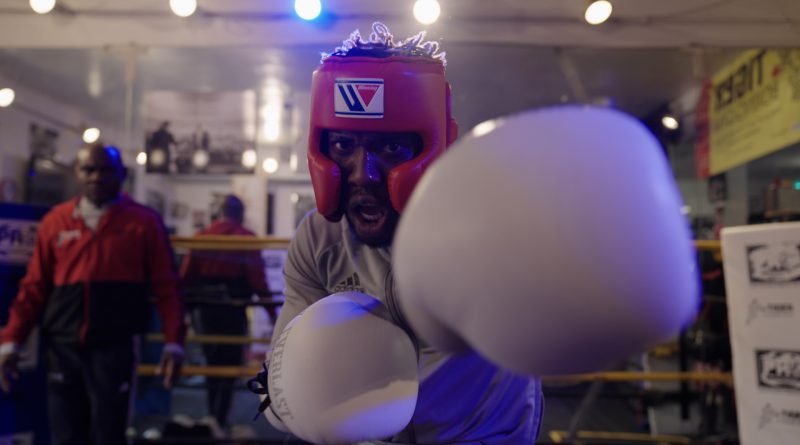 “When you come here to learn how to box, how to punch, you don’t have to be the best,” Tiger, owner of Tiger Boxing, said. “You might not do boxing to become an Ali or a Tiger, but you do it for your own confidence.”

Tiger, who grew up in Uromi, Nigeria, started boxing at age 13, inspired by Muhammad Ali. He would go on to compete in the 1984 Olympics representing West Africa and turn pro in 1985. His professional record is undefeated: 31 wins, 1 draw, and 20 wins by knockout.

Today, Tiger’s love for boxing is evident to anyone who speaks with him, but when his wife Patricia passed away in 1997, he suddenly couldn’t find the strength to do it anymore.

“I love my first wife dearly. When she passed away, I felt something move away from me. My strength, something, left my body that year. Everything stopped. I didn’t work. I didn’t do anything. That was when I stopped boxing. I told my wife, ‘I’m going to stop fighting.’”

It took Tiger three years to find boxing again, initially drawn in by a friend who wanted Tiger to coach him. When his late wife came to him in a dream and told him to go back to doing what he loved, his path became clear. He started coaching at a friend’s gym, unaware that he would end up owning that same gym and turning it into Tiger Boxing.

“And then there was a psychic,” Tiger said. “‘There’s a lady behind you,’ she said, ‘She wants me to tell you something.’” According to Tiger, the psychic told him he’d own a gym in less than six months’ time and would meet his future wife there. And she was right.

In 2006, the very gym he coached at came up for sale. He bought it and owns it to this day, training people of all ages, identities, and backgrounds to become more physically and mentally resilient. One of the people he trained at the gym, Elizabeth, became his wife, just as the psychic had told him. In addition to finding love, Tiger found himself again.

“When I opened the gym, I said, ‘Everything, I remember.’ What I dream of, I want to do. Boxing. To teach people. My mind started coming back. Elizabeth asked me to say things, let my mind clear, let my mind see. Opening the gym made me feel alive, born again. I was so happy. Now, I’m dreaming of boxing. I’m back. It gives me hope to live again.”

Many of Tiger’s clients also come in looking for a way to feel better about themselves. Bullied or belittled, they all have something to prove—a conflict Tiger is familiar with.

“I like to prove people wrong. They’ve said, ‘You can’t do it’ all my life, but I’ve proved them wrong. Many people don’t have belief. Instead, they’re telling me to go play soccer. ‘Soccer is better than boxing. You don’t have the strength. You’re not that big.’ Because they think you have to be Superman to be a boxer.

“Soccer is teamwork. Boxing is individual. You have to trust yourself. You don’t have to be strong to be a good boxer. A person that has technique will beat you.”

In boxing, you must be hit. You must learn how to give and take. That’s what people discover about themselves through boxing.

Emphasizing technique over strength at his gym makes boxing more accessible to his community. From ages five to 75, Tiger teaches everyone, no matter their skill level. One thing everyone needs to have in common, however, is the ability to take a punch.

“You come here to see if you can fight,” Tiger said. “There’s a lot of people that come here to train, but if anyone tries to hit them, they say, ‘Oh, no. I don’t want to get hit.’ Then why are you boxing? In boxing, you must be hit. You must learn how to give and take. So, that’s what people discover about themselves through boxing.”

The self-improvement doesn’t end there. Boxing has also been positive for Tiger and his clients’ mental health. Hitting the punching bag is a great stress reliever and can help with dissipating feelings of anger.

Tiger’s positive mentality and welcoming nature support the inclusive culture of his gym. His clients celebrate his good heart, motivational attitude, and his personal, one-on-one attention.

“That’s why my gym is different,” Tiger said. “I pay attention to you, work with you, talk to you. I don’t do classes. I teach one-on-one. People can come in at the same time, but I will have time for each person. That’s how I work. I’m an old school guy. I like to teach people one-on-one to get in touch with the person I’m training.”

His focus on the individual reflects how he cares for his community—and extends to his pricing.

At the end of the day, Tiger wants his clients to feel satisfied with their experience at Tiger Boxing Gym on every level—the quality of the boxing education and personal attention they receive, how much they pay, and how confident they begin to feel after training with him.

“You have to have confidence in yourself. That’s what I think boxing does for people. Boxing will transform your body, make you feel good, and walk better—walk high. Make you get your stamina, your strength. You can do all that you feel like doing. When somebody leaves Tiger Boxing Gym, I want them to be proud of themselves.”