A new groom, Adewale Yusuf, who recently shocked many Nigerians by indicating on his wedding invitation card that there would be no reception after the ceremony, has told SaharaReporters that it took him only two calls to convince his parents and other family members to buy into his idea.

Though he said it was initially tough to persuade his bride, Blessing, to support the concept, he eventually won her over after a few debates on the issue.

The new couple trended last weekend on the social media with many Nigerians applauding and also bashing their decision not to hold a reception for their guests.

Speaking with SaharaReporters on Tuesday, Yusuf, said that the decision was one of the biggest he ever took in his life.

He said, “When I first informed my parents of the idea not to have a reception after my wedding ceremony, they dropped the call on me.

“Eventually, it took me about two more calls to be able to convince them to support my idea.

“The truth is that I’m a man of my words. I’m a different person, I am not a loud type.

“Many people around me did not like the idea initially but I made sure to let them see reasons with me.

“At the end of the day, everyone appreciated my idea.”

But despite not staging a reception at their wedding, Yusuf told SaharaReporters that many of their guests didn’t return home without having something to eat.

He added, “We shared food for the few friends we invited. I made sure my friends that came from Ibadan went back that day.

“One thing people should know is that there is nothing they want that they can’t do as long as it makes them happy and fulfilled.

“Having a loud reception after the wedding ceremony was unnecessary as far as I was concerned.” 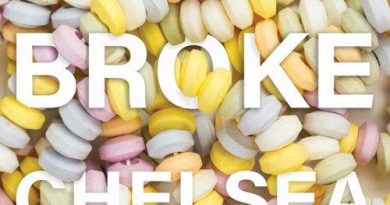 Jin Soon In the middle of winter, you might not realize it, but believe me: spring is almost here. That