The National Council for Women Societies has described transgender activities in the country as “despicable and offensive”.

The group made the comment in a statement signed by its National President NCWS, Gloria Shada.

Shada said that Nigerian women find the promotion of despicable conducts such as nudity and transgender activities as done by Bobrisky whose real name is Idris Okuneye, very offensive.

She said, “It is regrettable and strange for Bobrisky to publicly declare that has 24 boy-friends in high places.

“Rise up to stop this evil before it destroys our children and the future of our nation.”

She said the activities of the cross-dresser is “alien” to our culture and should be stopped to preserve Nigeria’s cultural heritage.

Recall that the police in Lagos on Saturday shut a venue where a lavish birthday party was to be held for Bobrisky.

Bobrisky, who clocked 28 on Saturday, had slated the celebration for two locations in Lagos with one to hold and another for Sunday.

The event was supposed to have held at Pearls Gardens in Lekki Phase 1 and Paradise Boat Club, Victoria Island.

The incident came shortly after Director-General of the Nigerian Council for Arts and Culture, Otunba Segun Runsewe, warned Bobrisky to desist from engaging in acts that runs rubbishes Nigeria’s rich culture.

Runsewe had said, “Bobrisky is a national disgrace. He started by selling and using bleaching creams, now, he has grown boobs, bums and hips.
“If a Bobrisky is doing well with his immoral lifestyle, how do you convince Nigerian youths to do the right thing?
“If we don’t address Bobrisky as early as possible, he will form a team that will spread like wildfire.”

Why Jennifer Lopez and Ben Affleck Skipped the 2022 MTV VMAs 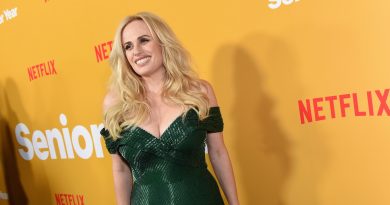