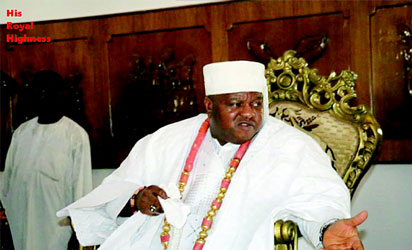 For some time now, all has not been well in Uromi Kingdom, Esan North East Local Government Area of Edo State due to the suspension of the Onojie of the kingdom, His Royal Highness, Anselm O. Aidonojie 11 by the immediate past administration of Comrade Adams Oshiomhole. After the suspension, the people of Uromi took to the streets protesting the suspension of their traditional ruler while some Uromi indigenes headed to court to contest his suspension.

“Your unprovoked attack, inflicting grievous bodily harm on one Mrs Betty Okoebor on September 28, 2016 in full public glare to the embarrassment of those present and causing disgrace to your otherwise esteemed office; ‘Your refusal, even after two weeks, to respond to a query issued by the appropriate authority within the stipulated 72 hours demonstrating total disregard and disrespect for constituted authority; and ‘Travelling outside the country without appropriate permission in further demonstration of your disregard for extant regulations and laws.’

Based on the above and convinced that your Highness has denied yourself of the opportunity of entering a plea against the charges against you that were duly conveyed in writing to you, and therefore in exercise of the powers conferred on the State Executive Council by virtue of Section 28(1) of Traditional Rulers and Chiefs Law (1979) and all other Laws enabling it in that behalf, has approved your suspension from office as the Onojie of Uromi with immediate effect for a period of seven (7) days, that is, from the 26th of October 2016 to the 1st of November, 2016.

Consequently, within the suspension period, you shall cease to be recognized and treated as traditional ruler or as the Onojie of Uromi in Edo State and you shall not exercise any powers or function or enjoy any privileges provided for under the Traditional Rulers and Chief Law (1979) and all other relevant provisions under the said law. Within the 7-day suspension period, you are required to tender unreserved apologies to your victim, Mrs Betty Okoebor and the Government of Edo State. However, if within the said 7 days no public apology in tendered by your very self, you will stand deposed as the Onojie of Uromi.”

Saturday Vanguard learnt that the issue would have been settled after this suspension letter but for some powerful individuals from Uromi who advised the monarch not to apologize. The former Chairman Board of Trustees of the PDP, Chief Tony Anenih, former Minister of Works, Arch.Mike Onolemenmen, the Senator representing Edo Central, Senator Clifford Ordia are all from this area.

In fact after the suspension, the PDP leaders in this area turned the incident to a political fight as the PDP described it as an attempt to rubbish the traditional ruler, arguing that it is nonsensical to ask a traditional ruler to apologize. But unknown to them, they made the issue more complicated for the monarch because Oshiomhole who was governor then, wondered why the monarch would not apologise when he (Oshiomhole) publicly apologized to the widow whom he told to go and die when he caught her blocking the walkway with her goods.

However, Mrs Okoebor who felt that as tradition demands, the king was not supposed to come and apologize to her but she should rather go to the king to reconcile with him, visited the Onojie On Saturday 29 October, 2016 where she begged for forgiveness. They reconciled their differences but what many believed punctured the peace move was the appearance of the running mate to the governorship candidate of the PDP in the last governorship election in the state, Mr John Yakubu, who is from Uromi at the residence of the Onojie in Benin City, when Mrs Okoebor came to reconcile with her monarch.

That complicated the issue although the Onojie sent an apology letter to the state government where he expressed regrets over her altercation with his subject. In his letter dated 28th October 2016, he also apologized to the state government for not replying the query issued to him within the stipulated time and for not obtaining permission before he travelled outside the country. The monarch, rather than apologize to Ms Okoebor as directed by the state government, however said the woman had reconciled with the palace.

Not satisfied with his apology, the Edo State Government in a letter dated 9th November 2016, deposed HRH Aidonojie as the Ojuromi of Uromi for one year. His deposition was contained in a letter signed by Secretary to the State Government, Prof Julius Ihonvbere, entitled “Deposition from Office as Ojuromi of Uromi: The state government gave reasons for his deposition, accusing the traditional ruler of trivializing the issue on ground.

The government accused the traditional ruler of moving from one polling booth to another on the day of the governorship election campaigning and coercing voters to vote for his preferred party and candidate and in the process assaulted a woman who refused to yield to his threats. He was also said to have ridiculed the Edo State Government and derided the directive that he should apologise to Ms. Okoebor, by proceeding to organise a “forgiveness Session” in his Palace, in his capacity as Ojuromi, wearing a crown even when he was still suspended from Office, purporting to be “forgiving” Ms. Okoebor.

The government, in the letter of deposition said it “shall under no condition, tolerate indiscipline, reckless abuse of traditional privileges, disrespect for its pronouncements, and flagrant humiliation of law-abiding citizens of the State.

In view of the facts established above, taking cognizance of your letter of apology that falls short of the public apology expected from you within the stipulated time, and the earlier suspension letter which had specified dethronement after 7 days; in exercise of its powers, the Government of Edo State hereby commutes your dethronement to a one-year suspension from office as Ojuromi of Uromi in accordance with Section 28(1) of the Traditional Rulers and Chiefs Law (1979) with effect from the 7th of November, 2016.

“During this period of suspension under extant laws, you are hereby stripped of all the privileges and rights of the Ojuromi of Uromi and barred from performing any duties whatsoever in that regard. By virtue of this suspension from office, your remuneration from the 5 percent monthly FAC allocation to the Local Government shall be appropriated and donated to orphanages during this period.”

How politicians misled the monarch

The suspension did not go down well with the Onojie of Opoji and 1st Vice Chairman Edo State Council of Traditional Rulers and Chiefs, His Royal Highness (HRH), Ehidiamen Aidonojie 1, who lamented that the matter would have been settled but for the activities of PDP leaders in Uromi. According to him, the activities of the PDP leaders in Uromi and few traditional rulers in Esanland are derailing the peace process.

His words: “we, the traditional rulers from Esanland were shocked to hear about the suspension. We had earlier set up a committee at Igueben and we told him to apologize to the state government and the woman involved. But these politicians came to discourage him. The detractors should allow him do the right thing so that peace will reign.

People who want the crisis to persist are protesting but I know that His Royal Highness has no hand in these protests because I know that since this matter started he left Uromi. I want to appeal to the politicians in Uromi that they should quietly allow traditional rulers in Esanland to resolve this issue. We saw Senator Clifford Ordia going to the press to castigate Governor Godwin Obaseki who just came in as a governor.

These Uromi people should allow peace to reign because this will not help anybody. They should allow us to handle this matter properly. If they had taken my advise earlier, the matter would not have got to this extent. I have told my people if you continue to abuse Obaseki then you don’t want development in the area. Esan traditional rulers are not leaving our colleague to face this battle alone. And if people had respected themselves I believe this matter would have been resolved peacefully”.

APC and Muslim-Muslim Ticket: Why Nigerians Should Loose Sleep By Ogacheko Opaluwa 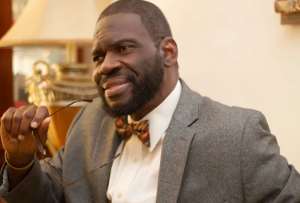