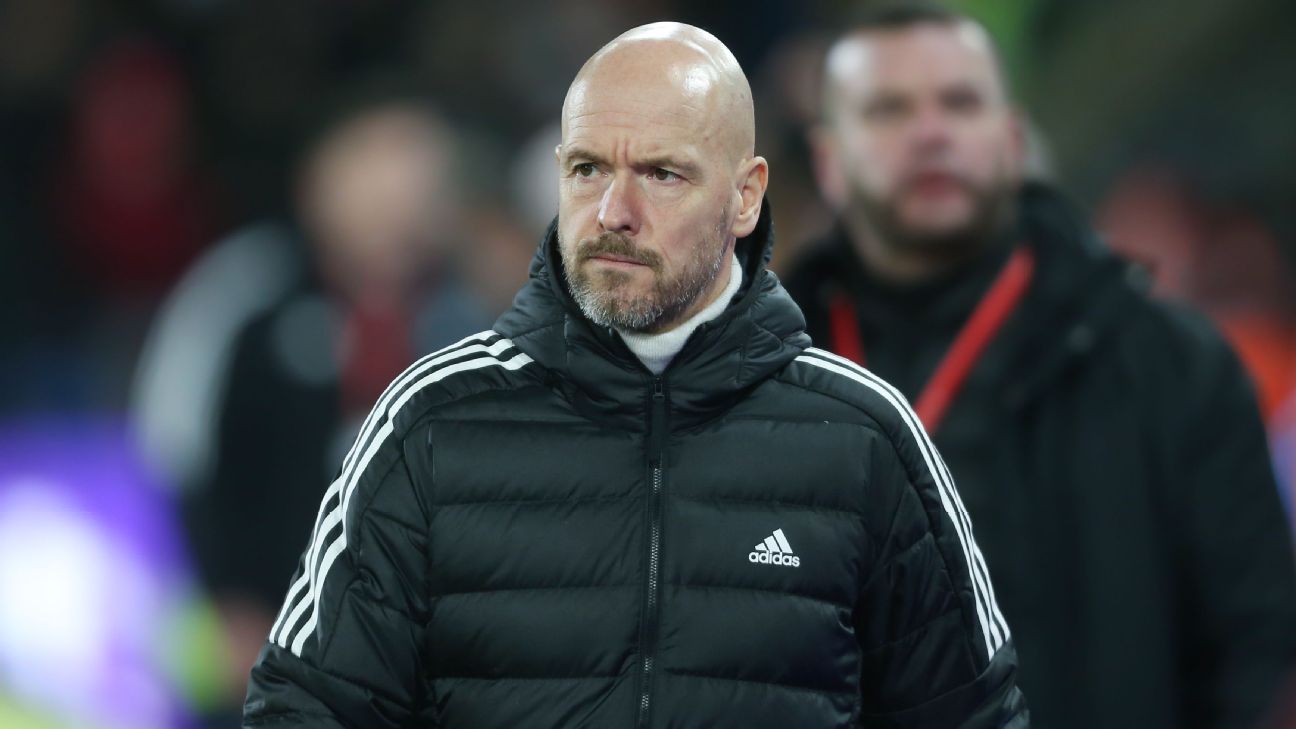 Manchester United manager Erik ten Hag said his team are heading in the right direction to challenge at the top end of the table but warned the club must continue investing if they want to keep pace with their rivals.

United head to Premier League leaders Arsenal on Sunday looking to cut an eight-point deficit between the two teams. Ten Hag’s team had a chance to make that gap six points on Wednesday but fell to a late equaliser in their 1-1 draw at Crystal Palace.

Ten Hag has been impressed by Arsenal and said there were signs of their ambition and strategy in their last meeting, a match United won 3-1 at Old Trafford back in September.

Ten Hag is not surprised by Arsenal’s form under Mikel Arteta but said the Premier League is so competitive that any one of seven teams can end up winning the competition such is the level of investment in the top flight.

“The Premier League in this moment develops into having six or seven teams who all can finally win the league because there are so many investments,” Ten Hag said. “When you have the right philosophy and strategy, many more clubs can compete for the top positions in the league.

United are still in all four competitions this season — they’re in the semifinals of the Carabao Cup, into the fourth round of the FA Cup and into the Europa League playoffs. With the January transfer window in full swing, they’ve already added Netherlands striker Wout Weghorst to the squad on a six-month loan and Ten Hag said on Friday the club would bolster the squad if the right player became available.

Though Ten Hag feels the club are certainly heading in the right direction to consistently challenge for the league title — having last won the Premier League a decade ago — he has sounded a note of caution saying there is no room for complacency on or off the field for risk of falling behind their rivals.

“I’m quite convinced of the process [at Manchester United],” Ten Hag added. “I think we’re [heading] in the right direction so but it also means we have to improve a lot if we want to compete in the future for the top positions because the competition will be really tough.”

United are sweating on the fitness of Diogo Dalot ahead of their trip to Arsenal, while Anthony Martial is also a doubt. If Dalot fails to recover from a hamstring injury, then Aaron Wan-Bissaka is set to continue at right-back.

The 25-year-old looked to be frozen out at Old Trafford having struggled with form, illness and injuries. He played just four minutes in the Premier League up until the World Cup, but since the midseason break, his form has flourished and has impressed Ten Hag.

“He’s picking up the coaching, and he’s making good progress from the start of the season until now,” Ten Hag said of Wan-Bissaka. “He was in a bad situation because he was not fit — he had a lot of injuries, couple of illnesses in the first half until November.

“Things changed after the break, or during the break. He worked well in the preseason before the second half [of the season], he worked well in the training camp and he had some good performances in the games and made good progress. He was one of our best players against Crystal Palace.”