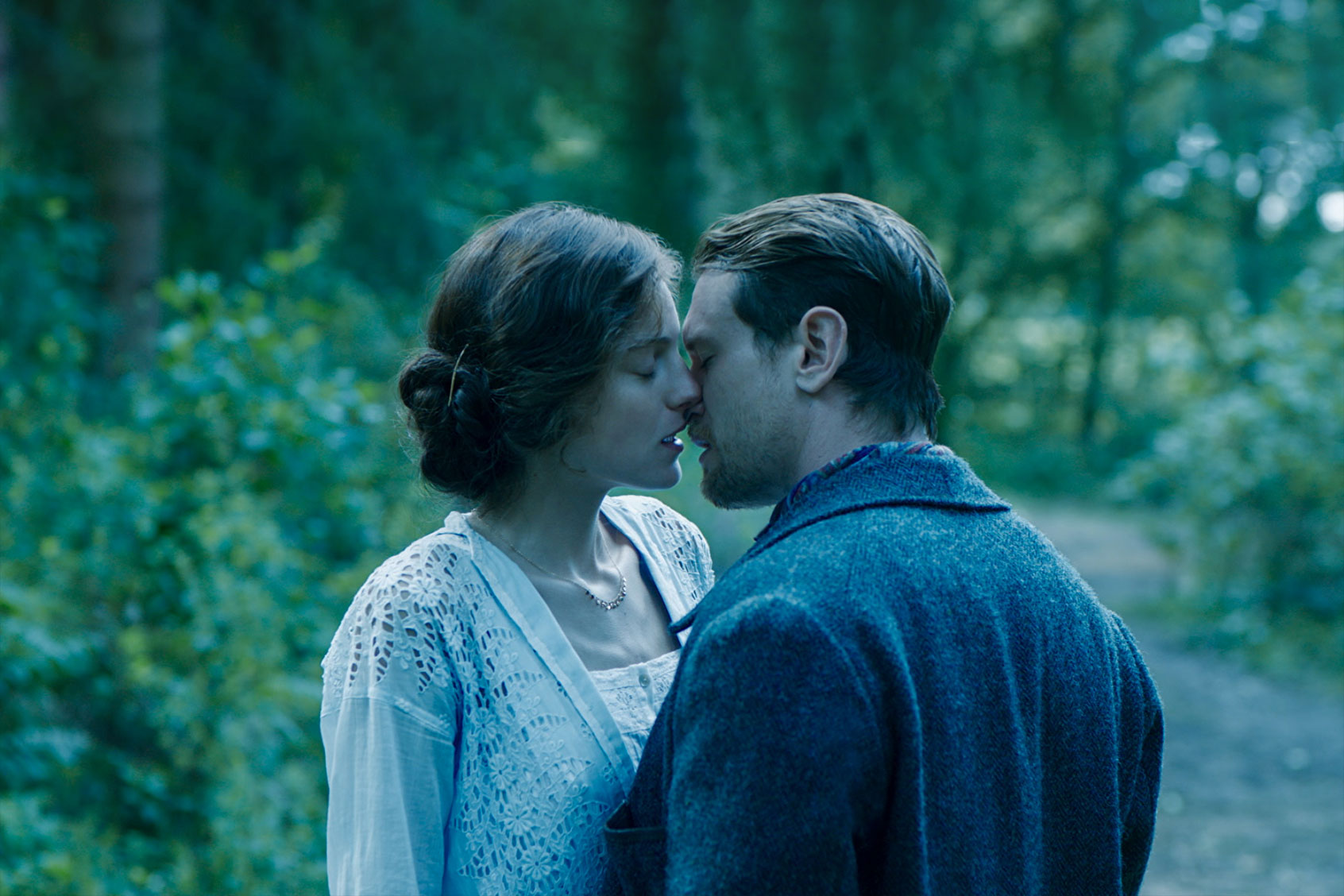 “We put the body in the center of the conversation in the film.”

This handsomely mounted film is set mainly at Wragby, the country estate owned by Lord Clifford Chatterley (Matthew Duckett), whose war injury has paralyzed him from the waist down. While he suggests Lady Chatterley take a lover to produce an heir, he does not anticipate her falling in love with one of his estate’s employees.

Clermont-Tonnerre spoke with Salon about her adaptation of “Lady Chatterley’s Lover.”

Why make this film now? What did you bring to it or how did you see the story differently, given all the adaptations?

When I read it in April 2020, full pandemic, I saw the importance of human connection and sensuality and touch. But what I wanted to do was tell the story through her eyes and to be under her skin and provide an immersive experience. That has never been done. It has always been three actors who are equally important in the story; that’s how it was written.

This is very much a film about a woman finding and experiencing pleasure. Can you talk about how you approached that aspect of the film?

Lawrence was the first writer to address female sexual pleasure. His book was banned for obscenity; it was scandalous. It was something important that almost a century after it was banned to remind [audiences] that we are still living with puritanism. This is about a woman who takes ownership of her body and that is something that is still very problematic for a lot of people. There is such a modern, avant-garde message from D. H. Lawrence about sexuality in general, that it is very pure and beautiful, not shameful, or dirty. He is celebrating sexuality. For him it was very vital. Allowing yourself to be sexual and be sensual should resonate strongly today. It is more political for women taking control of their bodies, which is happening because there are still political conflicts about women’s bodies.

This is a feminist film in that Lady Chatterley does find a bit of agency despite her limitations because of gender and the era. Can you talk about developing that theme, especially as a female filmmaker?

As a woman, talking about sexual pleasure and the sensuality and power of the woman’s body is something that I was strongly invested in. Emma was as well. Together, we were careful to portray this liberation and this approach of accepting freedom. We put the body in the center of the conversation in the film. I think that the fact that we were so aligned in what we wanted to do created a great partnership. That we could work with an intimacy coordinator allowed us to be emotional and in a safe space for those scenes and achieve what we wanted to make.

My first film (“The Mustang”) was also very sensual, about man and horse. I’m inspired by sensuality, and body language, and invisible dialogue, and what connects two human beings. I try to find those moments of magic and connection. I feel there are men who are sensual. The fact that I am a woman helped for this film’s sensual approach. 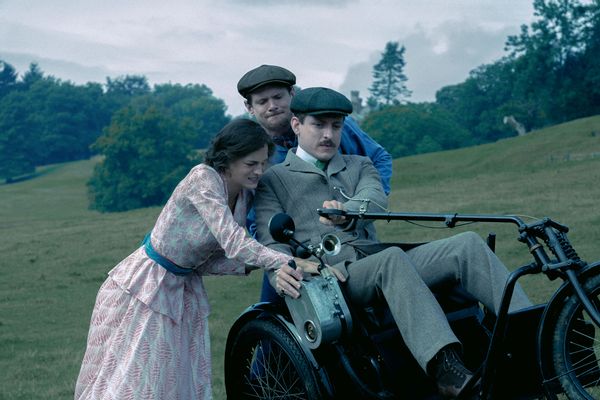 There are discussions of class, having a purpose in life, and being used or exploited vs. being dignified. How did you consider each character’s position or role in society? Clifford’s disability is represented as impotence; Mellors is defined by his tenderness. Lady Chatterley by her mind/body being free while she is “trapped.”

When I first read the script, there was something about the characters all being trapped in different ways. Mellors in trapped in the class system. Lady Chatterley in trapped in an unhappy marriage. And Clifford is trapped in his wheelchair. How are these characters breaking free? They are going towards freedom in different ways. Clifford finds control going from being a writer to being a businessman and owning control over himself and finding dignity he feels he lost. Lady Chatterley needs to explore her intimacy and the awakening of her pleasure to find freedom. Mellors has an understanding of class. His freedom is being in a place where he feels secluded in nature and feels protected. This is his own freedom. He has this tenderness and allowing him to be vulnerable, and sensitive and tender — this is his way out. They all have this tragic story, but they all work towards the same goal.

What can you say about visually conveying the themes of the story — using space to convey isolation, or being solitary, or trapped?

“We choreographed the scenes. The intimacy coordinator comes from dancing, and she had dancers translate the body language.”

The shallow depth of field is used to isolate her. Inside the house, there is lots of darkness around her. We used rigid frames inside where you feel her claustrophobia more. Obviously, the windows and the space of the house towering over this valley was also meant to give the feeling of anxiety. We shot inside in a very restricted and rigid and studio mode. Outside it was very free, with the camera looser, translating her restlessness, running around. We used handheld mostly for the outside shots and in editing we went from close shots to wide to emphasize vertigo from inside and outside, so you feel the air, the greens, the heartbeats, which emphasize imprisonment.

It was very challenging. We tried to find the right emotions behind those scenes, so they are not gratuitous or boring. Those scenes are in the book and the film for the same reason — to push the emotions and the relationship of the characters forward and help them unleash themselves and find themselves. We talked about those scenes and had the help of an intimacy coordinator who understood what we wanted to do. We choreographed the scenes. The intimacy coordinator comes from dancing, and she had dancers translate the body language and understand the emotions behind the scenes. When I found the arc, the actors came in. I told them this is what I had in mind and what would make sense, and we shaped it. There was improvisation and precision to the choreography. We rehearsed it so much that it allowed us to feel safe and could talk though details of certain positions and scenes and not feel awkward or scared. It allowed us to approach it like it was a stunt. It was a game-changer to achieve what I wanted to do and to do it with sensitivity and truth. Without the intimacy coordinator, I wouldn’t have been able to go this far. The actors, too. We were all completely guided by her. Her process was really smart. She would break the ice on every subject, technical details, props needed — anything that crossed your mind and thought it might be weird. We were prepared for the day when we shot, and it felt natural.

I am a former actor. Fifteen years ago, I was on a set, and no one explained anything. Sex scenes were like an elephant in the room. It is not the job of actors to simulate sex scenes without understanding. Reality and fiction are way too close. When you have someone to lead those scenes as if they were stunts, you are able to do your job well. We are approaching these moments with more delicacy and humanity now. In the past it was hard to do them.

The film is very much about living with the consequences of your actions. What lessons resonated with you? Would you give up everything for love?

Yeah, definitely! I am a romantic!  I believe you can change your life for someone you love. I am convinced that when love is pure and earned, and when you are being loved, it is so precious and rare. There are some sacrifices that should be made for the best. I actually moved for the love of my life, which was not that much of a sacrifice. [Laughs.] You definitely change your life for someone you feel safe with and is going to be your partner for life.

“Lady Chatterley’s Lover” is in select theaters Nov. 23, and will be streaming on Netflix starting Dec. 2.

Getting to ‘net-zero’ emissions: How energy leaders envision countering climate change in the future

When I Had My First Hot Flash, I Didn’t Realize What Was to Come

“Don’t be ugly”: Marjorie Taylor Greene and Lauren Boebert get into loud argument in House restroom