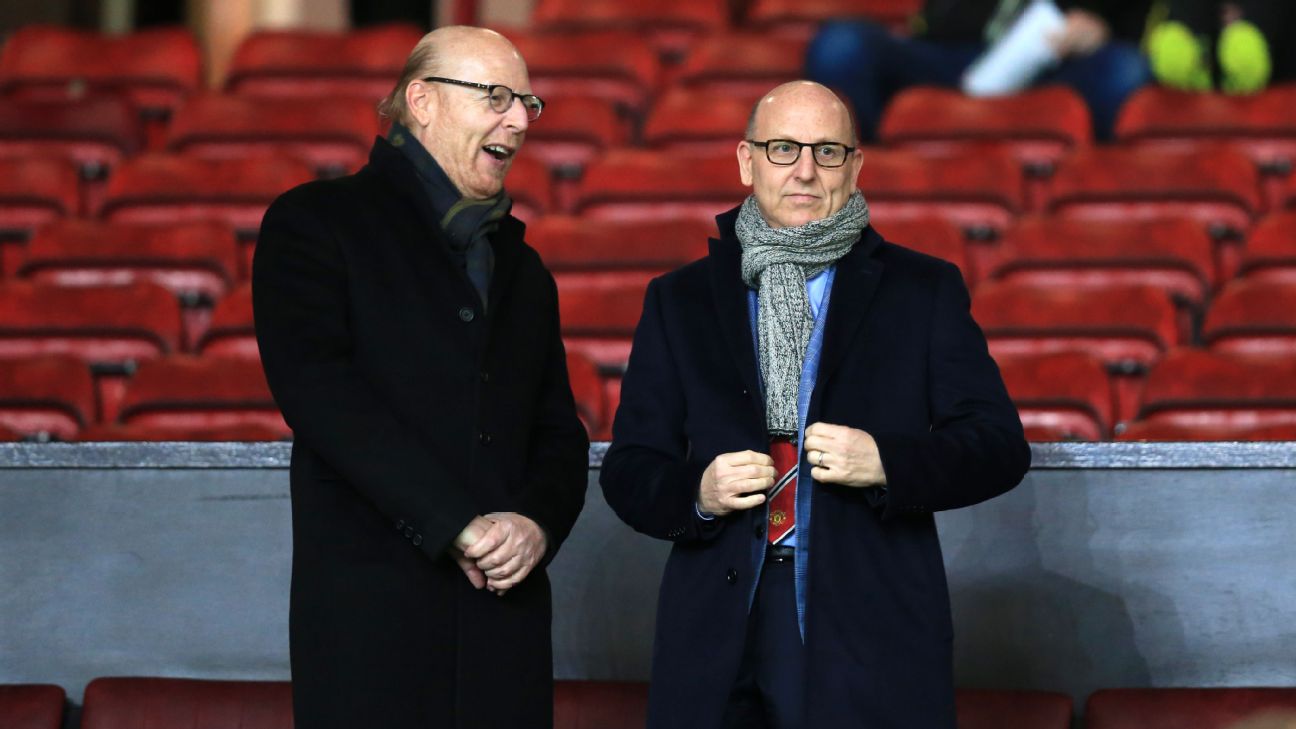 Manchester United‘s owners, the Glazer Family, are looking for a world record price for a sports franchise if they are to sell the club, sources have told ESPN.

The Glazers issued a statement on Tuesday to say they are looking at “strategic alternatives” including outside investment or a sale.

Sources have told ESPN a full takeover is the most likely outcome, although the Glazer family will only accept an offer that would make United the most expensive sports club ever.

Forbes’ latest valuation puts United at £3.8bn ($4.59bn) but sources have told ESPN the Glazers believe they can attract offers in excess of £6bn ($7.25bn).

Sources close to the process have told ESPN that the statement issued on Tuesday was deliberately vague as to not weaken the Glazers’ negotiating position.

While co-chairman Joel Glazer is still heavily involved in the day-to-day running of the club, other Glazer siblings have “differences in strategy” and believe it is the right time to sell.

Co-chairman Avram Glazer told Sky News on Wednesday: “As we announced, the board went through a process and it was decided it’s going to look at different strategic alternatives and that’s what we’re doing.

“We’ve gone through a process, we’re going to look at all different strategic alternatives and we’ll see where it leads us.”

Sources have told ESPN that The Raine Group, named as the Glazers’ “exclusive financial advisor” after handling the sale of Chelsea to LA Dodgers part-owner Todd Boehly and his consortium, have not put a deadline on receiving offers for United and there is an expectation that many of the same parties who took part in the process to buy Chelsea will register their interest.

British billionaire Sir Jim Ratcliffe, a boyhood United fan who made an offer to buy Chelsea before the sale to Boehly, is yet to comment on speculation that he could be among the bidders.

Big questions for Mexico: Injuries, leadership, and the ‘quinto partido’