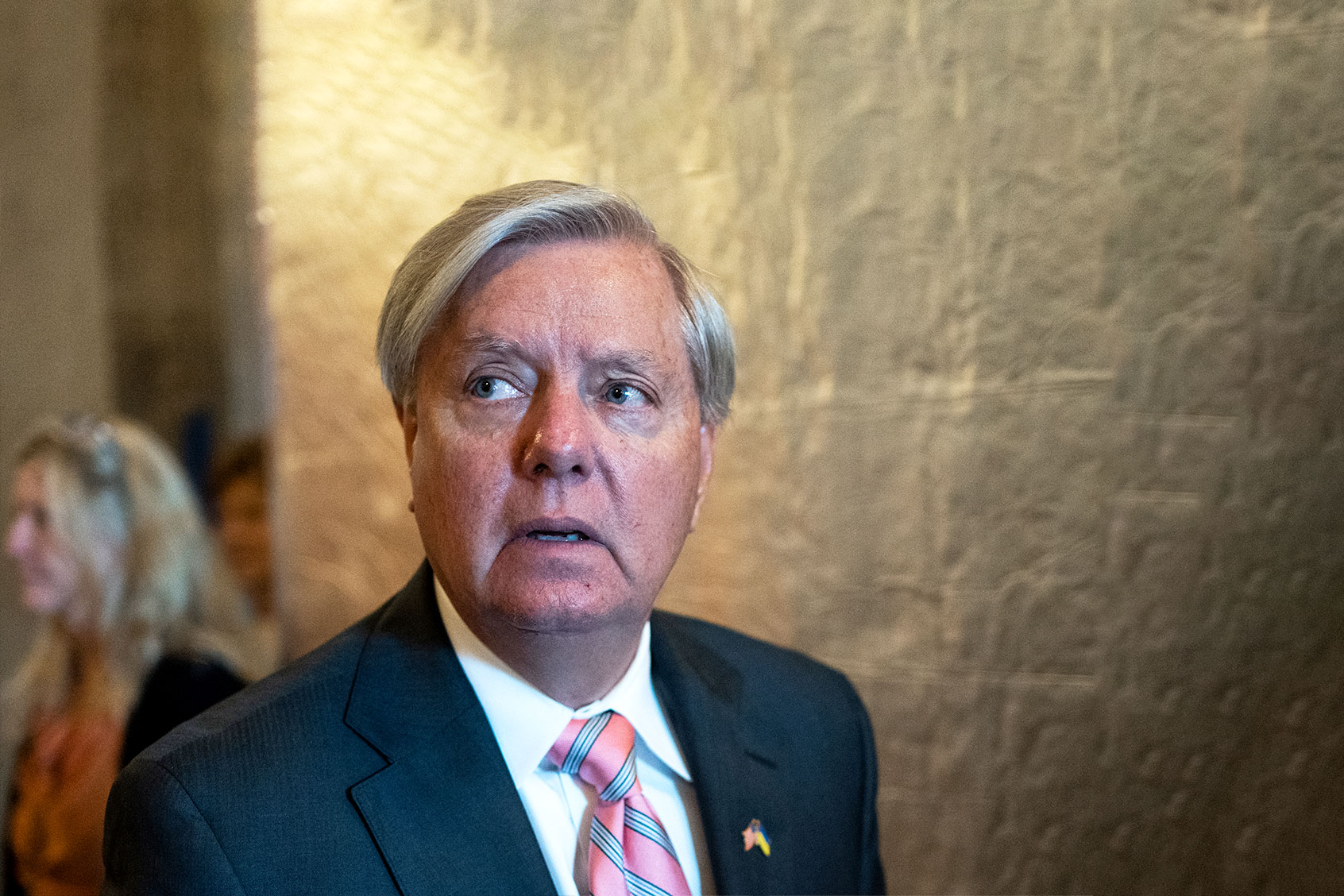 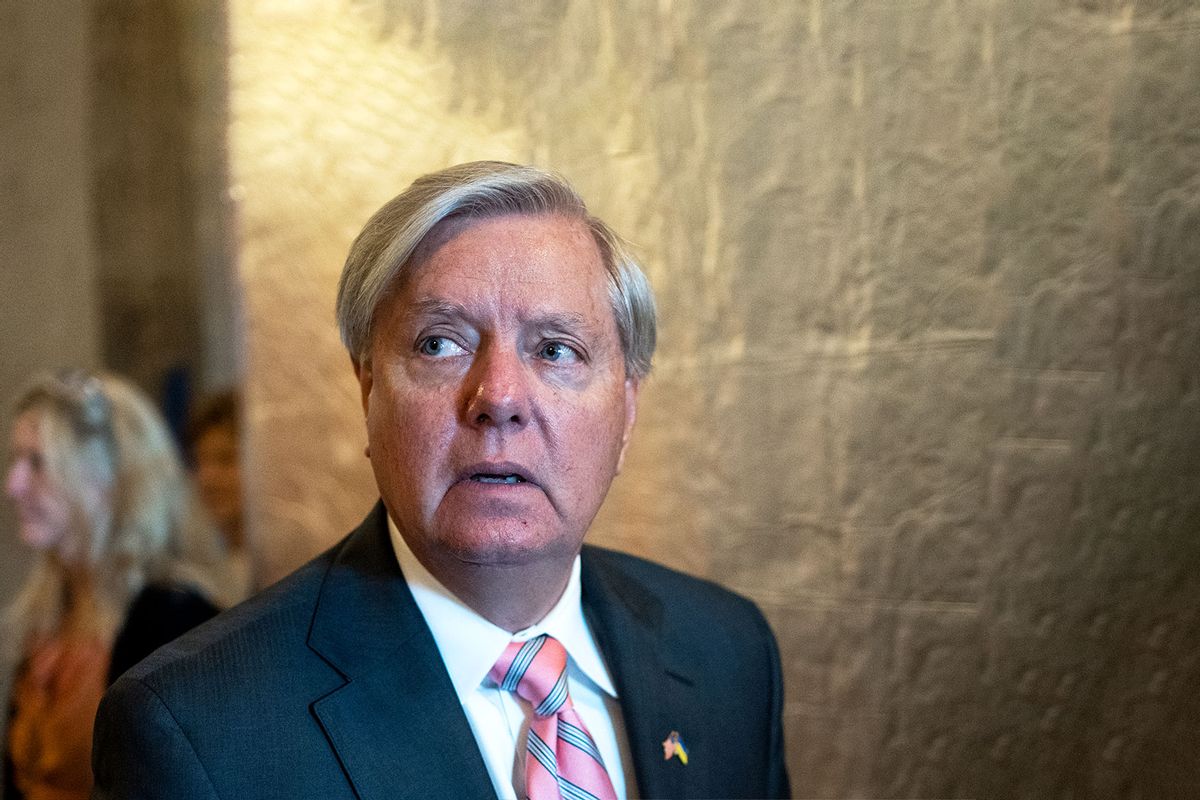 In his concurrence in Dobbs v. Jackson Women’s Health, the Supreme Court decision that overturned Roe v. Wade, Justice Brett Kavanaugh went to great pains to reassure Americans that their ability to get an abortion is not under threat. He wrote, “the Court’s decision today does not outlaw abortion throughout the United States.” (Emphasis his.) While he briefly mentions that Congress can always pass a national ban, he largely skates by that possibility to focus on how Dobbs technically “does not prevent the numerous States that readily allow abortion from continuing to readily allow abortion.”

Implicit in Kavanaugh’s argument was an assumption that, so long as middle and upper class people feel they will always have access, by and large they will not care if people who are too constrained by poverty to travel are forced into unwanted childbirth. But Kavanaugh also underestimated how determined the Christian right, through the Republican party, is to make sure that no one — outside of the very wealthy who can travel out of country — has access to abortion.  As soon as it became clear that pro-choice activists were having real success protecting abortion rights in some states — and not just in blue states, but places like Kansas and Minnesota — anti-choice activists started to strategize about how to prevent people from getting abortions by simply hopping in a car or on a plane.

Sen. Lindsey Graham, R-S.C., joined that process on Tuesday, unveiling what will no doubt be the first in a series of Republican bills meant to restrict abortion on a national scale. He introduced the “Protecting Pain-Capable Unborn Children from Late-Term Abortions Act,” a title which accomplishes the remarkable feat of including at least two lies. First, the bill would ban abortions at 15 weeks, which is approximately 13 weeks after fertilization and 11 weeks after the first missed period. No respectable doctor would call that a “late term” abortion. Second, as the American College of Obstetricians and Gynecologists notes, “The science conclusively establishes that a human fetus does not have the capacity to experience pain until after at least 24–25 weeks.” The idea that a fetus feels “pain” at 15 weeks comes straight from anti-abortion propaganda, not science.

Instead, the machinations behind this bill suggest that the 15-week cut-off is not about any sincere concern about “pain,” but a political gambit meant to move along the process of eventually banning abortion nation-wide, while not intensifying the already significant voter backlash against Republicans over the issue.

Right now, Republicans are the ones who are viewed by most voters as the extremists. Republicans want to reframe the issue. Their strategy to do so involves blatant lying. Republicans repeatedly make the risible and flat-out false accusation that the pre-Dobbs legal structure allowed abortion “up until the time of delivery.”

During the press conference announcing this bill, Graham repeated the lie, accusing Senate Democrats of wanting allow abortions “up to the moment of birth.” As the Kaiser Family Foundation notes, however, “these scenarios do not occur, nor are they legal, in the U.S.” Indeed, 88% of abortions are in the first 12 weeks and those after 21 weeks are about 1% of abortions. Third trimester abortions are so rare, and so reliably due to serious medical trauma, that they aren’t even independently measured by any health care organization.

Republicans want to change the conversation away from their support for absolute bans. Fifteen weeks isn’t a number chosen for medical or scientific reasons, but mainly because it’s easy to paint those abortion patients as lazy and irresponsible. It’s about encouraging voters to believe they personally would never be affected. The leader of SBA List, a prominent anti-choice organization, made the political impetus behind reasoning explicit on Twitter, writing, “By a 20-point margin, voters in key battleground states prefer a Republican who supports protections at 15 weeks to a Democrat who supports abortion on demand until birth.”

Of course, this is a false choice. Republicans, as state legislatures are showing, by and large prefer absolute bans on abortion. Democrats, as fact checkers routinely point out, support the pre-Dobbs medical structures where such abortions “until birth” simply do not happen.

In fact, as the Washington Post reported last week, the original Republican plan in Congress, first reported on in the spring, was to roll out a bill to ban abortions at six weeks, which is about two weeks after the first missed period. But clearly, enough Republicans have been surprised at the backlash over the Roe overturn that the great backpedaling has begun. Candidates are scrubbing websites to conceal hardline anti-abortion views, and the effort to pretend the overturn of overturn only affects “late term” abortions has kicked into full gear.

If some voters are reassured by the 15-week limit in Graham’s proposed ban, they shouldn’t be. Yes, those abortions are relatively rare. But the later in a pregnancy an abortion is performed, the likelier it is that it’s a medically indicated abortion — and often a pregnancy the patient otherwise wanted to carry to term. As Kaiser Family Foundation explains, “a fetal anatomy scan is performed around 20 weeks” and it’s often not until then that patients will learn their baby will not survive long after birth. One patient profiled by CNN this weekend reports gives a typical example. Her wanted pregnancy was ended after a scan showed “heart, lung, brain, kidney and genetic defects” that would lead to stillbirth or death right after birth. She lived in Texas and was forced to abort in New Mexico. Graham’s bill has no exception for abortions in cases of fetal anomaly.

This patient, like many who find themselves in an abortion clinic, once thought of herself as “one hundred percent pro-life.” But medical emergencies can happen to anyone who gets pregnant, whether they want to have a baby or not.

Even with medical exceptions built into bans, patients are still running into roadblocks. As the New York Times reported Saturday, patients in Texas wait “an average of nine days for their conditions to be considered life threatening enough to justify abortion,” leading to “hemorrhaging and sepsis” and even the total removal of the uterus. These kinds of ill effects will likely just keep compounding, as fewer and fewer doctors are even trained to do such procedures, making them not just legally fraught but technically daunting for doctors to consider.

There’s also no reason to believe Republicans will be satisfied with a national 15-week ban. The strategy has always been to gradually push back the gestational limits until it’s basically impossible to have enough time after a positive pregnancy test to get the abortion. We see this on a state level, where the bans started at 20 weeks, were pushed back to 15 weeks and then six weeks and now, as has happened in Texas, it’s banned no matter what. With a midterm election bearing down, Republicans don’t dare go past 15 weeks for a proposed national ban. But when they perceive the political heat turned down, it’s likely those gestational limits will start being pushed back again, until they are gone.

What is “social emotional learning” — and how did it become the right’s new CRT panic?

Beyoncé Is Now the Most Grammy-Nominated Artist in History, Along With Jay-Z

The holidays approach, and there’s plenty on our minds: Which parties to attend, coordinating travel to see friends and family,