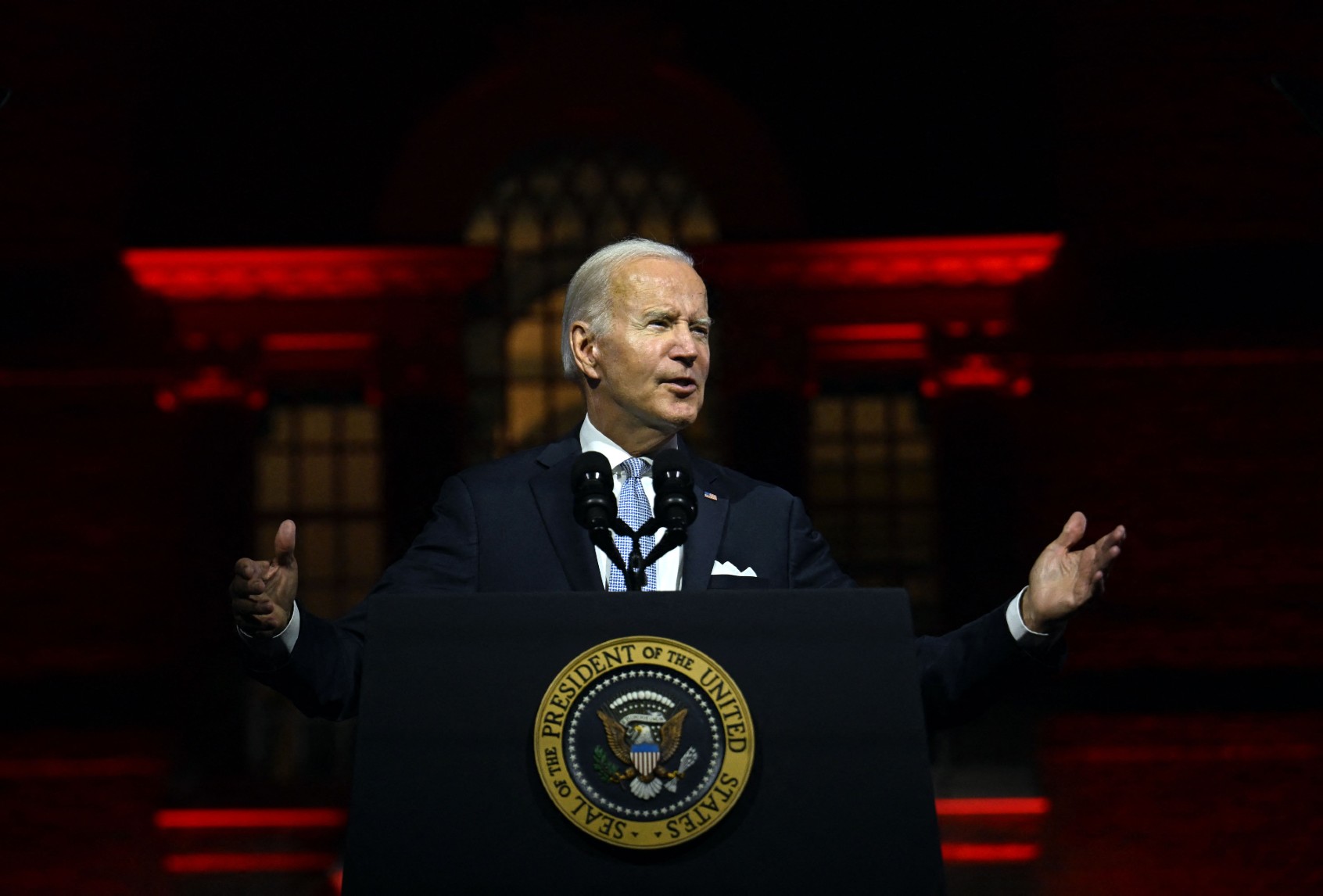 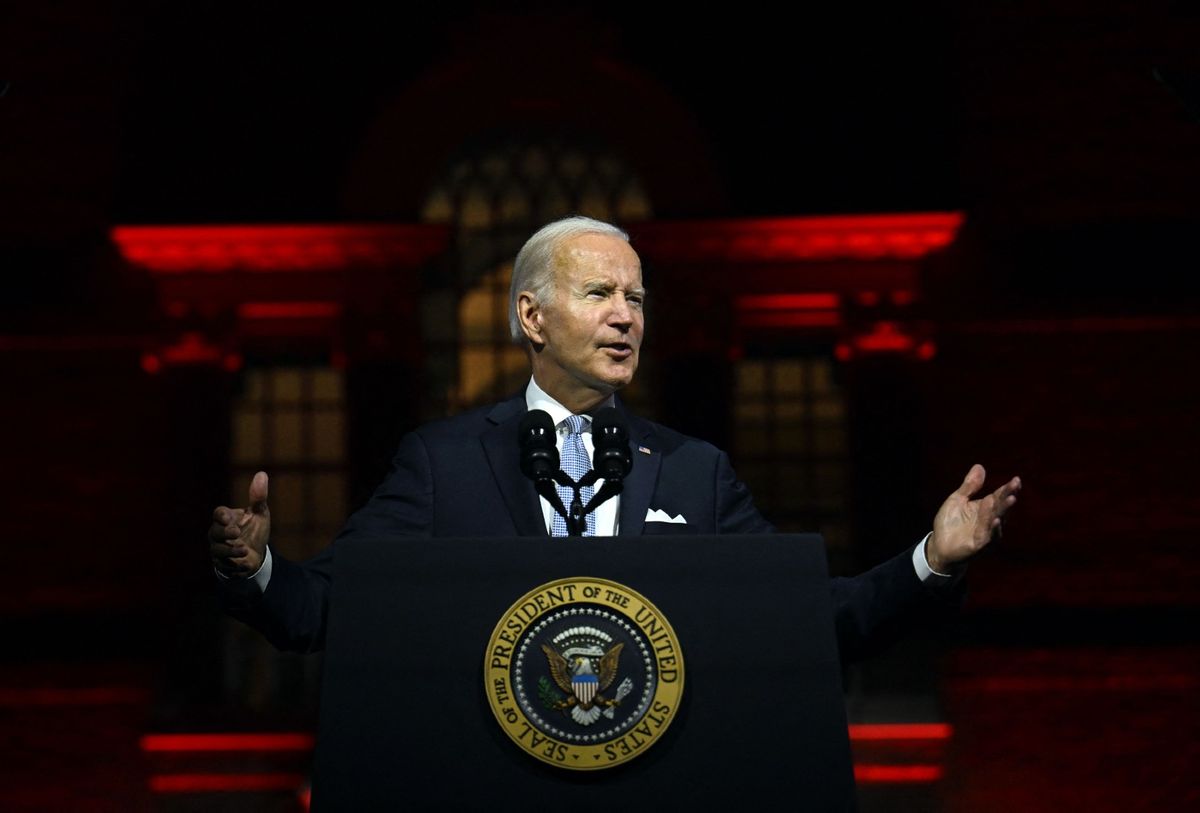 President Biden addressed hecklers and brought a firm and direct tone to Thursday night’s “battle for the soul of the nation” speech delivered outside Independence Hall in Philadelphia.

With the main theme of the evening being Trump’s MAGA following, and the violence that’s erupted in the political and social landscape since the January 6 riot at the U.S. Capitol, Biden strongly urged those in attendance, and anyone listening, to look towards a brighter future that’s not weighed down by fear and darkness.

“I believe that America is at an inflection point,” Biden says towards the top of his speech. “One of those moments that determine the shape of everything that’s to come after. And now America must choose to move forward, or to move backwards. To build a future or obsess about the past. To be a nation of hope and unity and optimism, or a nation of fear, division and of darkness. MAGA Republicans have made their choice. They embrace anger. They thrive on chaos. They live not in the light of truth, but in the shadow of lies.”

“MAGA Republicans do not respect the Constitution,” Biden continued. “They do not believe in the rule of law, they do not recognize the will of the people. They refuse to accept the results of a free election, and they’re working right now, as I speak, in state after state, to give power to decide elections in America to partisans and cronies, empowering election deniers . . . MAGA forces are determined to take this country backwards. Backwards to an America where there is no right to choose. No right to privacy. No right to contraception. No right to marry who you love.”

Interspersed between Biden’s talking points was the sound of hecklers in the crowd making a ruckus and even yelling out obscenities directed towards the President. To them, Biden gave a direct address saying “They’re entitled to be outrageous; this is a democracy. Good manners and common sense is nothing they’ve ever suffered from.”

“If we do our duty, in 2022 and beyond, then ages still to come will say that we, all of us here, we kept the faith,” Biden said in his closing statements. “We preserved Democracy. We heeded not our worst instincts, but our better angels.”

Best of 2022 | Antyesti in Brooklyn: How NYC honored my father upon his death, during a time of hate