Raphinha scored the only goal of the game as Barcelona beat Real Madrid 1-0 in the first Clasico of the season in Las Vegas.

The Brazil winger — signed from Leeds this month — put Barca ahead in the 27th minute of the Soccer Champions Tour friendly, firing into the top corner after Eder Militao gave the ball away.

Substitute Marco Asensio missed Madrid’s best chance, shooting wide, and Thibaut Courtois made a string of late saves as Barcelona dominated in front of a crowd of 61,299 fans.

Robert Lewandowski, who was presented as a Barca player on Wednesday, started his first game for the club at the Allegiant Stadium alongside fellow summer signings Raphinha and Andreas Christensen.

– Preseason schedule: When, where, who Europe’s top clubs will play
– Soccer on ESPN+: FC Daily | Futbol Americas
– Don’t have ESPN? Get instant access

Madrid were without Karim Benzema — who only joined preseason training this week — so Eden Hazard started in attack, while there were also starting spots for new arrivals Antonio Rudiger and Aurelien Tchouameni.

“Benzema is the best player in the world,” head coach Carlo Ancelotti told Real Madrid TV after the match. “Of course when he isn’t there we miss something.”

Lewandowski got a first sight of goal in the 11th minute when his fierce effort was saved by Courtois at the near post.

Madrid responded through Fede Valverde, who hit the post from distance, before Ansu Fati shot wide after Eduardo Camavinga lost the ball.

Rudiger — who began the match at left-back, with David Alaba playing in central defence — got forward after 26 minutes, cutting inside and shooting across goal, before Raphinha opened the scoring moments later at the other end.

Militao, harried by Barca’s high press, attempted a risky pass across the penalty area, and the winger took advantage, taking a touch before shooting left-footed past Thibaut Courtois for his second goal of preseason.

Lewandowski had a close-range effort blocked by Alaba and Jordi Alba was booked for bringing down Vinicius Junior on the break before half-time.

Asensio spurned an excellent opportunity to level in the 58th minute, shooting off target after exchanging passes with Lucas Vazquez.

Another substitute, Franck Kessie, was denied by Courtois and Barcelona were unfortunate not to be awarded a penalty after Alvaro Odriozola handled inside the box.

Courtois was called into action again to save from Ousmane Dembele and Sergino Dest, and Mariano Diaz headed wide, in a hectic final few minutes.

“In the second half we controlled the ball better,” Ancelotti said. “In the first half we defended well, with a low block, but we lacked a bit of quality. We saw that in the second half.” 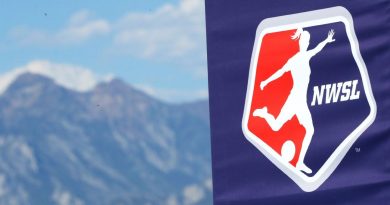