A Senior Advocate of Nigeria (SAN), Ebun-Olu Adegboruwa, has condemned the ruling All Progressives Congress’ (APC) choice of a Muslim-Muslim ticket in the 2023 presidential election, describing it as terrible and insensitive.

Adegboruwa, condemned it in a statement made available to SaharaReporters on Sunday, calling on Nigerians of all religions to rise up against the ruling party’s choice with their votes in 2023.

This comes a few hours after SaharaReporters reported that the APC presidential candidate, Bola Tinubu had finally settled for a Muslim-Muslim ticket as he picked the former governor of Borno State, Senator Kashim Shettima as his running mate.

It was also gathered that Tinubu had wanted to pick the incumbent governor of the state, Babagana Zulum, as his running mate but he reportedly pleaded that his mentor, Shettima should rather be picked.

Reacting to the development, Adegboruwa said, “It is a terrible choice, in one million ways!!!

“Nigerians, whether Muslims, Christians, Traditionalists, etc, should reject APC with their votes come 2023.

“A Muslim-Muslim ticket in present-day Nigeria is fuel for Boko Haram, incentive for ISWAP and a call for more terrorists.

“Unless of course those parading the ticket are themselves complicit.

“There is no better way to insult our sensibilities.

Ex-GOP Jan. 6 investigator warns there are still “three dozen” MAGA lawmakers who should be probed 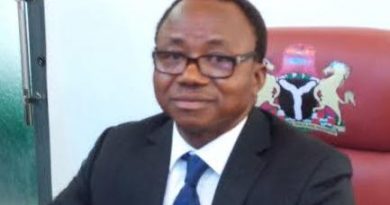