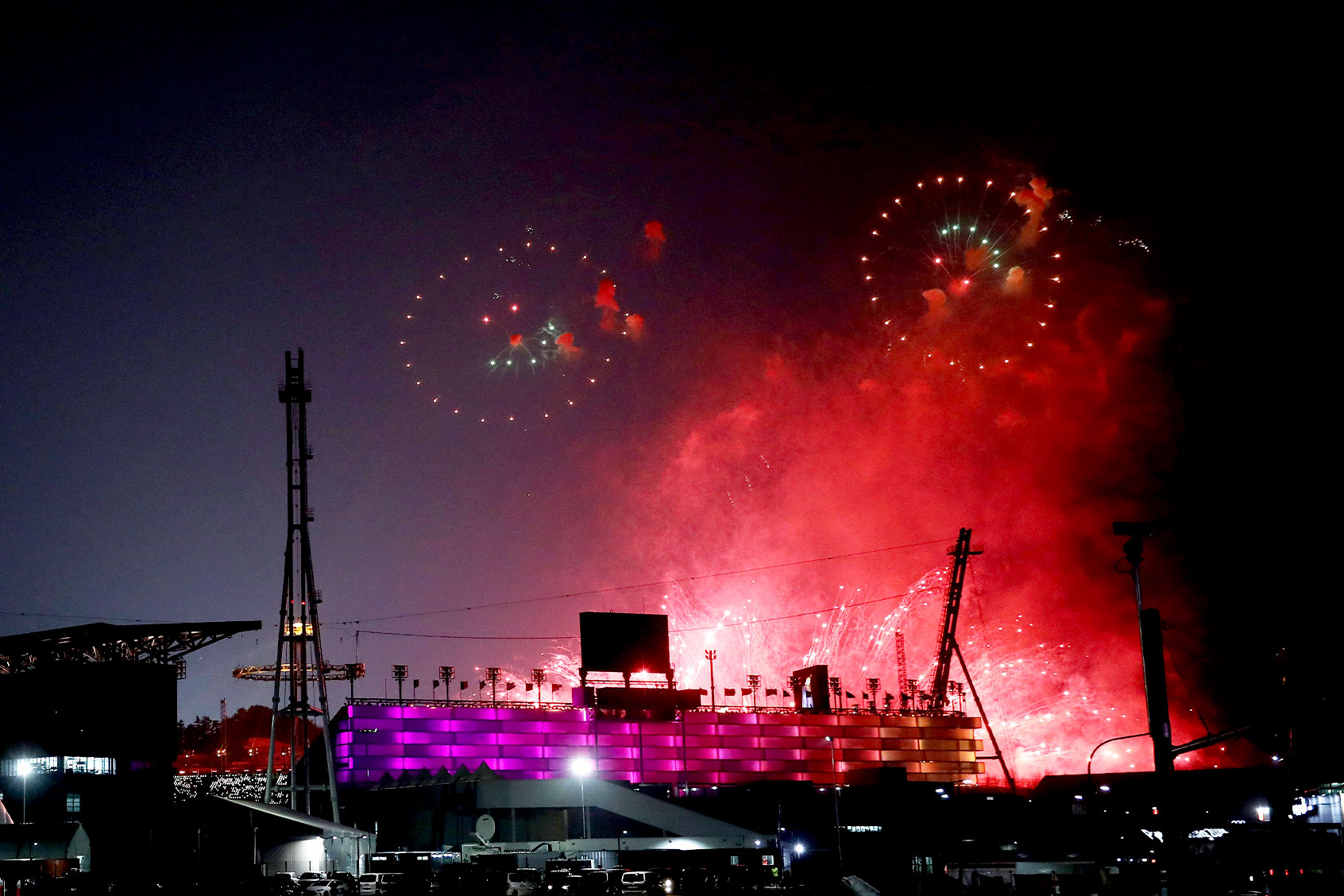 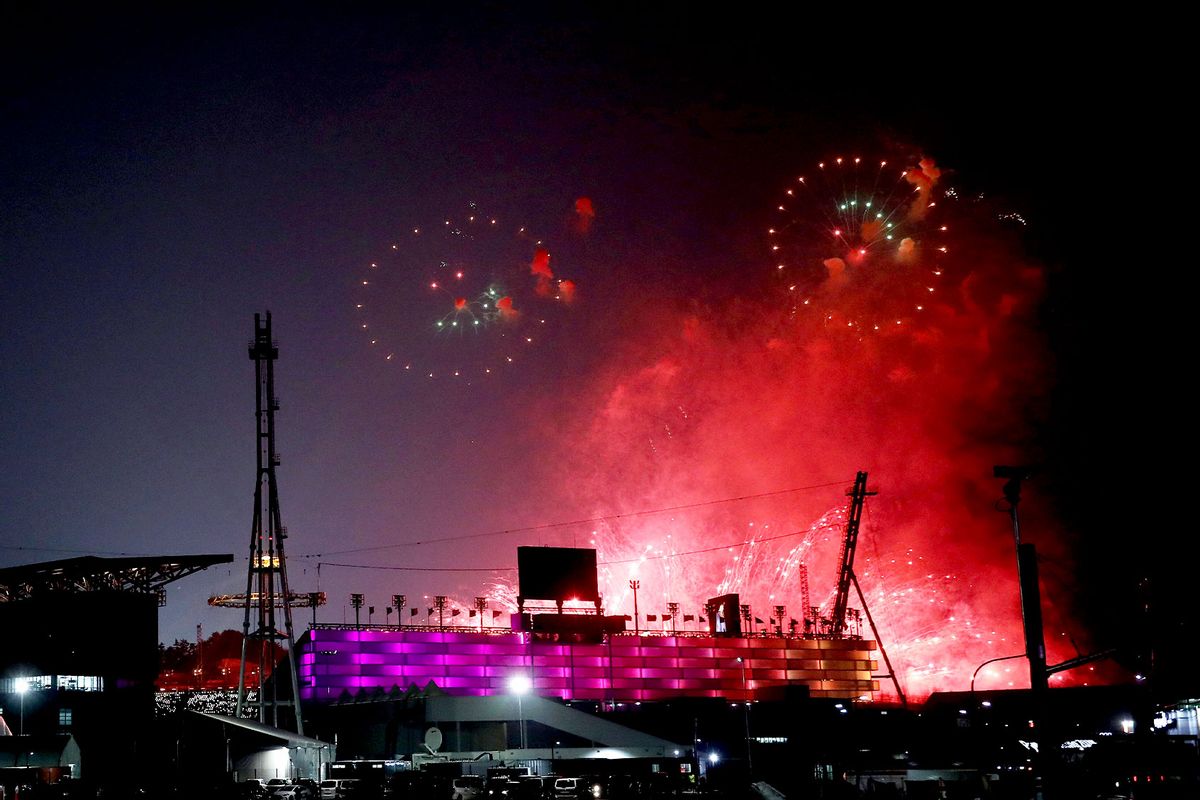 Fireworks have come a long way since they were first discovered in 200 B.C.in China.

Historians believe that fireworks were created by accident when bamboo was tossed into fire. Then, around 800 B.C., an alchemist allegedly mixed sulfur, charcoal, and potassium nitrate in a search for eternal life— instead, the mixture led to gunpowder.

RELATED: The life of a pyrotechnician

Gunpowder was used in early wars, but it didn’t take long for people to notice that the mixture being shot into the night sky also led to something reminiscent of what looks like fireworks today. Flash forward to Europeans immigrating to America, the tradition of launching fireworks to commemorate Independence Day dates back to a letter John Adams wrote to Abigail Adams in 1776. In it, he wished for future generations to observe the day with “Shews, Games, Sports, Guns, Bells, Bonfires and Illuminations from one End of this Continent to the other from this Time forward forever more.” The first official Fourth of July fireworks reportedly occurred the following year.

Today, firework shows are quite the spectacle. And the fireworks themselves don’t always look like wilting willow trees or shooting stars in the sky. Instead, they come in various shapes and sizes— from animals to flowers to written text. Known as “patterned fireworks,” these types of fireworks are relatively new to the fireworks world. We asked pyrotechnician Mike Tockstein, a licensed pyrotechnic operator in California, and owner and operator of Pyrotechnic Innovations, more about how these fireworks work.

How long have these existed?

Pattern shells have been around since at least the 1990s in the United States, but it’s hard to say they were not used before that in other countries or even further back in time. Recall that fireworks were invented in China in the 9th century, so that is a long time to think of new ways of doing things.

How does it work? Is it newer technology?

I would certainly call it old technology. They don’t differ much at all from your standard peony shell, which is the most basic of all aerial fireworks being a round shell which breaks in a large spherical pattern in the sky. Notice what I did there? “Pattern.” That’s right, a spherical shell will break symmetrically due to a number of well-known principles in physics; such as conservation of momentum which says momentum before and after the explosion must be equal, therefore the momentum of the material moving in one direction has to equal that of the material moving in the exact opposite direction.

Now it’s obviously more complicated than that and there are other physics at play, but if a shell is built properly and the casing fails in a uniform fashion, a spherical shell will break in a spherical pattern. Now that we understand that, the only thing you have to do is lay the stars out inside the shell in the same pattern you want to see in the sky, it’s literally that simple.

Pattern shells started with simple shapes such as hearts, but now-a-days you are only limited by your imagination.  Happy faces, rings, cubes, stars, spirals, alphanumeric letters, Saturn shells which look like a planet with a ring around it, I think I even saw a Bozo the Clown face one time. Here is a video of a few Jelly Fish shells, where you can clearly see the cap and tentacles.

Could someone request a custom, complicated shape, e.g. an @ sign? How complicated is it for these kinds of fireworks?

Yes, if far enough in advance, a custom pattern shell could be made in most cases.  An @ sign would be fairly simple since it is a simple 2D spiral shape.  More complicated shapes could take longer to figure out, fabricate, and test.

How are they designed so that they explode in a manner that the shape is visible from the ground?

Given that a smiley-face is 2D, presumably if it exploded such that its plane were perpendicular to the viewer, it would appear to look like a straight line.

They are designed as a 2D shape, so the orientation they explode in the sky is important to being able to see the pattern. The shells themselves cannot orient themselves a certain way when shot out of a mortar. To overcome this, whenever we do a happy face or other pattern shell “look” during a show, we send multiple shells up so that statistically one or more will likely break with the proper orientation to the audience.

Are they more expensive than normal fireworks or more complicated?

Not in a significant way. It’s not much more difficult to make a happy face shell than it would be a standard peony and that would go for most 2D shapes. When you get into the more complicated patterns, or 3D shapes, then you would likely see a price bump.