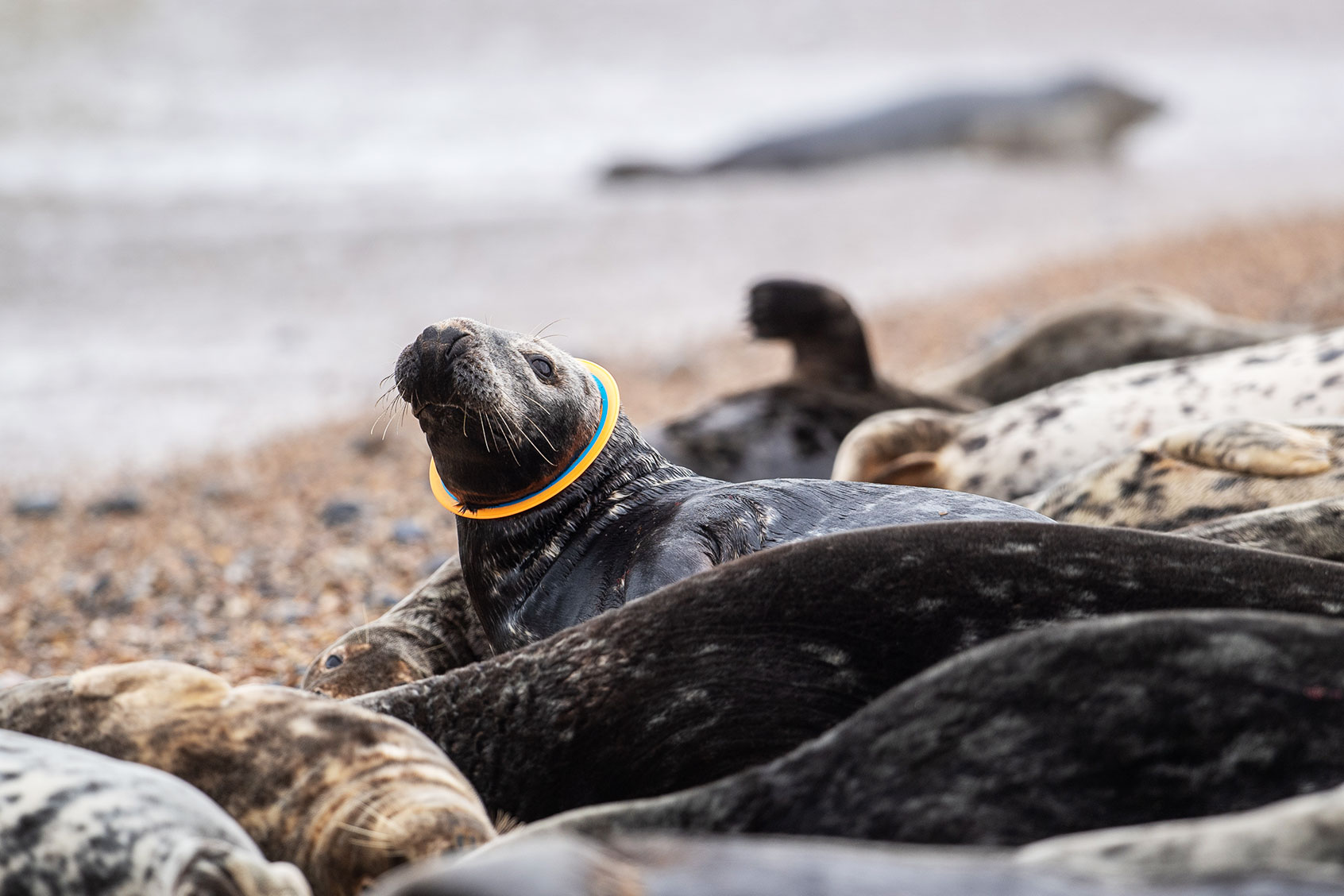 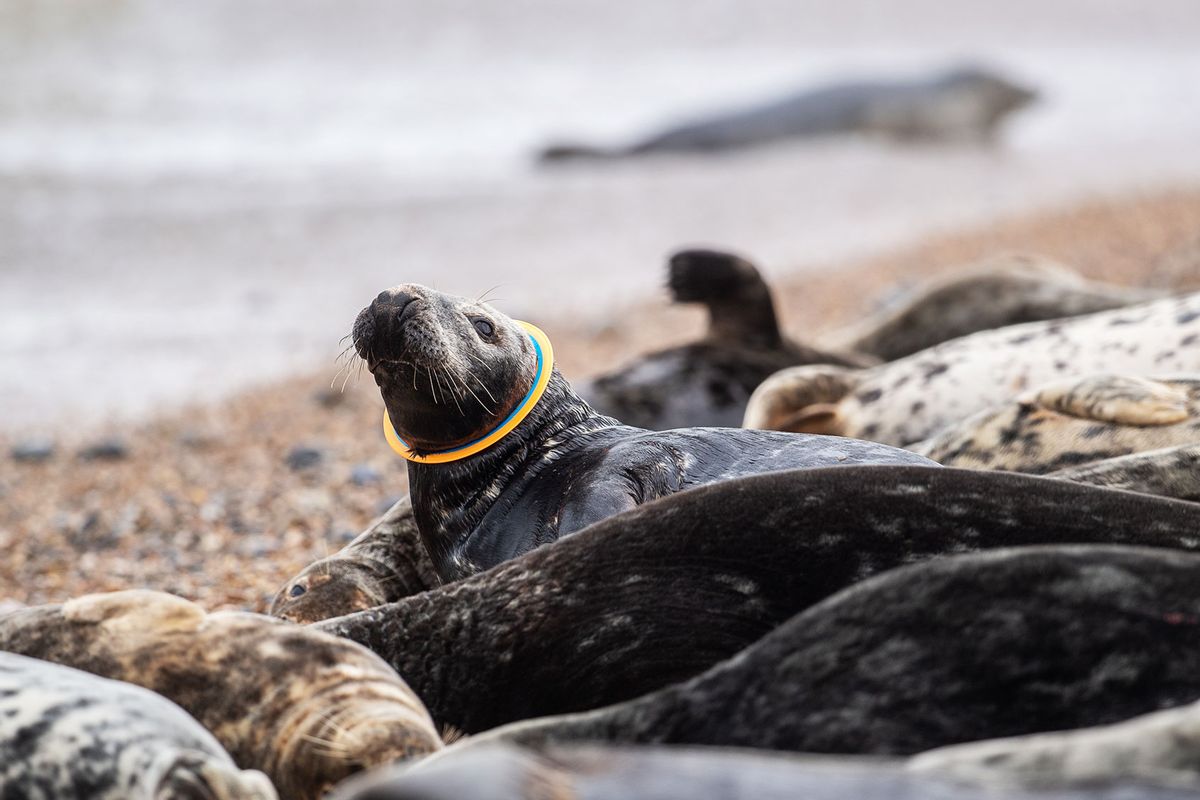 As Adam Ratner shared the plucky marine mammal’s story with Salon, his voice welled up with affection. Blonde Bomber’s story is just one among many in which a pinniped has nearly lost its life to plastic pollution, but it was clear that Blonde Bomber struck a special chord.

“Pier 39 is a place in basically downtown San Francisco that is kind of a mass tourist attraction,” Ratner, the associate director of conservation education at The Marine Mammal Center, told Salon. Sea lions will often pop up to the delight of tourists – but in Blonde Bomber’s case, they also noticed that he had some kind of plastic strap stuck around his neck. He needed help, and people reached out to The Marine Mammal Center because they cared.

“We sent a team out there, and it takes a lot of training to try and rescue these animals,” Ratner explained. Yet Blonde Bomber was clever and (appropriately enough for a seal) quite slippery. This was a problem, since he did not want to be caught. “Even though he had a piece of plastic caught around his neck, he was still very active,” Ratner told Salon. “When we tried to rescue him, he swam away.” It was only with a “real commitment of the community letting us know where they saw Blonde Bomber” that the team was able to save the hapless animal’s life.

“I think with people, we view intelligence being how similar they are to people,” Ratner told Salon. “Seals and sea lions have this whole different world. They live under the waves.”

“Fortunately we were able to rescue him off of Pier 39,” Ratner told Salon. “We brought him to the hospital, and it turned out to be a plastic packing strap, something that goes around boxes to help you carry on that you think about on a ream of paper you might see at a business. “It took a quick surgery for our veterinarians to cut that piece of plastic loose and kind of treat the wound. It was only a couple of days that Blonde Bomber was actually at the hospital before he was healthy, happy an ready to head back out to the ocean with a second chance at life. But if he wasn’t found or he didn’t get treatment . . .”

Ratner trailed off for a moment.

“Those were life-threatening injuries,” the conservation expert added.

Sadly, most of the stories involving seals and plastic pollution do not have a happy ending like Blonde Bomber’s. Dr. Kim Warner, a senior scientist at Oceana, co-authored a report in 2020 that analyzed how sea turtles and marine mammals alike are suffering because of plastic pollution all along the coast of the United States since 2009.

“What is really sad is that a lot of these species that we were studying are threatened with or vulnerable to extinction under the Endangered Species Act,” Warner explained. “These are besides all the dangers they face from other threats to their survival. It’s an added stressor and sometimes the cause of death for these animals that are either ingesting or becoming entangled with plastic.”

Like Ratner, Warner had heartbreaking stories to share. There was a seal in Massachusetts that washed ashore in 2012 with a stomach inflamed by all of the plastic it had swallowed; northern fur seals that had micro plastics in their guts in 2015; a young stellar sea lion in 2018 that was found in the Gulf of Alaska with a packing strap stuck around its neck; a juvenile gray seal that in 2019 was found in New York with a plastic sandwich bag wrapper around its neck; and on and on.

There was a seal in Massachusetts that washed ashore in 2012 with a stomach inflamed by all of the plastic it had swallowed.

While this kind of animal cruelty would be upsetting even if it happened to a simpler species, it is particularly notable here because pinnipeds — i.e., semi-aquatic and fin-footed carnivores like walruses, seals and sea lions — are very smart. One might even call them the chunky Einsteins of the ocean. The key to understanding their intellect, however, is to not anthropomorphize the nature of “intelligence.” You may not find a seal that can master science like Sir Isaac Newton or write a Joni Mitchell-quality song, but pinnipeds are incredibly impressive when it comes to performing the tasks that nature has assigned for them. As far back as the first century, Roman natural philosopher Pliny the Elder wrote that seals “are capable of training, and can be taught to salute the public with their voice and at the same time with bowing, and when called by name to reply with a harsh roar.”

This is not to say that all of the research has pointed in that direction. One recent study seemed to contradict conclusions about seal intelligence by finding that they only have an 18-second short term memory. Yet for every study that throws cold water on the idea of seal intelligence, there are others that reach the opposite conclusion. A 2016 article in the paper Frontiers in Neuroscience found that pinniped vocalizations are phylogenetically much closer to humans than to birds, and that they are indeed more vocally flexible than primates.

“I think with people, we view intelligence being how similar they are to people,” Ratner told Salon. “Seals and sea lions have this whole different world. They live under the waves. They’re incredibly smart adapted creatures. So we think about how sea lions in some parts of the world have actually learned to work together and cooperatively hunt for fish like tuna, that are these really top predators and really quick. We’ve seen the diving abilities and feeding abilities of animals like seals and sea lions, where I feel sea lions get this kind of reputation as these really cute furry animals that live around, but they really are top predators.”

Ratner noted that these pinnipeds can even eat small sharks and rays. “That’s what stands out to me. I think the most with these animals, they’re big, they’re strong and they really have figured out a way to be a top predator out in the ocean,” Ratner explained.

For more Salon articles on seals and plastic pollution: 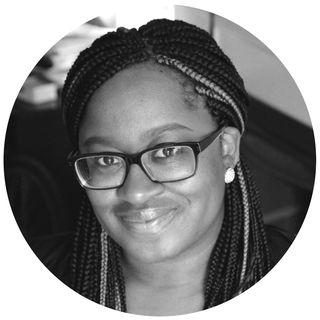