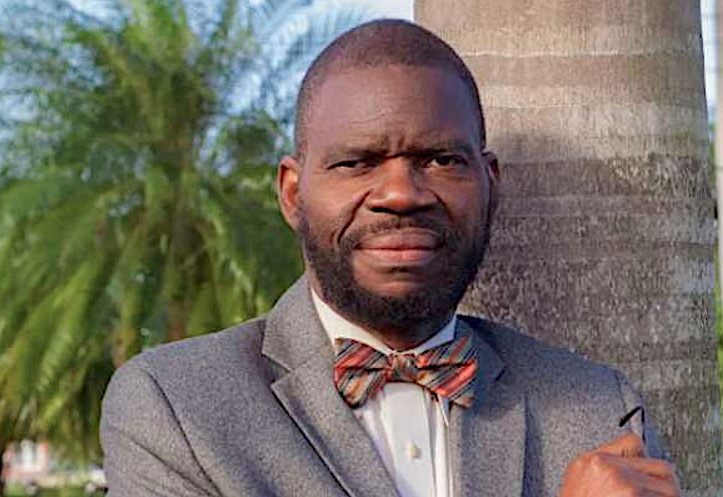 In an online written response to questions from Bloomberg News as posted by William Clowes and Michael Cohen on June 21, 2022, Nigerian President Muhammadu Buhari said hundreds of millions in stolen funds have been returned from outside and within Nigeria, and he is not giving up as his time in office is almost ending.

In the face of mass insecurity and a hopeless economy, Buhari, the leader of Africa’s most populous country, largest economy, and a drained democracy, stated that in 2021, through the whistleblowing policy, around $386 million was recovered from looted funds that came back into the country.

In his own words, he told Bloomberg news, “As an illustration, monetary recoveries (January-December) 2021 show that more [than] N152 billion has been recovered. Dollar recoveries for the year amount to over USD 386 million; GBP, more than 1.1 million; Euro, about 157,000; Saudi Riyals about 1.7 million some more in digital and other currencies.”

Unlike some of his predecessors, he is not denying that acts of corruption are present in his administration, as in the case of his Accountant-general, Ahmed Idris recently arrested for stealing N80 billion which is over $193 Million.

Unlike his predecessors, who showed indifference to the national character of corruption, he remindedBloomberg news, “Those partners refused to return these monies held for decades to previous Nigerian administrations in the certainty they would simply be re-stolen. They changed their approach with us because they knew my administration could be trusted.”

These stolen funds by so called Nigerian government leaders “have been returned from abroad – primarily from the UK, US, and Switzerland – and used as social and welfare funds distributed directly to the poorest during the COVID pandemic and the provision of long-delayed infrastructure — roads, bridges, rail, and power.”

It is worth noting that in 2021, Nigeria ranked 154th out of 180 countries listed in Transparency International’s Corruption Index.

In a 2015 edition of the Journal of Political Sciences & Public Affairs, an article by Abamara Nnaemeka, Okoye Chukwuemeka, Oguegbe Tochukwu, and Joe-Akunne Chiamaka , titled Corruption and Insecurity in Nigeria: A Psychosocial Insight, partly submitted, using the lens of psychoanalysis, that “corruption has been institutionalized in the Nigerian polity, and it has eaten deep into the fabrics of Nigerian society…crime resides in the instinctual drive of an individual. Therefore, corruption resides (as) a component of human personality.”

Whether the inability to resist the urge to steal is exacerbated by the state of society’s economy, one thing is certain: for far too long, many Nigerians appear to have been unable to manage the impulse, control, or resist the temptation to steal.

Could it be that for many Nigerians, especially those involved in mass looting of public funds over and over, due to both psychological and biological pressures, they cannot resist it? I do not know.

But if there is an instinct to steal in some Nigerians, Buhari’s fight against corruption through internal and external enforcement will not completely do it. Let me quickly point out that, based on psychological or psychoafricalytic reasoning, corruption, to me in the Nigerian context, is not only occurring by way of money but also by ideas. As in the behavior of public officials who abuse the rights and obligations of the people, a type of corrupt idea as in when winners of primary elections conducted by the government are replaced by others who did not participate in the poll, as in the cases of the Yobe North Senatorial District and Akwa Ibom Northwest Senatorial District in Nigeria.

It appears that many Nigerians are just subconsciously, behaviorally, and ethically corrupt.

The government’s institutions like the Economic and Financial Crimes Commission (EFCC), the Independent Corrupt Practices and other related offences Commission (ICPC), the police and the judiciary have sometimes done their respective best, but with acts of corruption by way of ideas and money running through every level of the Nigerian government, the fight against corruption remains pervasive.

So, this thing is possibly psychological and biological in many inhabitants, so Buhari, as an ex-army general and former military ruler, probably needs to be familiar with a Japanese fantasy story called Akumetsu, written by Yoshiaki Tabata and illustrated by Yuki Yugo. Akumetsu is the story of Hazama Shou, a young man with a fantasy thriller in wishful thinking of the slaughtering of corrupt government officials, bankers, and business operators.

In Akumetsu, he sees his nation experiencing extreme economic despair because of the spread of corruption among public officials, politicians, and businessoperators. As almost all hope is lost, Akumetsu appears and starts killing these corrupt politicians in order to try and make things better for society. Akumetsu first makes them confess what crimes they committed and then wipes them off the earth. He believes killing these criminals may be enough to cleanse crime. In the story, they target those who are deemed responsible for the massive economic crisis and, as such, are labeled as evil by the masked men, who all go by the common alias Akumetsu (literally, destroyer of evil).

In the story, the Akumetsu, or evil destroyer, seeks out politicians and businessmen lavishing themselves amidst growing public economic unrest, amid massive economic downfall, increasing public deficits, and suffering, brutally slaughtering them in different ways. No attempt is made here to ask for the unlawful killing of known corrupt human beings or arbitrary killings of characters who continue to inspire widespread public condemnation but are free, and even contest for more positions and make more business deals.

Continued poor governance and fraud remain twin elements that continue to alienate the public in general in our young democracy and entrench pain and suffering. As such, something drastic needs to be done, as those very faithful to endemic corruption are liabilities to everything and everyone. Nigerian corruption threatens Nigeria’s security, economic equity, undermines human rights, national anti-poverty and development efforts, and democracy itself. In the past, I have written about corruption matters in Nigeria, understanding causes, effects, and possible solutions, but it continues, so what should Buhari do now and what should we all see as the best approach to reduce it drastically?

In the past, I have written about corruption matters in Nigeria, understanding causes, effects, and possible solutions, but it continues, so what should Buhari do now and what should we all see as the best approach to reduce it drastically? The question of whether Nigeria should incorporate Akumetsu’s fiction and fantasy into Nigerian reality as a useful tool in achieving anti-corruption goals remains open to response.

John Egbeazien Oshodi was born in Uromi, Edo State in Nigeria and is an American-based Police/Prison Scientist and Forensic/Clinical/Legal Psychologist.