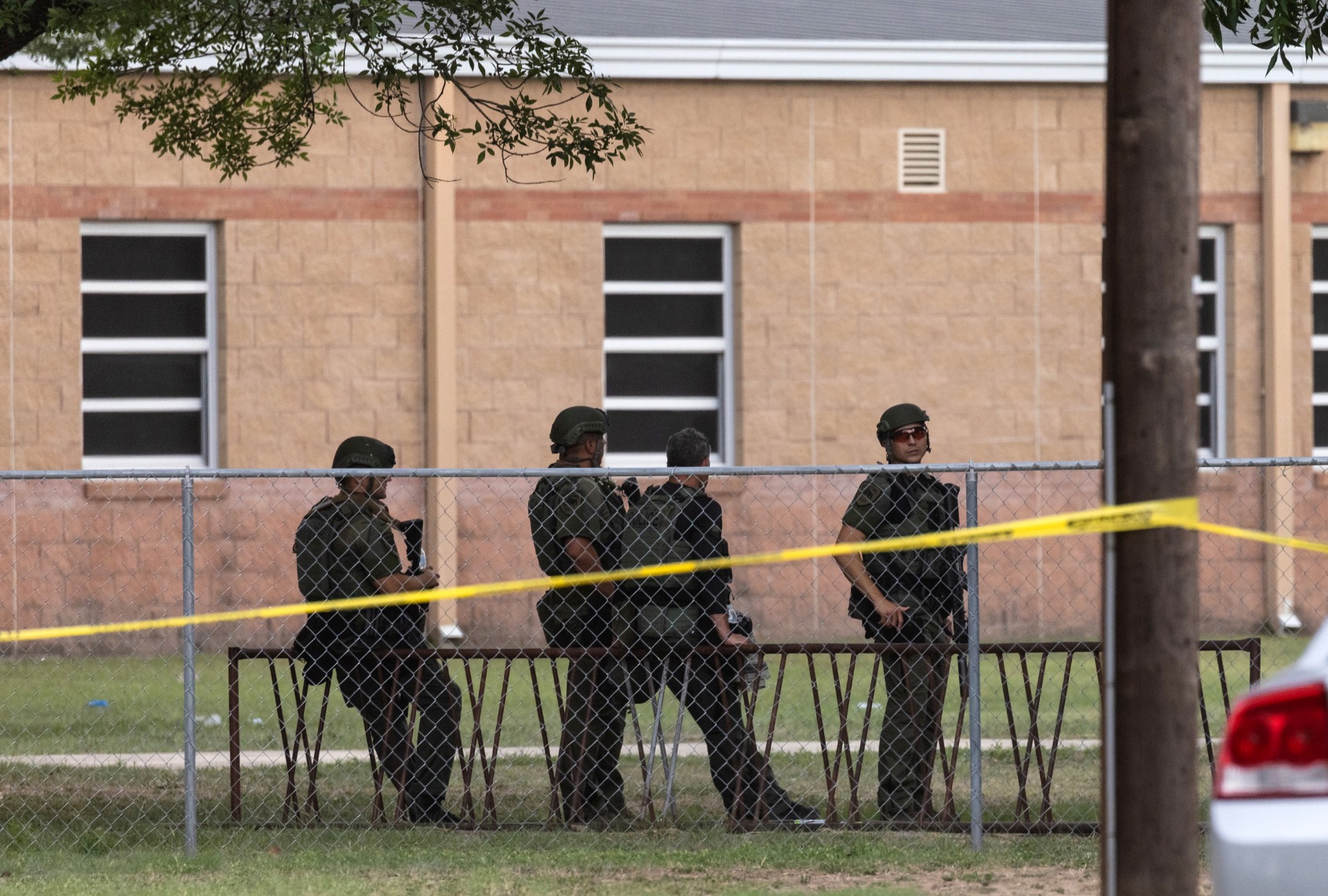 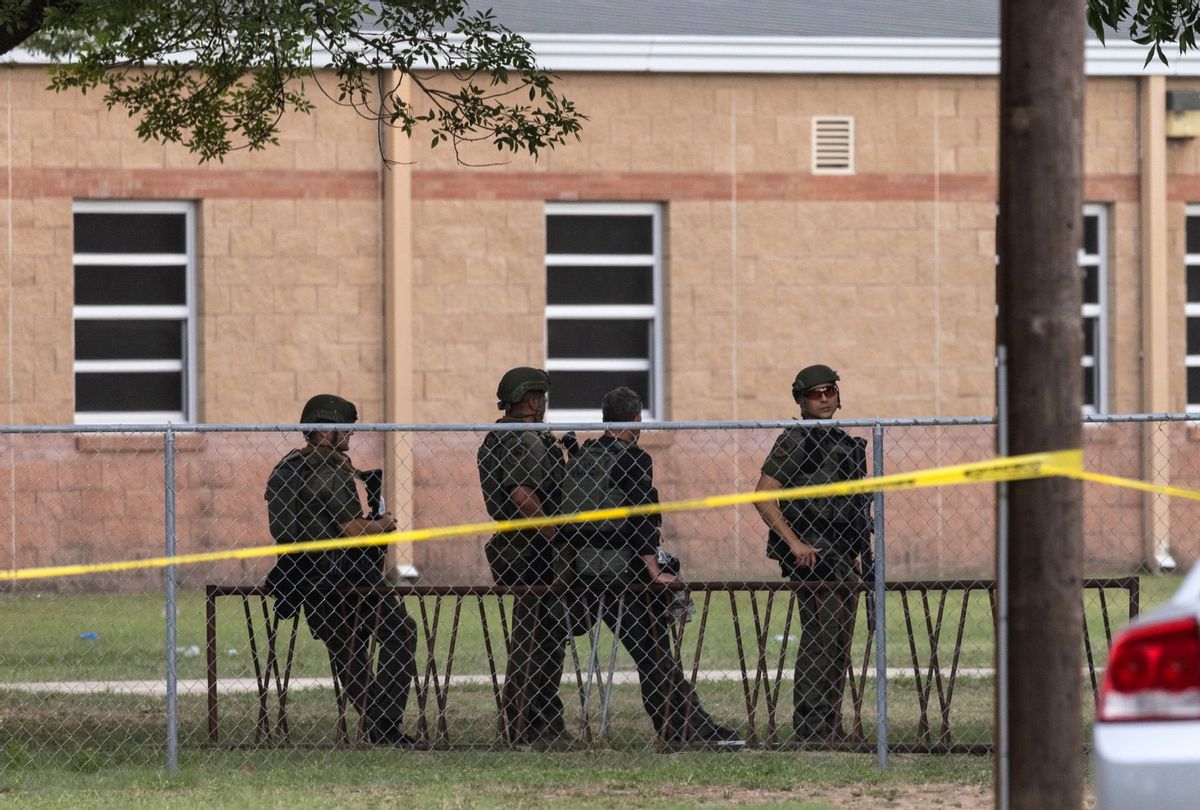 Uvalde plans to hire more school police officers in the aftermath of the Robb Elementary School shooting, even amid reports that the officers dispatched to the scene waited for over an hour to enter the building as kids were trapped inside with the shooter.

On Thursday, Hal Harrell, the superintendent of the Uvalde Consolidated Independent School District, announced that the district’s police department would expand the size of its force.

“It is our goal to hire additional officers to be assigned to each campus for the upcoming school year,” said Hal Harrell during a press conference.

However, it’s not apparent that the shooting could have been avoided or mitigated with a larger police department.

According to The New York Times, upon arriving at the Robb Elementary School, police waited for roughly one hour and seventeen minutes in order to supply officers with “protective equipment to lower the risk to law enforcement officers.” By that time, sixty officers had surrounded the perimeter of the school.

RELATED: The right desperately tries to blame women for the 21 murders in the Uvalde school shooting

During the delay, Uvalde Police Chief Pete Arredondo was believed to have told the squadron that “people are going to ask why we’re taking so long.”

“We’re trying to preserve the rest of the life,” he reportedly said at the time.

Arredondo also appeared to be aware that people inside the school were already injured. “We think there are some injuries in there,” he apparently told the force. “And so you know what we did, we cleared off the rest of the building so we wouldn’t have any more, besides what’s already in there, obviously.”

Investigators are reportedly still probing how many people could have been saved with a quicker law enforcement response, which may have allowed victims to receive medical attention sooner.

One of the victim’s grandparents, Leonard Sandoval told the Times that one of the 10-year-old inside, who later died at a hospital, might have survived if the police had breached the building sooner. “He could have been saved,” Sandoval. “The police did not go in for more than an hour. He bled out.”

On Thursday, Arredondo told The Texas Tribune that the delay occurred because the only entryway into the school was blocked by a locked door with a steel jamb. The chief said he called for a sniper, tactical gear, and keys to open to the door.

“Each time I tried a key I was just praying,” he told the outlet. Officers were reportedly able to unlock the door after one hour and seventeen minutes, at which point they shortly killed the gunman inside.

“My mind was to get there as fast as possible, eliminate any threats, and protect the students and staff,” Arredondo said.

While much of the blame has been pinned on Arredondo’s apparent failure to adequately respond to the crisis, the police chief argued that such portrayals have been unfair.

“Not a single responding officer ever hesitated, even for a moment, to put themselves at risk to save the children,” Arredondo told the Tribune. “We responded to the information that we had and had to adjust to whatever we faced. Our objective was to save as many lives as we could, and the extraction of the students from the classrooms by all that were involved saved over 500 of our Uvalde students and teachers before we gained access to the shooter and eliminated the threat.”

RELATED: “Go in there!”: People begged police to enter Uvalde school as gunman rampaged for up to an hour

Still, as the outlet noted, Arrendondo’s explanation does not address the entirety of the circumstances behind the force’s delay. And many law enforcement experts told the Tribune that “serious lapses in judgment” occurred.

Amid all the gloating, anti-abortion right dreams of bigger wins — and possible violence 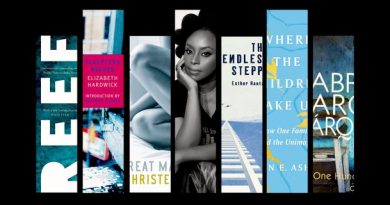