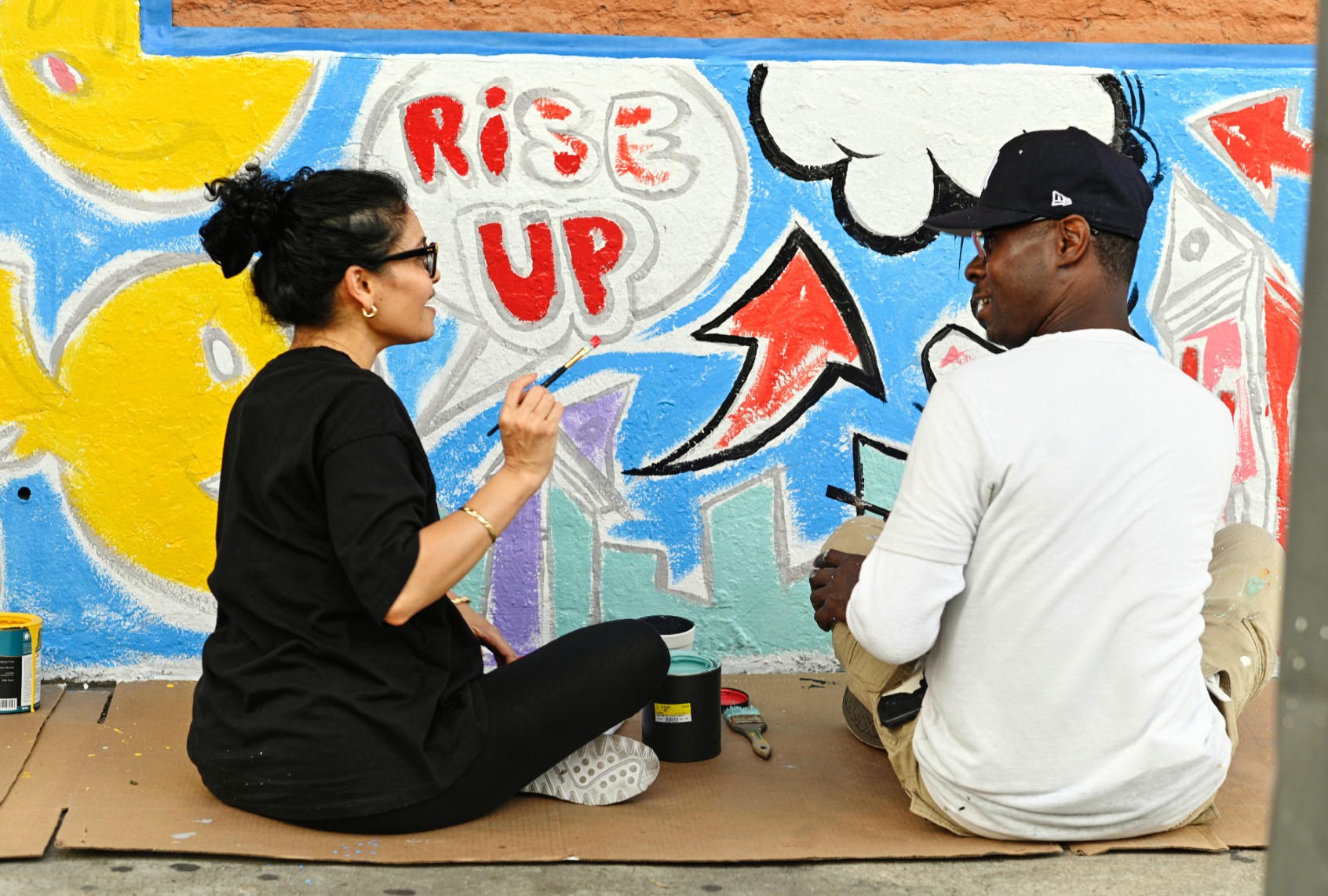 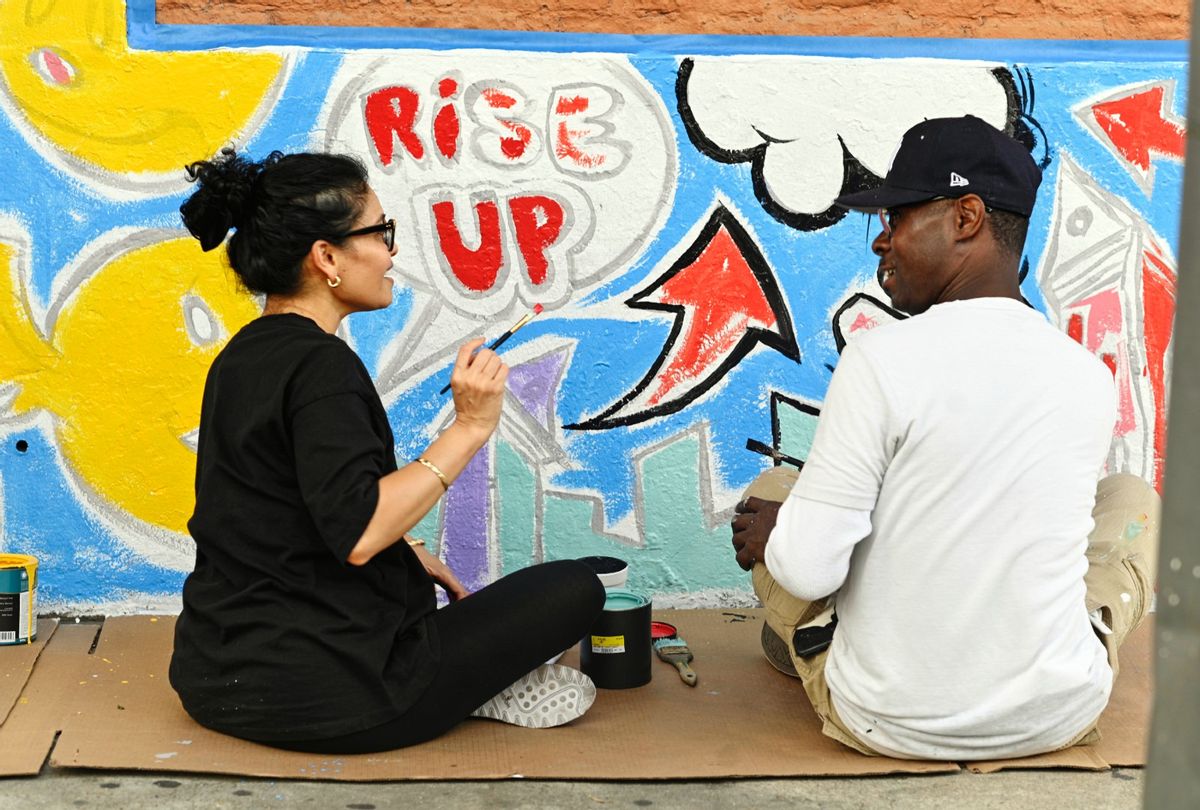 The finale of “The Real World Homecoming: New Orleans” felt abrupt. The eight episodes we were allotted to catch up with Melissa Beck, Danny Roberts, Kelley Wolf, Tokyo Broom, Jamie Murray, Matt Smith and Julie Stoffer were not nearly enough to, first, crack into the shell that reflexively went up around these people as a result of being shoulder-shoved into the public eye in this way for the first time in 22-years and, second, receive and then sift through all that we’re shown and told. Processing the sum of its parts, this season of “Homecoming” shows how time can advance a person up a ladder of growth, with each passing day leaving them better equipped to handle what they’ll come up against in the next. Or it can bury them deeper and deeper under a heap of their own demons and insecurities in such a way that they later reemerge as the main character in a “Babadook”-esque horror story of their own creation that should have been, could have been, a happy little look into the life of someone many of us entered into adulthood with.

There’s a fine line between part of good television in a way that leads to more opportunities, and forcing television spectacle in a way that will likely land you in divorce court, or jail.

There is no mistaking that “The Real World” is packaged with a purpose. Since the franchise debuted with its New York season in 1992, creators Mary-Ellis Bunim (who passed away in 2004) and Jonathan Murray made no attempt to hide or make excuses for the fact that grouping seven very different strangers together in a new city, throwing obstacles in their way in the form of jobs, group trips, or carefully cast religious differences and sexual sure-fires, and then letting the cameras roll is a perfect recipe for good television. But while it can often feel exciting to watch people bicker and screw up their real-life off-screen reputations, it also feels, as Kelley Wolf would say, “icky” or “fun on demand.” It’s also very obvious, as a viewer, which of the cast members, on any given season, is on the show to experience everything the opportunity has to offer in an organic way, and who is there simply to raise hell and make a big enough spectacle that their name gets remembered above all others. In the original New Orleans season, as well as this “Homecoming,” Julie Stoffer had a clear goal to do and say whatever it took to be remembered, without seeming to care much what it is that she’ll be remembered for. There’s a fine line between part of good television in a way that leads to more opportunities, and forcing television spectacle in a way that will likely land you in divorce court, or jail.

In last week’s episode we witnessed a moment that we now know to have been edited to give a certain narrative slant when Julie ran through the house showing what we were made to believe were shirtless photos that her husband Spencer had sent her. When Kelley was shown one of these photos, she recoiled in what could have read as excessive disgust but, after posting some clarity to her personal Instagram, we now have the full story of what it was that actually caused her to react in that way, and why she decided to leave the house, and the show as a whole, days before filming wrapped on the season.

“The reason for my departure was simple: I felt the need to protect myself, and I listened to my instincts,” Kelley said on Instagram. “This is some of what happened: I was shown a photo of a cast member’s husband’s erection without my consent. I was asked on many occasions how many times I masturbated, and was baited into conversations of a sexual nature against my consent.”

The episode Kelley is referring to was edited kindly, painting Julie with a level of grace she did not afford the rest of her castmates, but the truth of what happened was known within the house then, it’s known to us now, and it was more than enough to make Kelley feel unsafe in a way in which she couldn’t stomach living under the same roof as this woman one day longer, and no amount of fancy brunches and fake Mardi Gras parades would convince her otherwise. Something like this, being feral enough to force a cast member to flee, could lead Julie to believe that she “won” the game of reality television here but what was there to win, exactly, aside from an award for being the most bats**t? And factor in that she “won” at the expense of everyone else in the house and that price just ends up being too high for a flash of fame that will fade in a few weeks once Julie gets sucked back into obscurity.

When the original New Orleans season first aired in 2000, I was in my early 20s, and the members of the cast were around that same age. When you’re 20 you’re still very much a child in a way you don’t fully realize until you’ve been 20 twice over. In 2000 a person who was the age I am now seemed ancient, but the “wisdom” of those passing years – and I say that word with an eye roll because I definitely just had a handful of baby carrots and hot coffee for lunch – allows you to realize that youth will always live inside of us and that age only hits in levels of responsibility. At 20 we have time to kill, but at 40+ we can’t get puke drunk and chainsmoke our faces off, like we may still want to, because we’ve already lived half of our lives and we don’t want to spend the remainder being sick. Adulthood is consequences. And the consequence of Julie’s actions is a world of people being introduced to her, or reintroduced to her, and thinking she’s nuts.

On their last day in the house, the remaining cast met up with New Orleans artist Lionel Milton. You may remember Lionel as being the man who befriended Melissa in the original season and inspired her to learn how to paint. In their final moments of “Homecoming,” everyone came together to say goodbye to the city that bookended their 20s and 40s by helping Lionel to paint a mural that you can still see on the corner of Magazine St. and St. Mary. Isn’t that so much nicer of an image to have people remember you by than a picture of your husband’s junk? I would think so.

My year — and yours — of cooking Quick & Dirty

All hail Uncle Clifford on “P-Valley,” a vision of Black queerness not seen anywhere else on TV