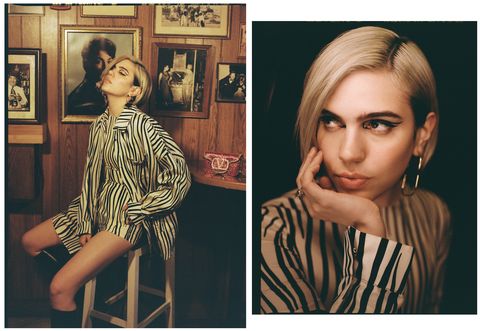 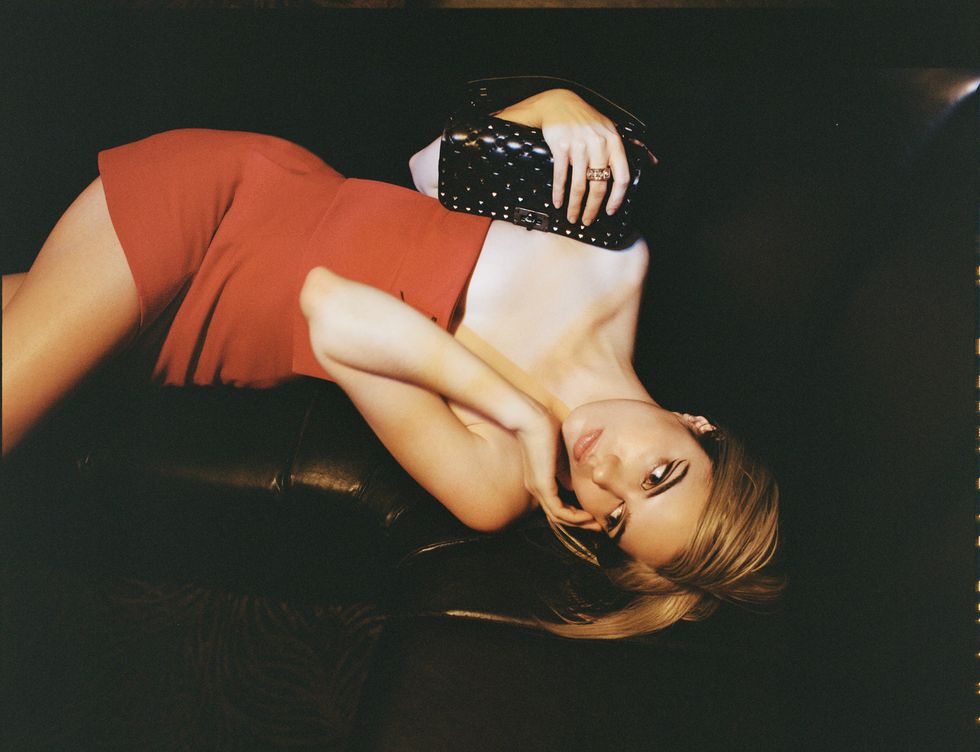 Cumming’s younger self would be proud of where she has landed. Today, she is the vocalist and bassist for Sunflower Bean, a psychedelic- and pop-rock trio based in the city she was raised in. Their dichotomy of heavy, sludgy rhythms and sweeter, choral vocals—plus their lyrics about personal autonomy, societal rebellion, and all manner of things decidedly not about girls—has scored them national tours and slots at major festivals, not to mention there’s been enthusiastic reception of their several EPs and albums. Cumming’s glamorous resume extends to other stages, too; she’s walked high fashion runways and anchored campaigns for global luxury houses. And she’s a passionate community organizer who has curated events to mobilize young activists on progressive causes, too.

At age 17, Cumming—still in high school, and already a music biz veteran—started her next band, and it was for keeps. Bonded by their mutual love of hard rock riffs and New Wave pop gloss, Sunflower Bean is a trio from the gritty city scene. They released their first album, Human Ceremony, in 2016. This spring, Sunflower Bean released their third record, Headful of Sugar. Balancing the group’s serrated rock riffs with fresh, dance-friendly pulses, the album’s intention is all about community and the grand communal experiences music fans have yearned for in these tumultuous past few years. “We wanted to make a record that felt very tangible and is meant to be experienced live. During the pandemic, everything around us became about convenience and easy entertainment, so we’re hoping that this record stands as something that feels real,” says Cumming. “The songs have a lot of yearning for change to break free, to be in the world.”

Music has led to yet another passion for Cumming: the runway. After Sunflower Bean sparked attention in fashion circles, its five-foot-11 vocalist found herself fielding opportunities with top fashion houses—and, quickly, landing national campaigns, where she received a quick education on the art of couture. “I began learning a lot more about modeling as an art form,” she says. “I had that chance because I was on [campaign] teams I loved so much and that were so elevated.” Now her personal style, fittingly, reflects her two worlds, infused with the rebellious spirit of Valentino. “I’m very inspired by the city and trying to keep it chic and also wearable. When the band started, I would always wear these long black velvet ’90s dresses, and I feel like I’m back to black in a way now. Like the [new] album, it’s this sweet essence, but dark execution.”

CDC Media Briefing – New Vital Signs Report: Hepatitis C is deadly, but curable Why are so few Americans getting treatment?