Leaders and governors of the ruling All Progressives Congress from the South-West on Saturday met with presidential aspirants from the region in Abuja.

It was learnt that the meeting, held to discuss how the leaders and aspirants from the South-West could present a united front and put their support behind a candidate, dragged on into Sunday morning.

Eleven northern APC governors had backed a southern aspirant for the Presidency, in a letter on Saturday.

This led Jigawa State Governor, Abubakar Badaru, to withdraw from the presidential race, according to a statement from the governors on Saturday night.

The governors present at the meeting were Babajide Sanwo-Olu of Lagos, Dapo Abiodun of Ogun, Rotimi Akeredolu of Ondo, Gboyega Oyetola of Osun and Kayode Fayemi of Ekiti, who is also a presidential aspirant.

Akeredolu tweeted on Sunday morning, after the meeting, “I attended the APC Southwest Leaders meeting with APC Presidential Aspirants from the region held in Abuja.”

Other APC leaders from the South-West who were present at the meeting include the Speaker of the House of Representatives, Femi Gbajabiamila, former National Chairman of the party, Bisi Akande and former Governor of Ogun, Olusegun Osoba.

However, the decision reached by the APC leaders from the South-West regarding having a consensus candidate could not be ascertained yet. 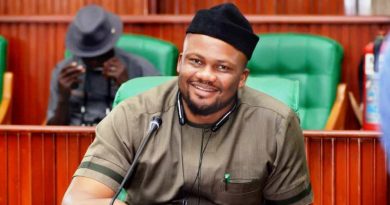