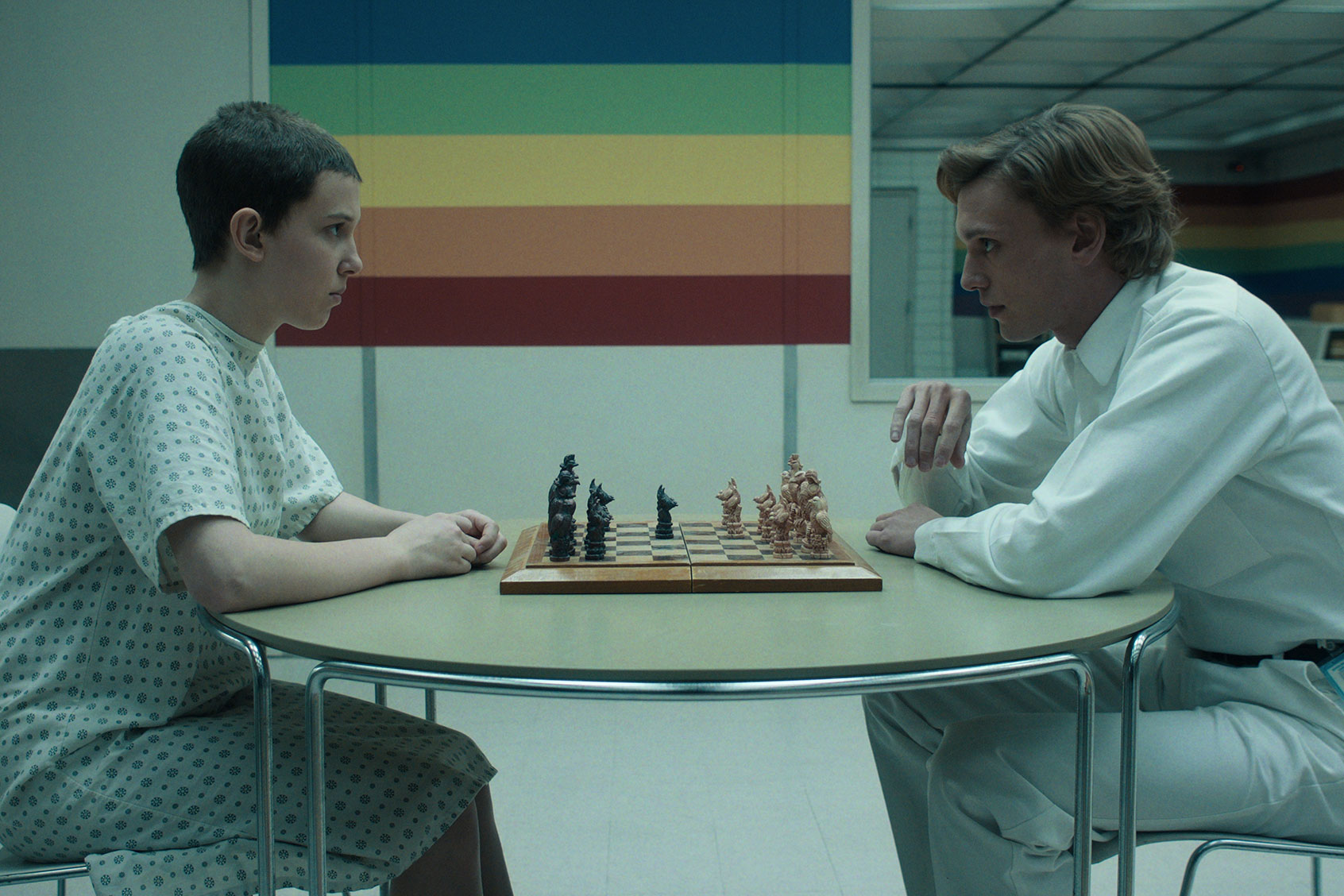 Acting can be traumatic.

From difficult conditions on set, to what their characters must do, witness or endure, usually repeatedly in take after take, actors from Tom Hanks to Kate Winslet have reported feeling traumatized by roles. Leonardo DiCaprio was deeply upset by having to engage with inhumane treatment of mental illness for his film “Shutter Island.” Daniel-Day Lewis slipped into such a severe depression after filming “Phantom Thread” that he announced his retirement from the profession of acting.

Trauma can come from performers engaging with violence, often at a young age. Sheryl Lee was only about 22 when she played Laura Palmer, the abused dead girl “wrapped in plastic” in “Twin Peaks.” She said much later: “it’s hard for me to unsee what I see now . . . all of the signs, and no one reaching out to help her.” Sophie Turner Jones said she knows she’ll exhibit symptoms of trauma after playing, starting at 15, a young character who was assaulted on “Game of Thrones.”

Instructed to make the pain seem real to audiences, it sometimes feels like it is. Most recently, actor Jamie Campbell Bower spoke publicly about the trauma of playing a really bad guy on the newest season of Netflix’s “Stranger Things.” He told Variety: “It was scary, I’ll be honest with you . . . I was just bringing up a lot of anger.”

What makes this “Stranger Things” villain different, and perhaps more intense, from the villains of other seasons, different enough that it could cause its actor pain? Scariest of all, Bower’s character Vecna is/was human.

Both Bower and the press were initially kept in ignorance about his character. The actor read dialogue from classic horror scripts, not “Stranger Things” scripts, for his audition, and his character name was released to the media at first as “Peter Ballard.”

That’s only partally true. As the fourth season unfolds, it turns out his character has several names and identities. As Peter – how viewers first meet him – he is a white uniformed orderly who stands in the shadows, for a while, in the creepy Rainbow Room of the Hawkins Lab. As Henry, he is an unnerving child with abilities and the son of the mysterious Hawkins resident Victor Creel. As One, he is — you guessed it, the first one of Dr. Brenner’s (Matthew Modine) child experiments. And as Vecna, he kills kids already struggling with great trauma.

Campbell looks way too handsome to be a background character, so that’s your first clue that this orderly is not just an orderly. But that profession itself has a long history of queasiness in books, TV and films. TV Tropes put it bluntly: “Orderlies are Creeps.”

From abusing patients to stealing from work, the fictional orderly, tasked with assisting hospital nursing staff in care and safety, is often deeply disturbing. Orderlies in fiction frequently assault patients, especially female patients who are incapacitated, like the orderlies Buck from “Kill Bill” and Blue from “Sucker Punch.” Remember when the orderly licked Sarah’s face in “Terminator 2: Judgement Day”? The mental hospital orderlies in one of my favorite films, “Return to Oz,” reappear later in the movie as the most unnerving and unhinged villains of my childhood: the wheelies.

Like Peter, the orderly character in “Firestarter,” the classic horror film to which “Stranger Things” owes a debt or two, is a double agent (well, Peter is a quadruple agent). And the horror flick that the Netflix series pays homage to the most this season, “A Nightmare on Elm Street 3: Dream Warriors,” has its orderlies too: one creepy and assault-y, the other one kindly and helpful.

Manipulation is a frightening thing. It’s also a human thing.

In the original “Firestarter,” George C. Scott’s character John Rainbird wins the trust of Drew Barrymore’s fire prodigy Charlie in order to betray that trust. To take advantage of the child because his employer needs her to perform and behave for them (but also because he’s a grade A creep). Peter does something similar, befriending a young El simply (it seems) to use her later.

It’s scary when someone’s cruel. But it’s scarier when someone is kind and then cruel. This is the stuff of gaslighting, thrusting someone into a confusing and isolating worldview where they can’t trust their own experiences and history, and the kind of deep trauma that Vecna later feeds on.

Manipulation is a frightening thing. It’s also a human thing. Being rushed by Demodogs is terrifyingly dangerous, but being hurt by a person you believed and trusted?

Like buildings and roads and swimming pools have their dark counterparts in the Upside Down, maybe people do too.

As One, Peter was the first child patient and something obviously went wrong with his “training,” bad enough that he was implanted with a device that keeps his violent behavior in check called Soteria. An evocative name, Soteria refers to both a mythological Greek goddess of safety and preservation from harm, as well as an approach in mental health which is community-based and uses minimal medication and no restraints.

Interesting interpretation Dr. Brenner has there: to use a device that eschews restraint to restrain someone. (It’s also the name of a gun silencer.) 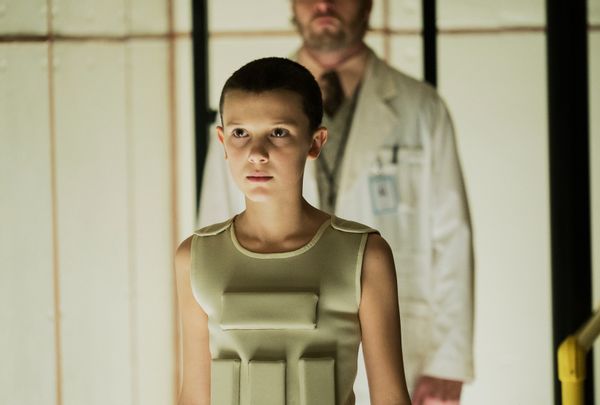 Millie Bobby Brown in “Stranger Things” (Netflix)But the motivation for the manipulation of the young El by the older “Stranger Things” villain still remains a little murky. How did Peter/Henry/One know for sure El would try to free him from his Soteria, allowing him to kill at will? Or, did the device regulate his behavior so much that it changed him fundamentally, and while under its influence, he was helping El out of the kindness of his (restrained) heart?

This season of “Stranger Things” is split in two. In the first half, which has aired so far, we don’t know too much about Vecna yet, like how he came to have his powers as the child Henry in the first place (something to do with his dad and chemical agents or experiments of the war?), or if one has to become a monster to survive in the Upside Down. Were the previous season’s big bads, like the Mindflayer, once human too?

The Demogorgon of the first season is certainly humanoid. And one “Stranger Things” theory is that, like buildings and roads and swimming pools have their dark counterparts in the Upside Down, maybe people do too.

But Peter was already a monster. As a human, tasked with protecting a little girl, he hurt her instead. That’s the stuff nightmares are made of.

We Finally Know What Those Flies Are Doing in Westworld

America needs its own Jubilee: We are a nation in profound crisis 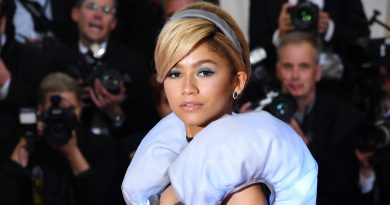