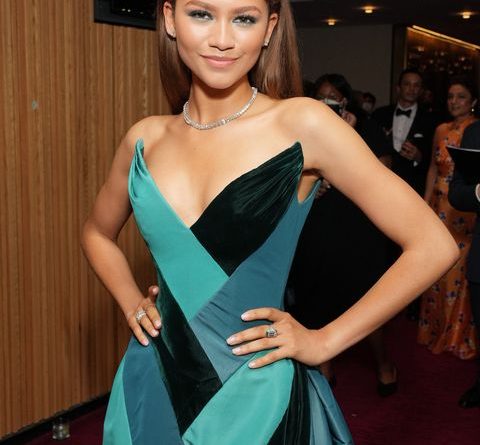 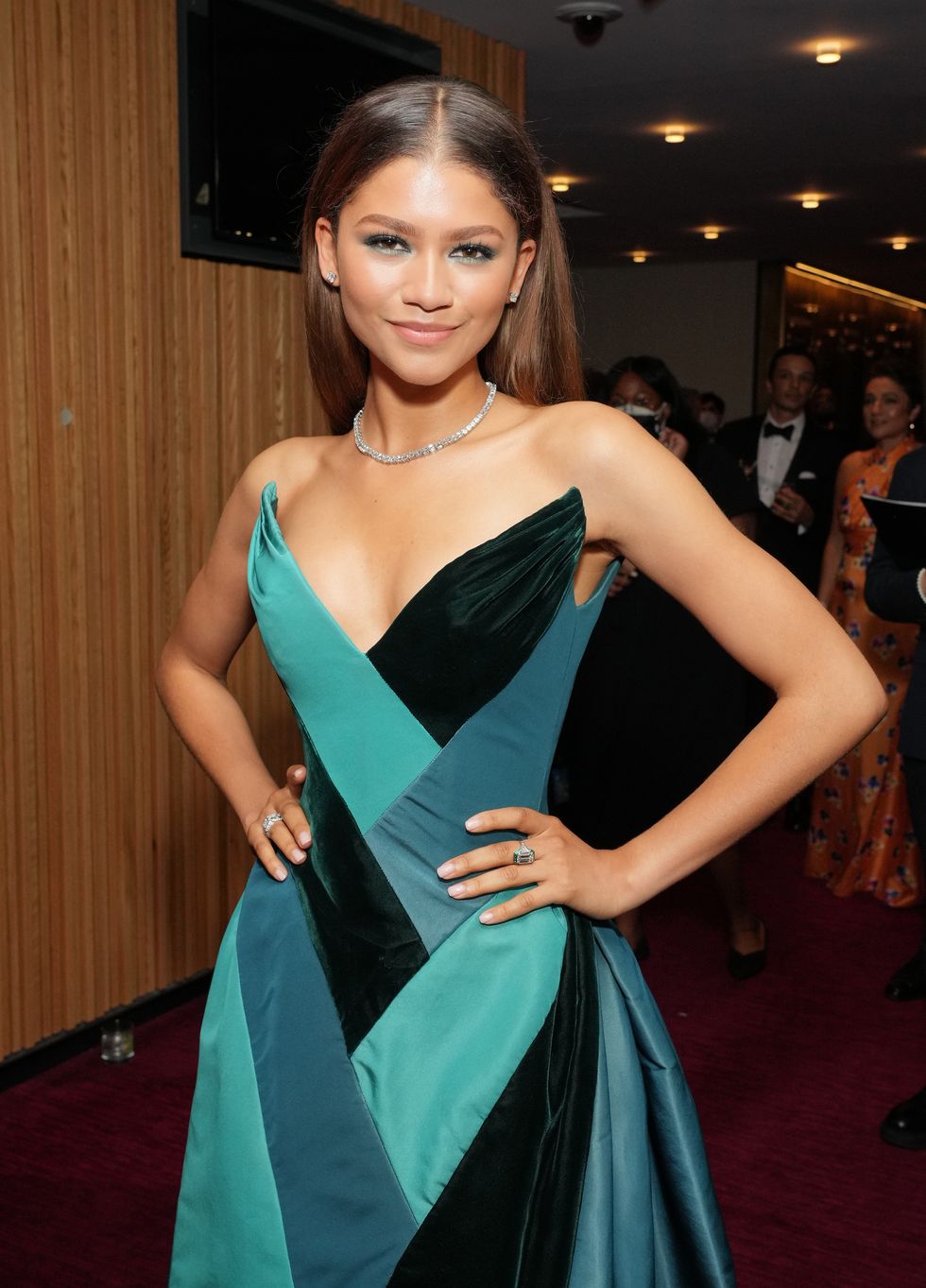 Zendaya brought the diamonds and old Hollywood starlet vibes in a vintage Bob Mackie gown last night at the Time 100 Gala in New York City. The actress stepped out wearing the teal, turqouise, and black patchwork dress. She accessorized with a diamond necklace and earrings. Her hair was styled sleek and straight, and her turquoise eyeshadow perfectly complemented her dress.

Zendaya’s appearance at the gala comes the same day Variety published a new interview with her and Andrew Garfield. Garfield was also at the Time 100 Gala last night.

She admitted in the interview that she couldn’t envision herself being a singer because of the lack of boundaries. “I was like I don’t know if I could ever be a pop star,” she said. “It’s because as an actor, there’s a level of anonymity that I get to have, which I really like. And I get to sort my stuff, whatever that is, through a character and nobody needs to know about it. Whereas in other forms and other mediums, it’s all you all the time.”

She also reflected on why she loves acting so much. “I have the coolest job,” she said. “I love my job so much. But sometimes you’re just like—I dress up for a living, and I don’t want to take myself too seriously because I feel like there’s people who do far more important things than we do.” She added that despite this, “I think for me being in service of other people’s healing through my work means that what I’m doing makes sense.” 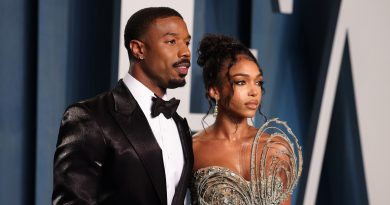 Why Lori Harvey and Michael B. Jordan Broke Up, Despite Being in Love and Talking About the Future