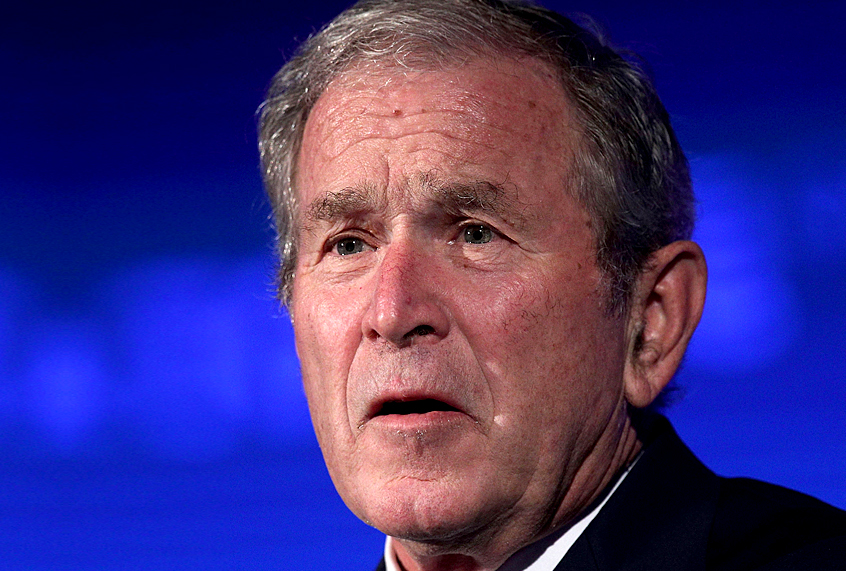 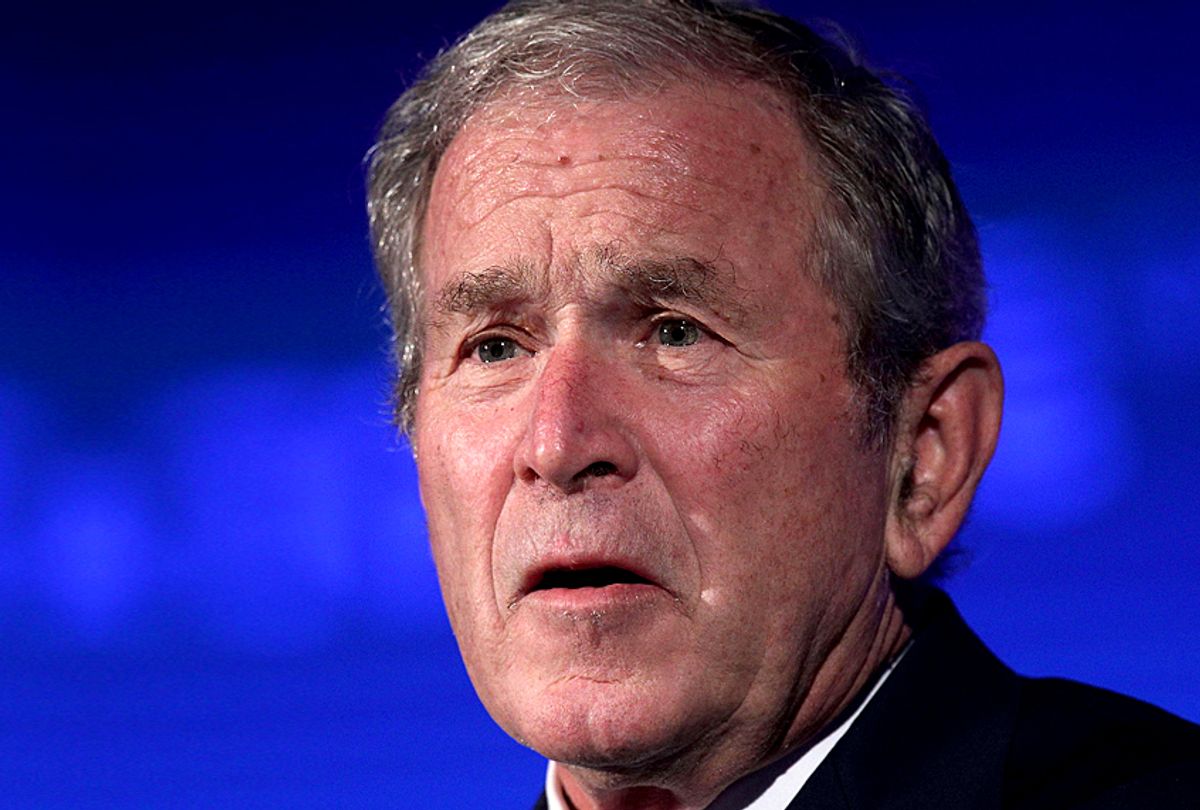 Bush, who was accused of stealing the 2000 election before launching an invasion of Iraq under false pretenses that killed hundreds of thousands of civilians, during a brief speech at the George W. Bush Institute in Dallas criticized Russia’s autocratic system for enabling Putin to shut down and jail critics and political opponents.

“Russian elections are rigged. Political opponents are imprisoned or otherwise eliminated from participating in the electoral process. The result is an absence of checks and balances in Russia, and the decision of one man to launch a wholly unjustified and brutal invasion of Iraq,” Bush said, before correcting himself. “I mean, of Ukraine.”

Bush winced and shrugged before muttering, “Iraq too.”

The comment drew laughter laughs from the crowd before Bush blamed the gaffe on his being 75 years old to more laughter.

Bush’s invasion of Iraq, which was based on false claims that Iraqi leader Saddam Hussein planned to use weapons of mass destruction against the United States, cost the lives of more than 4,000 American troops. Thousands of others died by suicide. The Costs of War Project at Brown University’s Watson Institute of International and Public Affairs estimates that between 184,000 and 207,000 Iraqi civilians died from direct war violence and “several times as many Iraqi civilians may have died as an indirect result of the war.” More than 9 million Iraqis were internally displaced or fled as refugees.

“The actual number of civilians killed by direct and indirect war violence is unknown but likely much higher,” the researchers reported, adding that despite more than $100 billion in aid, “many parts of the country still suffer from lack of access to clean drinking water and housing.”

“This should be admissible as evidence as The Hague,” author Daniel Denvir tweeted in response to the video, echoing years of calls for Bush and his top administration officials to face war crime charges.

Bush’s gaffe drew backlash from both sides of the political aisle.

“If you were George W. Bush, you think you’d just steer clear of giving any speech about one man launching a wholly unjustified and brutal invasion,” tweeted former Rep. Justin Amash, I-Mich.

“I wish he would have been this honest and critical of himself 20 years, countless lives, and trillions of dollars ago,” wrote Donald Trump Jr.

“When your guilty consciousness catch up to you and you end up confessing but no one cares to hold you to account,” wrote Rep. Ilhan Omar, D-Minn. “The laughing is disturbing/telling of who this man & his audience are. No care for the thousands of U.S troops & hundreds of thousands of Iraqis who died in his war.”

“It’s not a mistake. His conscience knows what he did. The Dead hear,” wrote filmmaker Michael Moore.

“This video should be played every time the US tries to assert its moral authority in international affairs,” added British journalist John McEvoy.

MSNBC host Mehdi Hasan tore into Bush over “one of the biggest Freudian slips of all time” during his show on Wednesday.

“I’m not laughing,” he said after playing the clip, “and I am guessing nor are the families of the thousands of American troops and the hundreds of thousands of Iraqis who died in that war.”

These Are All Of Your Favorite ‘Gossip Girl’ Stars, Then And Now