The Minority Caucus in the House of Representatives has called on President Muhammadu Buhari to immediately sign the one item amendment to the Electoral Act 2022.

The National Assembly last week transmitted the amendment to the President for assent, however, this has yet to be signed.

The Minority Leader of the House of Representatives, Ndudi Elumelu, in a statement on Wednesday warned that the delay by the President could cause a political crisis in the country.

Elumelu further noted that a delay in the President’s assent has the capacity to derail the democratic process and destabilise the country.

The statement reads, “The Caucus notes with grave concern that Mr. President’s delay in signing the single amendment to Section 84 (8) to the Electoral Act 2022 has thrown the nation into serious confusion and constitutes a huge threat to our democracy and the smooth conduct of the 2023 general elections.

“The Minority Caucus urges President Buhari to note that any further delay in signing the amendment to the Electoral Act to give political parties a sense of direction in the conduct of primaries for the election of candidates for the 2023 general elections has the capacity to derail our entire democratic process and destabilize our dear nation.

“As representatives of the people, the Minority Caucus urges Mr. President to avert an imminent political crisis which has the capacity of exacerbating the security situation in the country by immediately signing the Amendment to the Electoral Act 2022 and leave a legacy of a credible electoral process to the nation.

“Our caucus calls on all Nigerians, the Civil Society, the International Community and all lovers of democracy to prevail on President Buhari to immediately sign the amendment to the Electoral Act 2022 and save our nation from an avoidable crisis.”
Meanwhile, President Buhari is scheduled to depart Abuja on Thursday for the United Arab Emirates (UAE).
According to his Senior Special Assistant on Media and Publicity, Garba Shehu, in a statement, Buhari is expected to meet His Highness Sheikh Mohamed bin Zayed Al Nahyan, to convey his condolences on the passing of the former president and Ruler of Abu Dhabi, His Highness, Sheikh Khalifa bin Zayed Al Nahyan.
A statement earlier released by the Presidency read, “The President, who will depart Abuja on Thursday, will also extend his congratulations to the new President, renewing bonds of the longstanding friendship between Nigeria and the UAE.

“The President, in an earlier congratulatory message to the new UAE leader, had reaffirmed Nigeria’s cordial relationship with the country, noting that the cooperation between both governments has helped Nigeria in tracking down illegal assets and tracing terrorist funds.” 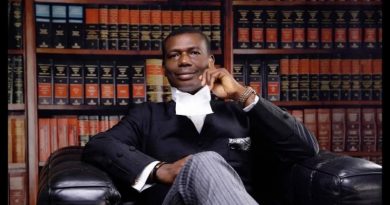 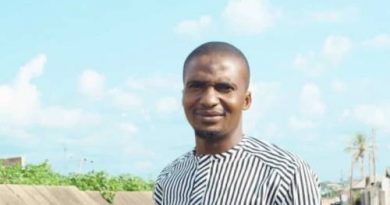