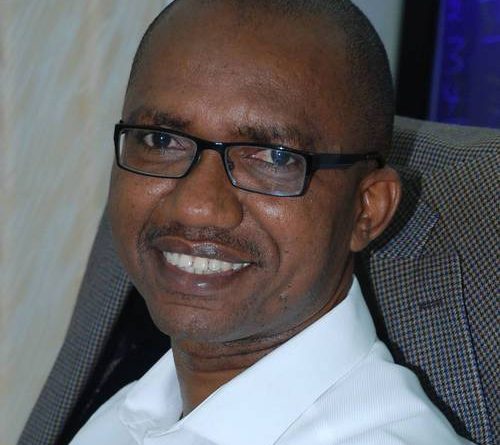 Parents, students, and indeed anyone with a conscience is still shocked at the killing of Deborah Yakubu in Sokoto over allegations of blasphemy.

The brutal termination of the life of a promising young Nigerian in a school will again pass with lamentations and condemnations as has become the norm, but most likely, without the consolation that justice would be served.

As we flip over this page and move on, we would most likely overlook the real problem that led to this tragedy. The small cause, the little speck, that has produced a big effect, an explosion and other unintended consequences.

In spite of the curfew imposed by the Sokoto State government, many residents and their properties and businesses – all of which had nothing to do with the alleged blasphemy – were attacked with potential for escalation well beyond the borders of the Caliphate.

All of these troubles derived from annoying indiscretions and abuse of social media platforms. Practically every member of a WhatsApp group must have come across a set of rules crafted by an unknown Samaritan on what to and what not to post in a group chat.

Some groups even evolve their own domesticated set of rules and observances – often applying sanctions where there are breaches. But zealots live on higher sanctimonious precepts. They have their own standards and presume to want to impose salvation by fire by force – the attitude that leads to the invasion of group chats with contents not related to the group’s subject matter.

In further blatant disregard of other members’ sensibilities, there are members who appropriate the chatrooms for their businesses, for religious purposes, for spreading fake news, sensation and even for sharing violent or gruesome content without advising viewer-discretion.

Trivial as this seems, it is so serious that one has witnessed the psychic shock and trauma inflicted on individuals simply by viewing gruesome images or videos carelessly shared in group chats.

Interestingly, the culprits so generous with such disturbing and often inappropriate content are often the least forthcoming with ideas and contributions regarding the objectives of the group.

Deborah Yakubu became the unfortunate victim of challenging such rude infractions and invasion of group chat rooms with unrelated contents. She was hunted down– not by strangers, but by her own compatriots, course-mates and group members for calling them out to do the right thing – or stop doing the wrong things – deliberately.

She can be heard in a voice note telling one of her course-mates that the group was created for academic purposes such as assignments, coursework and not the extraneous subjects they chose to post. If she had resisted the bait of further exchanges with the culprits beyond this point, perhaps tragedy might just have been avoided.

The word in the air is ‘blasphemy’. But the prelude to it is not referenced. The murderers of Deborah were the first to cross a redline by misusing a group platform, and this should become a warning in this era – a red flag in other WhatsApp groups.

If we remain flippant about this as we are wont to be as a people – taking others for granted and flaunting that brazen audacity of the okada man and his keke counterpart, then a new frontier of tragedies may just have been opened to us by social media.

For the sake of plain talk, let’s state explicitly that a problem which started as a disagreement in a WhatsApp chat group is what led to the unfortunate and brutal murder of Deborah Yakubu, a student of the Shehu Shagari College of Education, Sokoto.

She dared to remonstrate with other students for sharing irrelevant posts in their academic WhatsApp group. It started small, but has left a pool of blood and the shrieks of hounds who, not satisfied with the bestiality, proceeded to burn the remains of the dead! This is the reason we need to interrogate our actions and their unintended consequences.

In all things, moderation is the best advice for all citizens in a multireligious country and secular state. Without moderation, many will die as victims of impunity with the murderers emboldened by the state’s nonchalance.

The summary execution of Deborah is not the first of its kind in our culture of religious intolerance and impunity, but it is the first, in recent times, to have arisen from people appropriating social media platforms for purposes other than the original aims and objectives.

Like in movies, we are burdened with a mania – the callous disdain for the sacredness of human lives. Except for the zealots, the murder of Deborah still jolted many with a cold shiver.

The Nigerian Bar Association which scheduled its 2022 NBA-SPIDEL (NBA Section on Public Sector and Development Law) conference in Sokoto had to call it off with a statement reflecting the dangerous state of affairs.

The opening paragraph of the statement is fully excerpted: “The last week, like many before it, has been replete with unfortunate developments that have trivialised the sanctity of human lives, exposed the weakness in our security architecture, tested our collective resolve as a people, and significantly threatened the unity of Nigeria as a nation.

“In the South-East, there were reports of the gruesome killing of security personnel by the now notorious ‘unknown gunmen’ and other non-State actors; in Lagos, a young man (simply identified as David) was reportedly lynched by commercial motorcyclists around Lekki; and in Sokoto, there is the unfortunate and heart-wrenching murder of Miss Deborah Yakubu, a 200-level student of Shehu Shagari College of Education, Sokoto by some of her school-mates for alleged blasphemy”.

It is the tragedy of our nation that our constitution, security outlay and institutions of the state are mere warrior statues – imposing, intimidating, and menacing, but just occupying space and of no practical value.

Even the NBA knows this as paragraph 4 of their statement indicates: “While the expectation of Nigerians and the international community is that the culprits should be brought to justice speedily for the appropriate offences, the demand for the release of the suspects by some protesting youths coupled with assault on innocent citizens, burning of worship centres and destruction of property has added an entirely new and worrisome dimension to the unfortunate incident. This is clearly a test of the will of the State to fully enforce its laws and foster rule of law.”

Deborah invoked “holy ghost fire” and her executioners invoked the greatness of the Creator. But the land is soaked in blood while the three tiers of our government make illusive motions without movement. The next occupants of government houses are on the campaign trail and cannot be disturbed by the killing of one inconsequential student.

It’s complicated enough, and even considered abhorrent in some societies, to choose what to die for; but choosing what to kill for is another matter entirely. People were burned at the stake over accusations of witchcraft, which at the time, meant believing in or teaching religious ideas other than those of the Catholic Church. We look back at that time and wonder how that happened?

Well, the disgusting trail of senseless murders linked to allegations of blasphemy, including Deborah’s, does not suggest that Nigeria has moved an inch since the Middle Ages.

Yet, if we stretch this thing called blasphemy, as Professor Farooq Kperogi argued brilliantly in his article, we would find Muslims blaspheme the Christian God and vice versa and these Abrahamic religions are no less guilty of routinely blaspheming Judaism and believers in the African traditional religions or atheists!

And doesn’t it break your heart and shatter your humanity that we have become so used to the spilling of innocent blood, so accustomed to needless tragedies and so indifferent to the helplessness of government, that the state would go to court and frame Deborah Yakubu’s gruesome murder simply as “a breach of public peace?”

That charge, I think, is blasphemy against decency – and it is far worse than Deborah’s variety!

2023: Contesting For Nigerian President Is Demotion For Me – Bishop Oyedepo