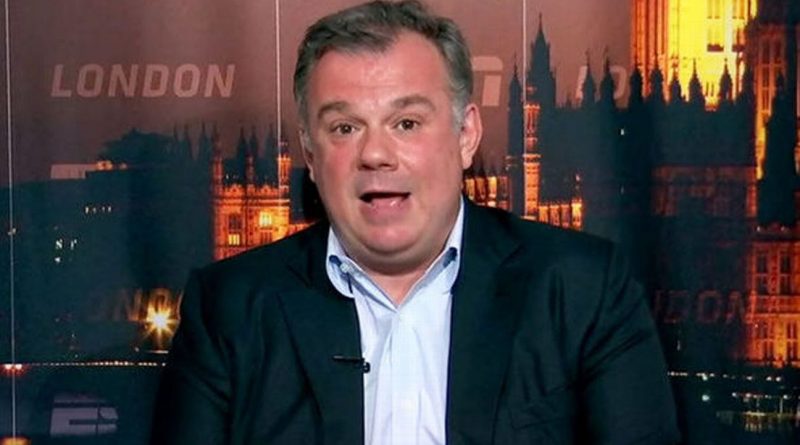 It wasn’t quite LeBron James and “The Decision.” After all, Erling Braut Haaland wasn’t a free agent, it wasn’t televised, there was no “hometown betrayal” narrative and there were plenty of whispers that an announcement was imminent as various suitors had dropped out of the race. But it’s not far off.

Haaland didn’t say — or, at least had not yet said so as of Tuesday night — that “I’m going to take my talents to the Etihad and join Manchester City … I feel like it’s the going to give me the best opportunity to win and to win for multiple years.” But he and his entourage were probably thinking it.

This is a 21-year-old man-child and alongside Kylian Mbappe, he’s one of the two hottest properties in the global game. Confirmation came on Tuesday that he was joining forces with Pep Guardiola and Manchester City, one of the very best (and best-resourced) clubs over the past few seasons, and the hot favourites to win their fourth Premier League title in five years.

What unites player and club, other than the fact they’re close to the gold standard in what they do, is planning.

After playing second fiddle to crosstown rivals Manchester United for most of their history, and winning two Premier League titles in the early years under Emirati ownership more with a scattered, big spending approach, they committed themselves to a long-term project and zeroed in on Guardiola, the architect of two Champions League crowns when he was at Barcelona and the most coveted coach in the game at the time, as the coach to take them further.

Guardiola was at Bayern at the time, but they rolled out the red carpet for him. They made no secret of their desire to learn from the Barcelona model, right down to organising their youth academies along the same ideas and securing former Barcelona executives like Ferran Soriano (now the club’s chief executive) and Txiki Beguiristain (City’s sporting director). Everything was ready for the day he was ready to commit and when he finally did, in the summer of 2016, he arrived in an environment that was more familiar than it might otherwise have been.

Haaland’s career has also been meticulously planned out. Part of it is down to his dad, Alfie, a former Norwegian international who spent three seasons at City from 2000 to 2003. Being an ex-professional’s son means having access to networks and know-how beyond the average Joe, and Haaland took full advantage.

He started out at his local club, Bryne and at 16, after visiting and being scouted by half of Europe’s biggest clubs, he stayed in his home country, opting for Molde. Eighteen months later, just after turning 18, he moved to FC Salzburg in Austria, turning down more lucrative opportunities at bigger clubs. Why Salzburg? Because they were part of the Red Bull group of clubs and were known not just for giving youngsters playing time, but for playing modern, fast and high-pressing football. They were the ideal “finishing school” and just as important, they agreed to put a relatively low release clause (€20m/$21m) in his contract. If young Erling excelled beyond that fee, he wanted to be sure he could move on.

Which is exactly what happened. He scored 28 goals in 22 games in the first half of the 2019-20 season and that January, he took his next step up the food chain. With a fee of €20m being less than a third of his market valuation at the time, he could pretty much pick his destination, and he chose Borussia Dortmund: a bigger club and a bigger challenge, but the same commitment to youngsters. And again, they agreed a release clause — €60m, as it turned out — that was far below what he would otherwise fetch on the free market.

So while Haaland wasn’t technically a free agent, having a release clause so low relative to your potential transfer fee on the open market (which is comfortably in the €180m range) amounted to pretty much the same thing. He — along with his father and his late agent, Mino Raiola — were in control. They could name their price and, crucially, their destination.

That meticulous planning doesn’t just extend to his father and agent being clever in plotting out his path, either. By all accounts, Haaland is a clean-living, hard-working kid, with a softer, new-age side to him (yoga and meditation). He avoids controversy, respects hierarchy and despite not being an outspoken media presence, still manages to rack up 15 million followers on Instagram with posts like these back at home in Norway. He has lived and breathed the game at the highest level since childhood, and it shows.

On the surface, it’s a perfect match. Manchester City haven’t had a dominant central striker since 2018, before injuries hastened Sergio Aguero‘s decline. They still score plenty of goals, mind you, but mostly without a specialist center-forward. Last summer, they pursued England striker Harry Kane, but were put off by Tottenham’s $160m valuation. Haaland, who is seven years Kane’s junior and arguably already on his level, is a comparative bargain.

This also isn’t a case of a naive young superstar with stars (and money signs) in his eyes. Haaland and his advisors know exactly what they’re getting into with City. They know the way Guardiola wants his teams to play, the way he favours the extra pass, the way he values work rate together with quality, the way the individual is subordinate to the collective.

Tempting as it may be to draw comparisons with the grand failed experiment of 2009 — the last time Guardiola bet big on an oversized Scandinavian center-forward, by the name of Zlatan Ibrahimovic — they’re off the mark. Guardiola, then at Barcelona, had just won his first Champions’ League and the club acquired the towering Sweden international for a fee of $55m plus the rights to Samuel Eto’o, a total package worth in excess of $80m. It didn’t work out as Ibrahimovic clashed early and often with Guardiola, leaving after just one season. It led to some, most recently Patrice Evra, suggesting Guardiola can’t handle outsized, in-your-face-personalities and that he had to be the star, not any individual player.

It’s a very wrong reading of the situation, then and now. First off, Ibrahimovic is outsized, outspoken and larger-than-life to a degree Haaland never will be. Second, he was 27 and fully formed as a pro at the time, while Haaland is still developing (which is scary, given how good he already is). Also, Guardiola today isn’t the Guardiola of 2009 either. He too has grown, had life experiences and worked successfully with plenty of big personalities at Bayern Munich (Thomas Muller and Manuel Neuer, to name but two).

On the pitch, the fit seems natural. Haaland is a big, central striker, but he’s also fast and an excellent passer of the ball. He has vision and work-rate, two qualities that Guardiola seems to prize above all else. Personality-wise, he’s hungry, probably hungrier than Ibrahimovic (who had already won league titles at three different clubs). City’s cupboard is brimming with trophies; Haaland’s contains only the 2020-21 German Cup and the league title he won in his first six months at Salzburg, when he was 18 and made just two league appearances. Hunger and motivation won’t be an issue.

Ultimately, City can celebrate: they won the Haaland sweepstakes. Critics will say Real Madrid are putting their chips in the Mbappe basket when it comes to their next big signing, that Barcelona are close to insolvency (and Juventus are only in a marginally better boat), that Chelsea are under government sanctions, that Liverpool are busy trying to extend their own forwards (Sadio Mané, Mohamed Salah) rather than thinking of signing new ones, that Bayern Munich have their own strict salary structure… but let them talk.

The fact is everybody wanted Haaland, and City got him. The fact that he chose them as much as they chose him (if not more) bodes very well.

Both are going into this with eyes wide open. Now, the rest is up to Pep and Erling.

What was PSG star and Real Madrid target Mbappe doing near the Bernabeu?

Camavinga, only 19, keeps coming to Real Madrid’s rescue just like they knew he would