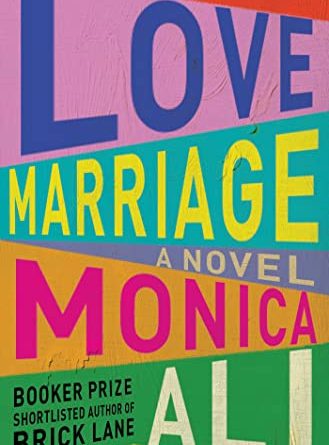 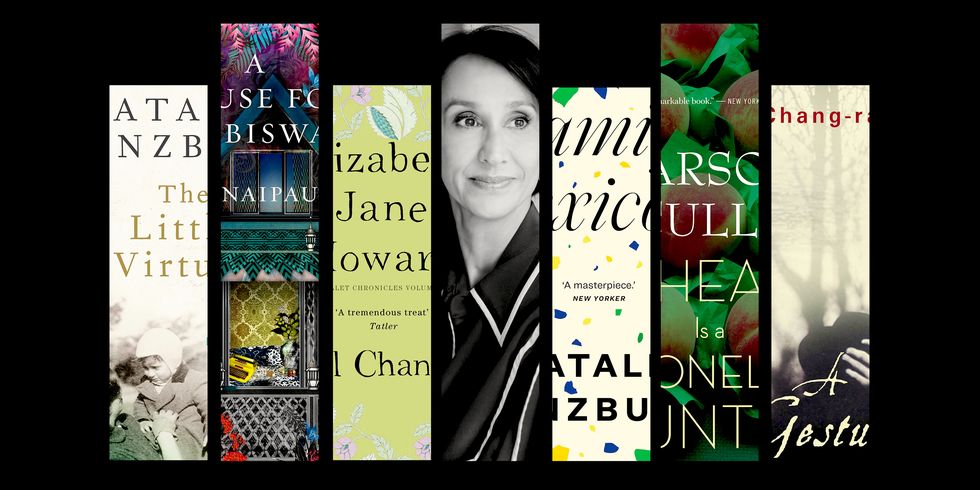 Monica Ali has been open about the loss of confidence and resulting depression that kept her from bookstores, new novels, literary festivals, speaking invitations and writing for years. A little more than 10 years have passed since her last novel and nearly 20 since her Booker Prize-shortlisted debut, Brick Lane. Love Marriage (Scribner), about two doctors from different cultures engaged to be married, marks her fifth book and as an instant Sunday Times bestseller, welcome return.

Born in Dhaka to a Bengali father and English mother, Ali fled with her brother and mother (who she remembers reading The Story of Ferdinand to them on the flight out) when civil war broke out. Her father would eventually reunite with his family in the UK, and she would earn a philosophy, politics, and economics degree at Oxford University.

The London-based author taught creative writing at Columbia University and was Distinguished Writer in Residence at the University of Surrey. She is a fellow at the Royal Society of Literature and patron of women and girls’ empowerment organization Hopscotch Women’s Centre.

She has two children; worked as a sales and marketing manager at small publishers including Verso and at a design and branding agency; spends time at her summer house in Portugal (where her second novel Alentejo Blue takes place); and is adapting Love Marriage for a BBC television series.

Practices: Transcendental Meditation. Listens to: Esther Perel’s “Where Should We Begin?” podcast. Intrigued by: Therapy as an alternate career and communal living. She shares her book picks below.

…made me weep uncontrollably:

A Gesture Life by Chang Rae Lee. It tells the story of a Japanese-American man’s love for a Korean “comfort girl” during World War II when he was in the Japanese army stationed in Burma. “Comfort girls” were basically sex slaves, raped every day by numerous soldiers. It is a story that is simultaneously brutal and unbearably tender.

A House for Mr. Biswas by V.S. Naipaul because it is the best tragi-comedy ever written. It’s also a sideways look at colonialism, race, and religion. And the story of one man’s struggle to carve out, against the odds, his own place in the world.

1984 by George Orwell. I first read it when I was 13, and it had a profound impact. I heard doublespeak all around me. Naturally, as a teenager, you’re inclined to think that adults are hypocritical. But it also made me think about the news in a different, more questioning, way.

…made me rethink a long-held belief:

In the Realm of Hungry Ghosts by Gabor Maté. I read it as part of my research for Love Marriage, because Maté is a physician specializing in addiction, and one of my characters is a sex addict. I’d previously thought only an unfortunate small minority of people suffer from addictions. But Maté reveals how addiction actually runs on a continuum through our society. We can be addicted to so many things – social media, stress, power, shopping – in order to medicate and conceal our fears or pain.

…I swear I’ll finish one day:

The Gulag Archipelago by Aleksandr Solzhenitsyn. It’s a searing record of Soviet terror and oppression, and it is a masterpiece. But I had to stop two-thirds of the way through because I couldn’t take it anymore.

…I read in one sitting, it was that good:

Family Lexicon by Natalia Ginzburg, a fictionalized memoir of childhood in Italy in the 1920s and 30s, and fighting fascism when Mussolini comes to power. It’s life-changingly good. It’s a lesson in how to live.

The Love Songs of W.E.B Du Bois by Honorée Fanonne Jeffers. I’m 600 pages in, and I really don’t want it to end.

My daughter, who’s 21, has read all my books. My son, who is two years older, hasn’t read any of them. But I live in hope, so I’d pass on a copy of Love Marriage, and maybe he’ll check it out after I’m dead and gone.

…has the best opening line:

“In the town there were two mutes, and they were always together.” From The Heart is a Lonely Hunter by Carson McCullers. One mute is interesting, but two? That’s so intriguing, it pulls you in fast. What are they doing together? You immediately want to know.

…has a sex scene that will make you blush:

The Group by Mary McCarthy. I’d so often heard about the book (published in the 1960s) as an absolute must-read, but I’ve never got around to it until now. It’s a book about love and heartbreak, marriage and careers. And sex. McCarthy is superbly adroit at writing about real, painful, messy, complicated sex.

…should be on every college syllabus:

Natalia Ginzburg’s collection of essays, The Little Virtues. It contains everything you need to prepare yourself for adulthood and how to raise children. “As far as the education of children is concerned I think they should be taught not the little virtues but the great ones. Not thrift but generosity and an indifference to money; not caution but courage and a contempt for danger; not shrewdness but frankness and a love of truth; not tact but love for one’s neighbor and self-denial; not a desire for success but a desire to be and to know.”

Probably Anna Karenina by Tolstoy. Although it could equally well be any one of Jane Austen’s novels. I couldn’t imagine life without either Tolstoy or Austen.

The Cazalet Chronicles by Elizabeth Jane Howard – five volumes of sprawling family saga spanning from the 1930s to 1950s. Howard is a sharp observer of human drama and psychology, and she writes about pain, loss and longing superbly well. Somehow – for me – this works like some kind of balm.

A House for Mr. Biswas

In the Realm of Hungry Ghosts

The Heart Is a Lonely Hunter

Riza Cruz
Riza Cruz is an editor and writer based in New York.

How to make salsa that’ll make you wanna double dip