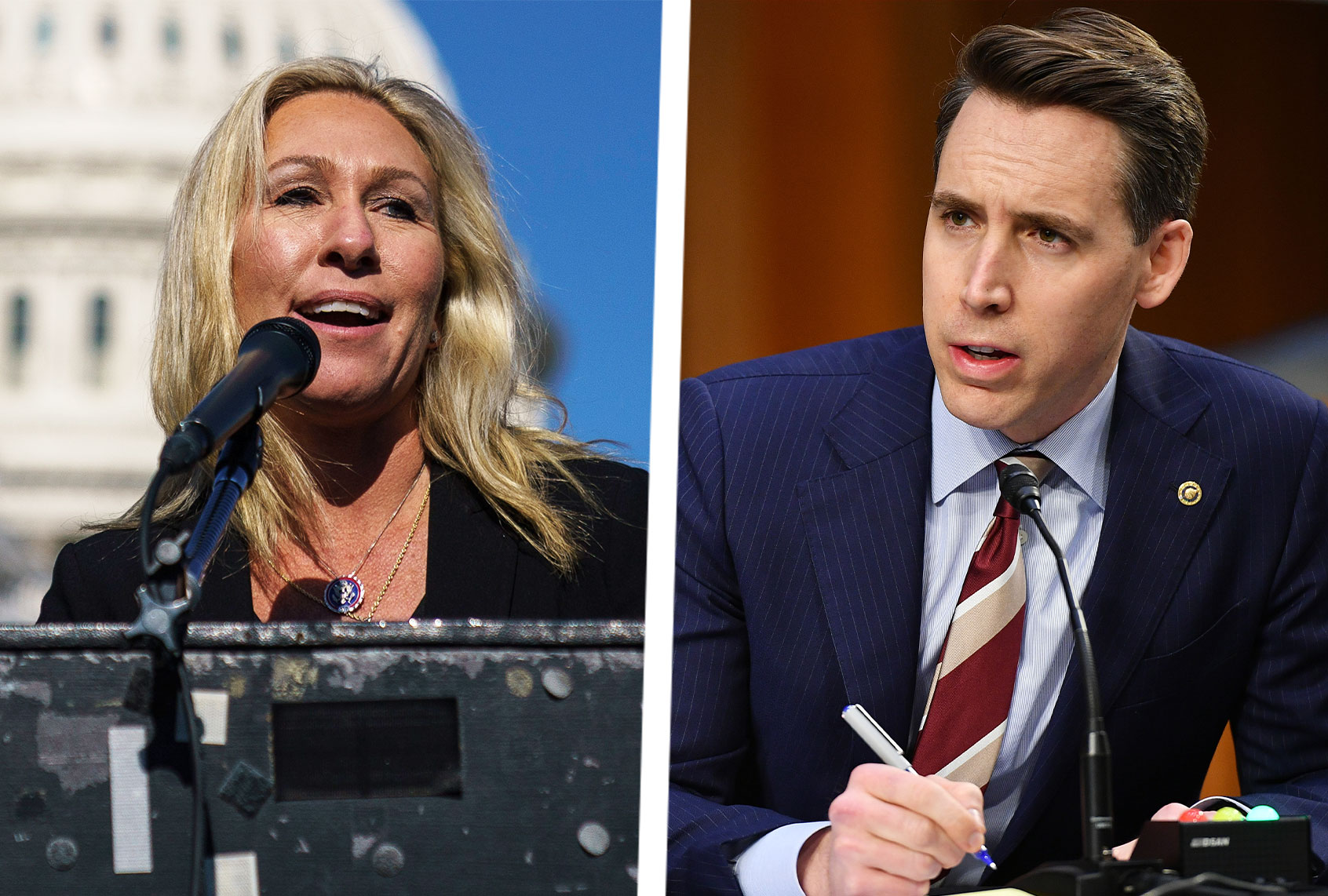 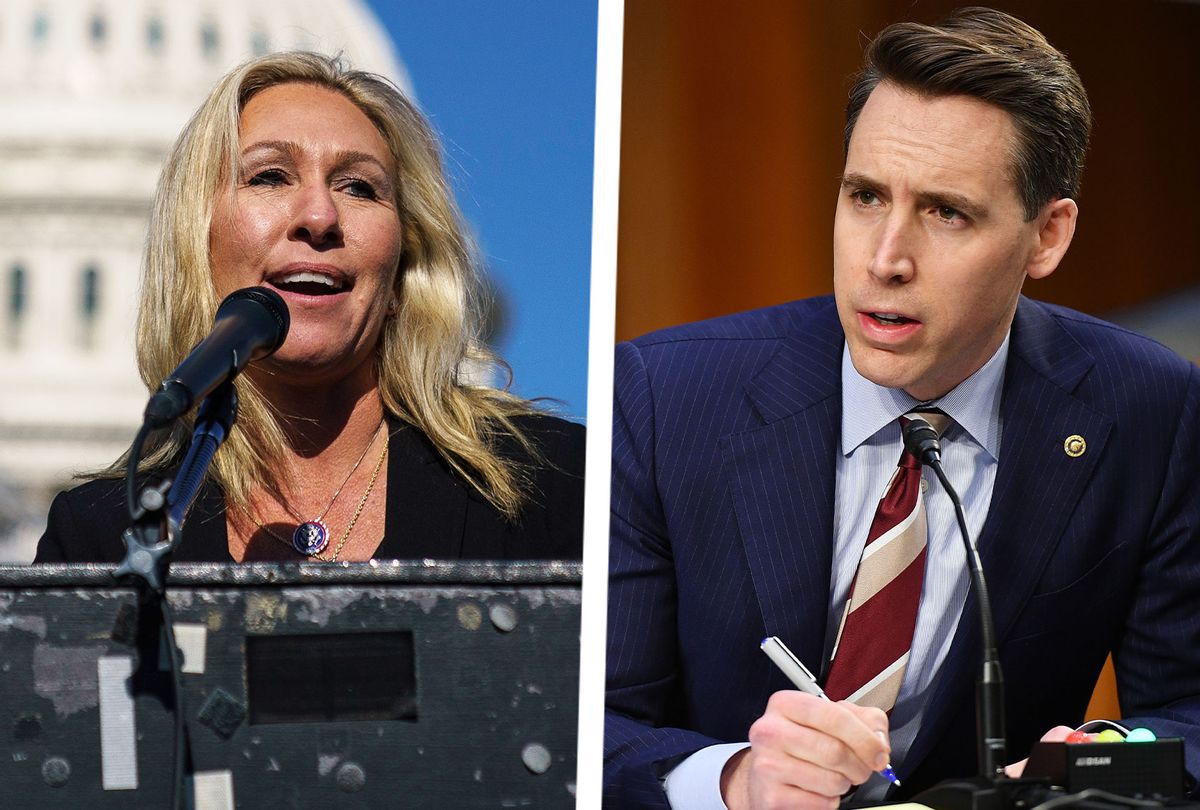 Rep. Jamie Raskin, D-Md., a member of the House select committee investigating the Jan. 6 attack, recently tweeted: “We now have evidence to support the story of the worst presidential political offense against the Union in American history.”

In terms of holding onto power, this may still be a country for old men, but it should be no country for insurrectionists. The committee plans to present its case to the American people at last, with at least eight public hearings, starting on June 9.

More than 800 citizens (many also full-time denizens of the Confederacy and QAnon) have been arrested for their actions that day at the Capitol, and about 250 have pleaded guilty so far. The FBI has video and photos of other suspects, many of which are so clear one wonders how it can be that they have not yet been identified. But there are other suspects — far more culpable for what occurred that day — and we can see them walking in and out of Congress every day.

RELATED: Do the Democrats know how to fight? Jan. 6 committee signals it’s still scared of Trump

The highly placed “public servants” who instigated the insurrection — the Insurrection Elite, as it were — have been allowed to slide so far, and keep on defending the deadly attack or obfuscating what happened. Republican leaders first claimed that it might be a “false flag” operation, in which members of some imaginary anti-fascist group dressed down as Trump supporters; then a GOP congressman from Georgia suggested that the attack wasn’t really so bad, but more like “a normal tourist visit.” After that, some gleefully claimed that the whole thing was Nancy Pelosi’s or President Biden’s fault.

Those who actually instigated the insurrection have been allowed to slide so far, and keep on defending the attack or lying about it.

The most popular guy on Fox News has quipped that the day when the president of the United States and members of his cult nearly succeeded in a violent subversion of the peaceful transition of power “barely rates as a footnote” in history.

Was someone talking about the “elite” and their privilege? Here, their confidence about getting away with anything and everything is so great that they blithely change the narrative of things we all saw with our own eyes.

Nearly a year and a half after 140 Capitol and Metropolitan police were injured, some grievously, by the stun guns, chemical sprays, clubs, batons, poles, sharpened shafts and other makeshift weaponry brought by Trump followers — who engaged in a kind of hand-to-hand combat likened by police to “a medieval battle” — the public is learning how planned out the day really was, and how duplicitous and shameless the Republican leadership is.

The Jan. 6 committee has done an exhaustive study of the events of the day and the planning that led up to it. In a lengthy, rambling speech to his crowd of supporters on the Ellipse that day, Trump insisted they must “stop the steal,” claimed he had won by a landslide, said that many Republicans were weak, and told the crowd they should march to the Capitol and “fight like hell” or else they would not have a country anymore. Of course he skipped the march himself and repaired to the White House to gleefully watch on television as they rampaged at the Capitol. During the siege, Republican members of Congress, including Kevin McCarthy, along with Fox News personalities and his own family members were calling and texting Trump, begging him to call things off. (We don’t know who Trump spoke with for most of that day because there is a gap of more than seven hours in the official White House phone logs.)

Beyond that clear example of hiding or destroying evidence, indulge me in a list of the things that most stand out:

Why are Josh Hawley, Marjorie Taylor Greene and their fellow conspirators still allowed anywhere near the Capitol? It boggles the mind.

Sen. Josh Hawley, R-Mo., that anti-elitist champion of the common man (and graduate of Stanford and Yale Law School) not only betrayed his country but betrayed the high emotions of his fellow conspirators on Jan. 6, when he couldn’t help himself from raising his fist in solidarity with the roiling mob. That he and multiple GOP members of Congress who appear to have engaged in planning to stop the certification of electoral votes are still allowed anywhere near the Capitol boggles the mind.

Near the end of Joel and Ethan Coen’s 2007 Academy Award­–winning film “No Country for Old Men,” adapted from the novel by Cormac McCarthy, two older lawmen are ruminating about how the culture — and criminals — have changed. Speaking of the relentless killer-for-hire Anton Chigurh (Javier Bardem), El Paso sheriff Roscoe Giddens (Rodger Boyce), shakes his head and says to Sheriff Ed Tom Bell (Tommy Lee Jones): “Strolls right back into a crime scene. Who would do such a thing? How do you defend against it?”

It appears to many of us that quite a few insurrectionists walked right back into the scene of the crime, the U.S Capitol, or “the People’s House,” as they like to call it — as if they had some special claim on it and could do whatever they like with it — and have been lying and stonewalling about their roles ever since. One hundred and forty-seven Republicans voted against certifying the electoral votes, even after the riot by Trump’s supporters, after chaos had come to the Capitol and people had died. Why persist at that point? Well, because some of them were in on the plan and still thought it might succeed. Some were apparently asking for presidential pardons in real time.

The People’s House is not theirs to destroy. And the people who live in my house want any traitor to this country out of office and banned from even running for dogcatcher. The third section of the 14th Amendment may have been written with members of the Confederacy in mind, to disqualify them from holding office, but who doesn’t see that we have a new Confederacy standing tall and defiant in front of us? It wasn’t for nothing that the rest of us had to suffer seeing the Confederate flag carried into the Capitol.

Thinking of another scene from the film, it could be that I’m just an old man who doesn’t know what’s coming. But I think I see it clearly — and the mainstream press is finally seeing it, too. And it won’t be the United States of America anymore — my country, and presumably yours — if the small but relentless gang of white nationalists and religious right zealots that Trumpism let loose prevails in the end. 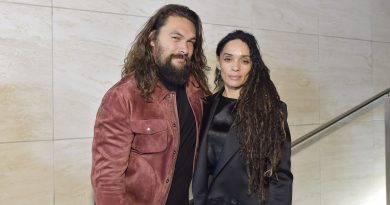 5 tools for making better coffee at home, according to caffeine aficionados