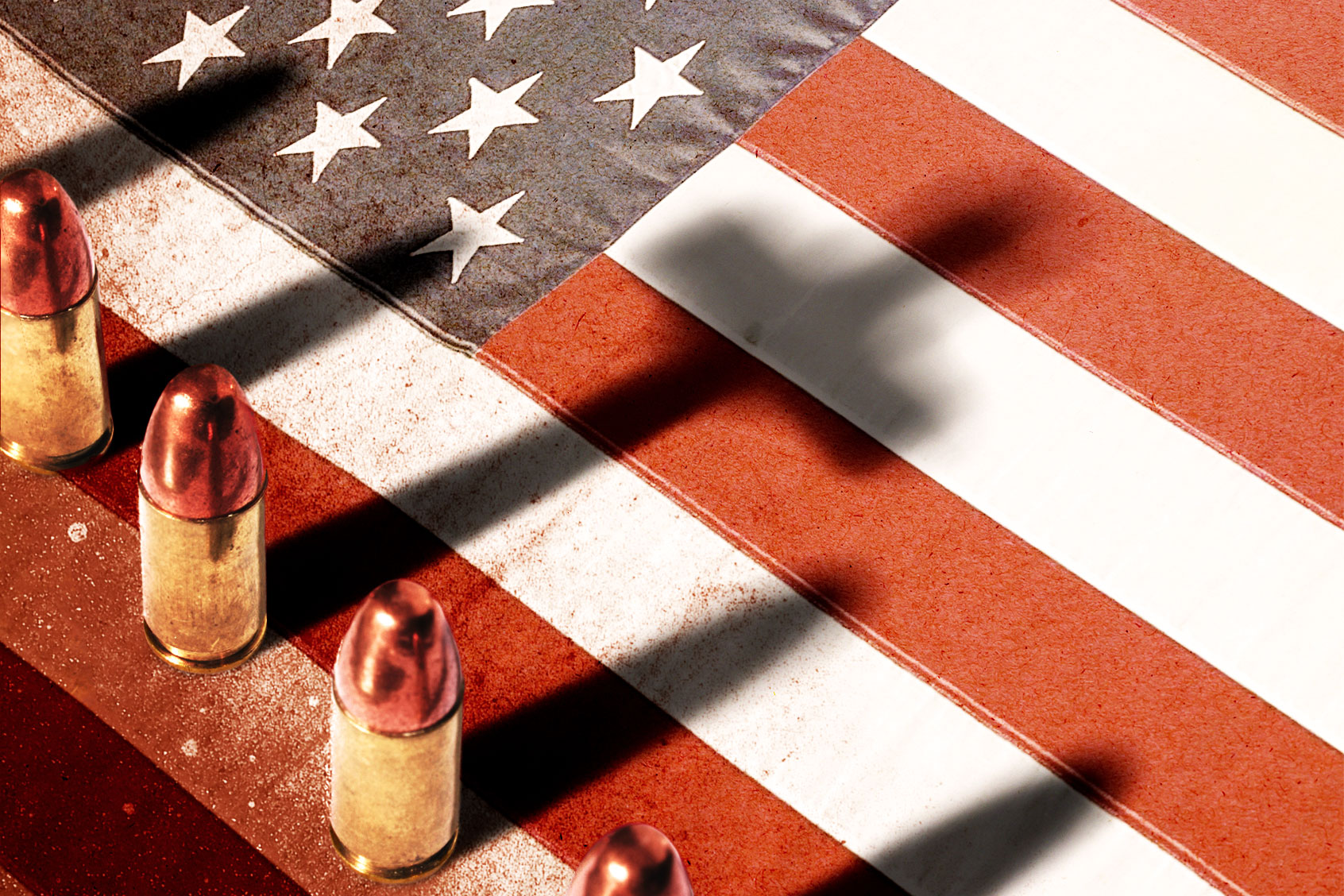 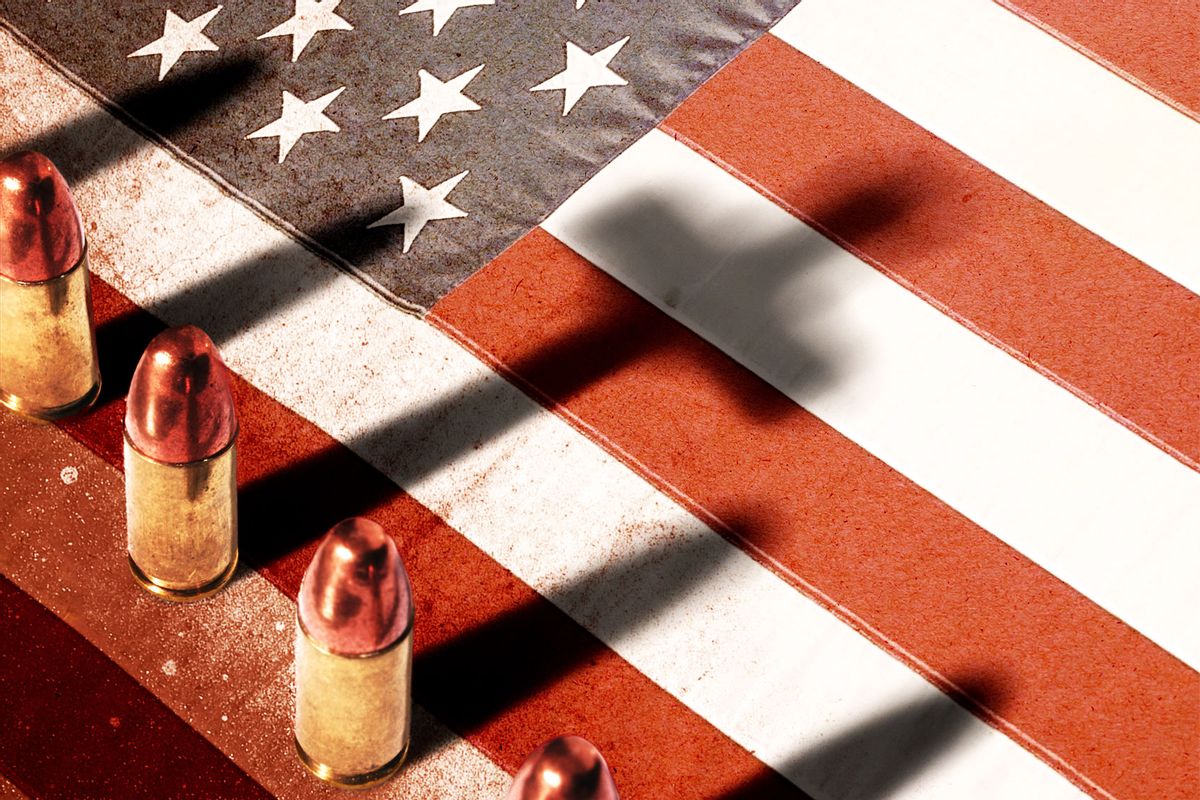 The Democratic Party — which had 50 years to write Roe v. Wade into law with Jimmy Carter, Bill Clinton and Barack Obama in full control of the White House and Congress at the inception of their presidencies — is banking its electoral strategy around the expected Supreme Court decision to lift the judicial prohibition on the ability of states to enact laws restricting or banning abortions.

I doubt it will work.

The Democratic Party’s hypocrisy and duplicity is the fertilizer for Christian fascism. Its exclusive focus on the culture wars and identity politics at the expense of economic, political and social justice fueled a right-wing backlash and stoked the bigotry, racism and sexism it sought to curtail. Its opting for image over substance, including its repeated failure to secure the right to abortion, left the Democrats distrusted and reviled.

The Biden administration invited Amazon Labor Union president Christian Smalls and union workers from Starbucks and other organizations to the White House at the same time it re-awarded a $10 billion contract to the union-busting Amazon and the National Security Agency (NSA) for cloud computing. The NSA contract is one of 26 federal cloud computing contracts Amazon has with the U.S. Army and Air Force, the Department of Health and Human Services, the Department of Homeland Security, the Department of the Interior, and the Census Bureau. Withholding the federal contracts until Amazon permitted free and open union organizing would be a powerful stand on behalf of workers, still waiting for the $15 minimum wage Joe Biden promised as a candidate. But behind the walls of the Democratic Party’s Potemkin village stands the billionaire class. Democrats have failed to address the structural injustices that turned America into an oligarchic state, where the obscenely rich squabble like children in a sandbox over multibillion-dollar toys. The longer this game of political theater continues, the worse things will get.

RELATED: Democracy vs. fascism: What do those words mean — and do they describe this moment?

The Christian fascists have coalesced in cult-like fashion around Donald Trump. They are bankrolled by the most retrograde forces of capitalism. The capitalists permit the stupidities of the Christian fascists and their self-destructive social and cultural wars. In exchange, the billionaire class gets corporate monopolies, union-busting, privatized state and municipal services, including public education, revoked government regulations, especially environmental regulation, and are free to engage in a virtual tax boycott.

The war industry loves the Christian fascists who turn every conflict from Iraq to Ukraine into a holy crusade to crush the latest iteration of Satan. The Christian fascists believe military power, and the “manly” virtues that come with it, are blessed by God, Jesus and the Virgin Mary. No military budget is too big. No war waged by America is evil.

The Democrats’ hypocrisy and stupidity are the fertilizer for Christian fascism, which is bankrolled by the most retrograde forces of capitalism in exchange for the destruction of the welfare state.

These Christian fascists make up perhaps 30% of the electorate, roughly equivalent to the percentage of Americans who believe abortion is murder. They are organized, committed to a vision, however perverse, and awash in money. John Roberts, Samuel Alito, Amy Coney Barrett, Clarence Thomas, Neil Gorsuch and Brett Kavanaugh, mediocre jurists and Federalist Society ideologues who carry the banner of Christian fascism, control the Supreme Court.

Establishment Republicans and Democrats, like George Armstrong Custer on Last Stand Hill, have circled the wagons around the Democratic Party in a desperate bid to prevent Trump, or a Trump mini-me, from returning to the White House. They and their allies in Silicon Valley are using algorithms and overt de-platforming to censor critics from the left and the right, foolishly turning figures like Trump, Alex Jones and Marjorie Taylor Greene into martyrs. This is not a battle over democracy, but the spoils of power waged by billionaires against billionaires. No one intends to dismantle the corporate state.

The ruling class in both parties told lies about NAFTA, trade deals, “reforming” welfare, abolishing financial regulations, austerity, the Iraq war and neoliberalism that did far more damage to the American public than any lie told by Trump. The reptilian slime oozes out of every pore of these politicians, from Nancy Pelosi and Chuck Schumer to Biden, who backed the 1976 Hyde Amendment banning federal funding of abortions and in 1982 voted to support a constitutional amendment that would allow states to overturn Roe v. Wade. Their hypocrisy is not lost on the public, even with their armies of consultants, pollsters, courtiers in the press, public relations teams and advertising agencies.

Marjorie Taylor Greene is clueless and unhinged. She claims Hillary Clinton was involved in a child mutilation and a pedophilia ring and several high-profile school shootings were staged. But weaponized, like Trump, she is a political cruise missile aimed straight at the heart of the discredited centers of traditional power.

Hate is the fuel of American politics. No one votes for who they want. They vote against those they hate. Black and brown marginal communities have suffered worse assaults than the white working class, but they have been defanged politically with militarized police that function as internal armies of occupation. The erosion of due process, the world’s largest prison system and the stripping away of all rights, often including voting rights because of felony convictions, as well as a loss of access to most social services and jobs, have reduced many Black and brown people to subsistence level on the lowest rung of America’s caste system. They are also the primary targets of Republican-sponsored voter suppression and redistricting.

The glue holding this Christianized fascism together is not prayer, although we will get a lot of that, but war. War is the raison d’être of all systems of totalitarianism. War justifies a constant search for internal enemies. It is used to revoke basic civil liberties and impose censorship. War demonizes those in the Middle East, Russia or China who are blamed for the economic and social debacles that inevitably get worse. War diverts the rage engendered by a dysfunctional state towards immigrants, people of color, feminists, liberals, artists, anyone who does not identify as a heterosexual, the press, antifa, Jews, Muslims, Russians or Asians. Take your pick. It is a bigot’s smorgasbord. Every item on the menu is fair game.

I spent two years with the Christian right reporting and researching my book “American Fascists: The Christian Right and the War on America.” These Christian fascists have never hidden their agenda or their desire to create a “Christian” nation, any more than Adolf Hitler hid his demented vision for Germany in “Mein Kampf.” They prey, like all fascists, on the despair of their followers. They paint gruesome portraits of the end times. when the longed-for obliteration of nonbelievers presages the glorious return of Jesus Christ. The battle at Armageddon, they believe, will be launched from the Antichrist’s worldwide headquarters in Babylon once the Jews again have control of Israel. The closer we get to Armageddon, the giddier they become.

These people believe this stuff, as they believe in QAnon or the election fraud that supposedly put Biden in office. They are convinced that a demonic, secular-humanist ideology propagated by the media, the United Nations, elite universities, the ACLU, the NAACP, NOW, Planned Parenthood and the Trilateral Commission, along with the U.S. State Department and major foundations, is seeking to destroy them.

Violence is embraced as a cleansing agent, a key component of any fascist movement. The Christian fascists do not fear nuclear war. They welcome it. The insane provocations of Russia by the Biden administration, including the decision to provide $33 billion in assistance to Ukraine, target 10 Russian generals for assassination and pass on to Ukraine the intelligence to sink the Moskva, the guided missile cruiser that was the flagship of the Russian Black Sea fleet, supercharges the ideology of the Christian right. The marriage of the war industry, determined to make war forever, with the Christian fascists yearning for the apocalypse is terrifying. Biden is sleepwalking us into a war with Russia and perhaps with China. The Christian fascists will accelerate the bloodlust.

The political deformities we have spawned are not unique. They are the product of a society and government that no longer functions on behalf of the citizenry, one that has been seized by a tiny cabal, in our case corporate, to serve its exclusive interests. The airy promises politicians make, including the announcement by candidate Barack Obama that the first thing he would do in office was sign the Freedom of Choice Act, which during his eight years as president he never got around to doing, are worthless. The scheduled vote next week in the Senate on a bill asserting that abortions are legal in the United States, which is expected to be blocked by the Republicans’ use of the filibuster, a Senate procedural rule that requires 60 votes to advance most legislation in the 100-member chamber, is another empty gesture.

We saw the consequences of this dysfunction in Weimar Germany and Yugoslavia, a conflict I covered for the New York Times. Political stagnation and economic misery breeds rage, despair and cynicism. It gives rise to demagogues, charlatans and con artists. Hatred drives political discourse. Violence is the primary form of communication. Vengeance is the highest good. War is the chief occupation of the state. It is the vulnerable and weak who pay.

Read more from Chris Hedges on war, peace and the global crisis of democracy: 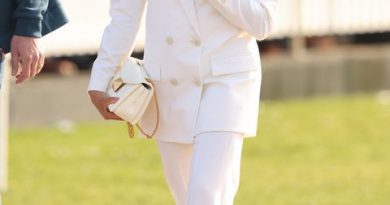 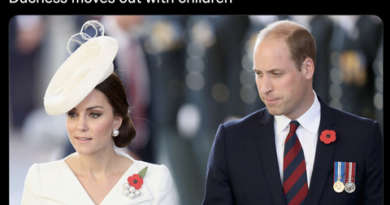