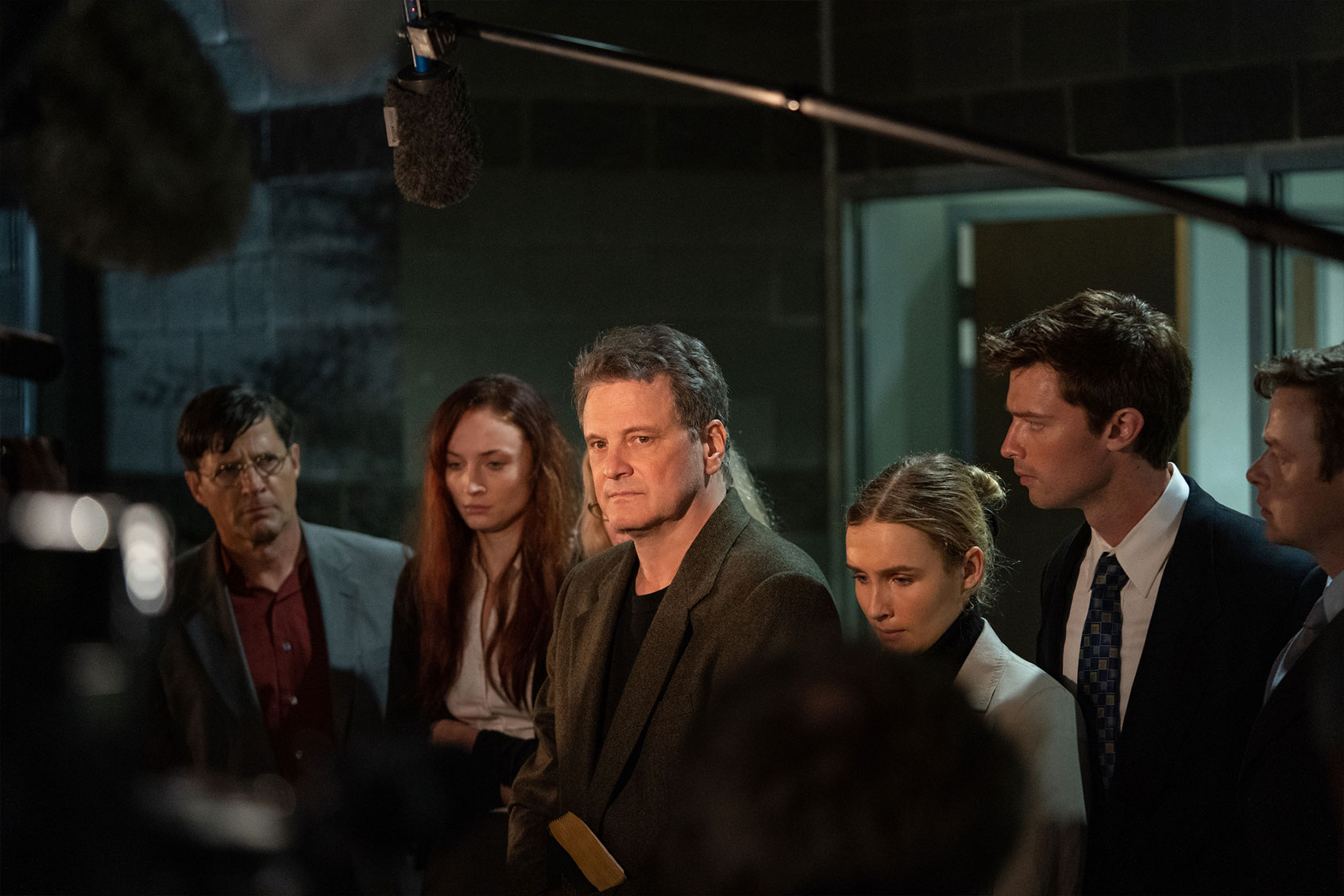 Every popular modern docuseries owes a huge debt to the international success of “The Staircase,” Jean-Xavier de Lestrade’s Peabody award-winning sensation that fascinated millions with the strange case of Michael Peterson, a successful novelist accused of murdering his second wife Kathleen. The case has all the ingredients necessary to lure and capture true crime fans – a victim who died under unclear circumstances, a wealthy, somewhat famous suspect leading a double life, and a fallout that painfully divides a formerly close-knit family.

Today, viewers can avail themselves of two boons Lestrade did not have working in his favor when the series first premiered. The first is obvious. In 2005, when the first 10 episodes premiered domestically on the Sundance Channel, there were no major streaming services.

The second may change the way you watch you watch “The Staircase,” whether in the form of the original documentary series or the new dramatized version on HBO Max, starring Colin Firth as Peterson and Toni Collette as Kathleen. This refers to the famous Owl Theory.

RELATED: What tips someone into Murderville?

The Owl Theory is one of the weirdest hypotheses in all true crime fandom that sounds ripe for having been deaded, breaded and fried from the moment it was first set aloft. It’s not included in the original “Staircase” episodes because it did not come to be until 2009. Lestrade left it out of the three later episodes covering the reopening of Peterson’s case because it never made it into the court proceedings.

But the creator of the dramatized version of “The Staircase,” Antonio Campos, will indeed present it to the HBO Max audience in later episodes of his show.

“We took it as seriously as any other theory,” he confirmed to reporters at the Television Critics Association press conference earlier this year.

Why wouldn’t he? It’s been determined by ornithological experts to have merit, for one thing. For another that’s of higher import to the TV viewer, it sounds absolutely cuckoo. Until you dig deeper.

Here is where we reassure you that knowing about The Owl Theory isn’t going to spoil your enjoyment of “The Staircase,” whether you choose the unscripted version or the new Collette-and-Firth trap. The most it may do is lay a filter over what you see; at any rate, if you don’t want to know about it, fly away now. 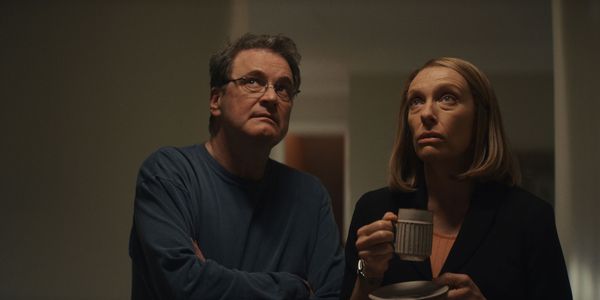 Colin Firth, Toni Collette in “The Staircase” (HBO Max)In the early morning of December 2001, Michael Peterson called 911 and reported finding his wife Kathleen unconscious and bleeding at the bottom of a staircase. Paramedics were unable to revive her, and once police arrived they began treating her death as a homicide, eventually charging Peterson with murder. A jury found him guilty in 2003, and he spent eight years in prison before his case was retried in 2016.

The Owl Theory first took flight in 2009 when T. Lawrence Pollard, an attorney and neighbor of the Peterson’s in Durham, North Carolina, examined files related the case and noticed that forensics specialists that examined a clump of hair pulled out by the roots in Kathleen hand contained microscopic owl feathers along with a wooden sliver. Pollard noted that barred owls are native to their area, and although it’s rare, they have been known to attack humans.

He theorizes that Kathleen may have been outside when one such owl swooped down and attacked Kathleen to the point of ripping deep lacerations into her skull. She ran inside to escape the attack. However, given the amount of intoxicants that were already in her blood stream including, according to the toxicology report, muscle relaxants, anti-anxiety medication and alcohol, she may have been more prone to falling. Pollard posits that she attempted to climb the stairs and fell, bleeding out where she landed.

This also somewhat explains parts of the prosecution’s case that didn’t entirely fit. The medical examiner determined that Kathleen bled out from seven lacerations to the scalp surmised to be the result of an attack with a light, rigid weapon, but the defense pointed out that Kathleen’s skull showed no evidence of fracture, nor was there any sign of brain damage.

Despite how off-the-wall “death by owl” sounds, proponents of the theory point out that the hypothetical bird of prey isn’t technically a murderer but, rather, a contributor to a death they believe to be accidental. And while owl attacks are unusual, they do happen. In fact, in 2010 three owl aficionados submitted affidavits declaring that Kathleen’s wounds were consistent with such an assault. The birding world took the theory seriously enough for the Audubon Society to publish an article about it in 2016.

“I think we’ve entered a time in society where we feel that things are black and white, that there’s only one way to see something, and if you don’t see it my way, then you’re wrong,” said “Staircase” co-showrunner Maggie Cohn at the press event. “And I think what’s interesting about this is it’s an opportunity to show multiple perspectives of the same incident and to make people comfortable, ultimately, with the gray, with saying that, ‘I might not know what happened, but now I have a better idea of how something like this could happen.'”

Bizarre-but-possible scenarios are television’s lifeblood, which is the reason The Owl Theory was prominently parodied in the first season of the short-lived NBC true crime spoof “Trial & Error.”

Although Peterson entered an Alford plea to the lesser charge of manslaughter in 2017 in exchange for a sentence of time served, he has always insisted that he is innocent. Among people familiar with the case, there’s plenty of reason to suspect that Peterson’s queerness and the discovery of his adultery factored more heavily in the jury’s decision to convict him in 2003 than anything else. Not even the lack of a forensically confirmed murder weapon was enough to shift reasonable doubt in his favor.

So it probably goes without saying that the owl theory never landed in court. That hasn’t stopped it from feathering a mystery that’s still hooked us all these years and crime-tale binges later.

The first three episodes of “The Staircase” are available to stream May 5 on HBO Max and new episodes drop Thursdays. The 13-part original documentary can be streamed on Netflix. 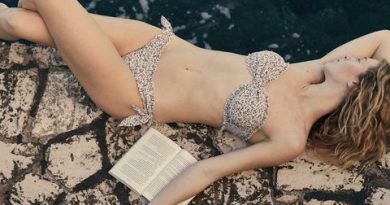