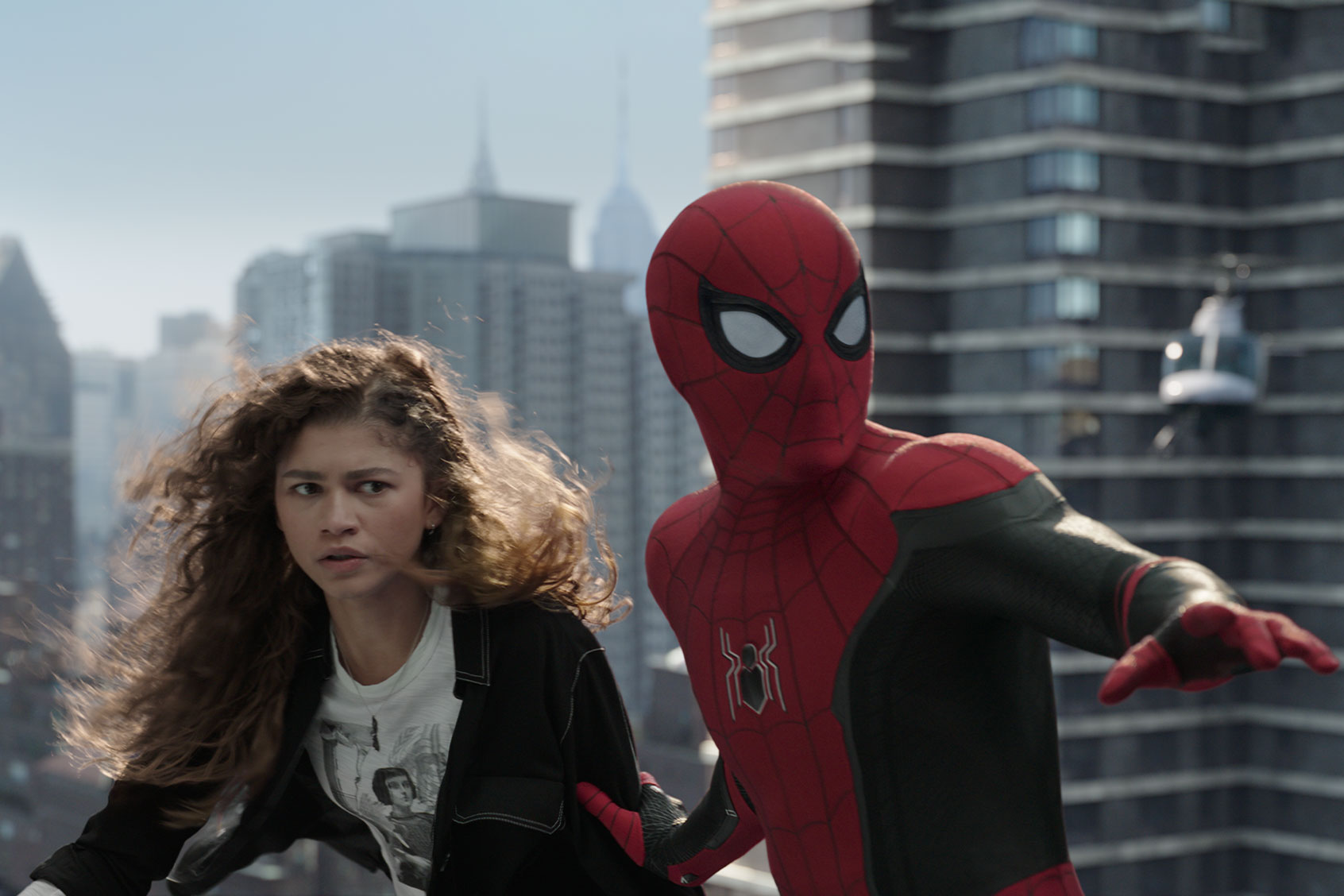 Zendaya went through it six years ago when Marvel chose her to play MJ in Tom Holland’s “Spider-Man” movies. Racist fanboys lost their minds.

A small, loud band of similarly minded ignoramuses went into conniptions at the announcement that Halle Bailey had been cast as Ariel in the live-action movie version of “The Little Mermaid.” The same year, 2019, brought news that Lashana Lynch would become the first Black female 007 in James Bond franchise’s history. Assuming there’s a fandom crossover between Disney fairy tales and that spy game, that meant lots of narrow-minded folks stayed mad.

It happened to Celina Smith when she played the title role in NBC’s “Annie Live!” the second Black girl to do so after Quvenzhané Wallis played the famous orphan in 2014. It also happened to Wallis, who by the time she played Annie was the already the youngest performer ever to be nominated for a Best Actress Academy Award.

Dealing with racist harassment comes is part of life for people who are Black, female and successful, especially those who dare to assert themselves roles presumed to be reserved for white people.

Indeed, what is happening to Jeffries resembles the way white supremacists went after Amandla Stenberg in 2012 for playing Rue in “The Hunger Games” – and Rue has always been a Black character.

So in winning the highly sought-after part of Annabeth Chase in the upcoming Disney+ adaptation of “Percy Jackson and the Olympians,” Jeffries has joined a sisterhood.

This doesn’t refer to the vitriol Jeffries has been contending with since her casting was announced a week ago along with Walker Scobell (“The Adam Project“) being chosen to play Percy, with Aryan Simhadri as Percy’s confidante Grover. Dealing with racist harassment comes is part of life for people who are Black, female and successful, especially those who dare to assert themselves in high profile roles presumed to be reserved for white people.

Instead, the sorority I’m referring to is defined by its excellence. Some of those to whom I’ve referred have been recognized by awards juries.  Others, like Smith and Jeffries, are rising talents. But all of them got where they are by proving that their superior skills cannot be denied. 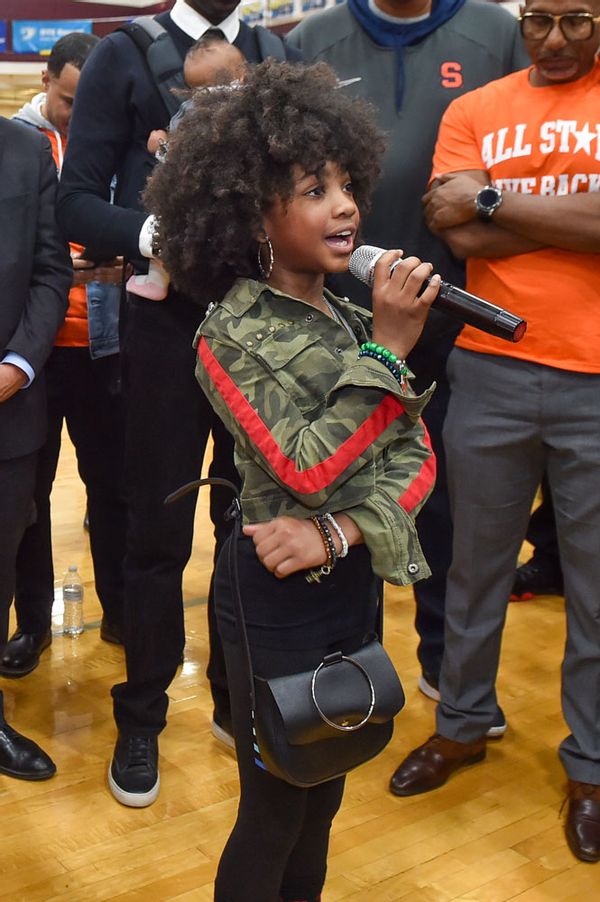 That’s the part that really makes racists angry – especially when the role in question is attached to a fictional figure people wish they could be or wish they could be with. Which describes nearly every human or demihuman in popular fiction.

In “Percy Jackson,” Scobell plays the 12-year-old version of the hero who discovers he is the son of Poseidon when he begins to manifest strange powers.

Annabeth, who “Percy Jackson” author Rick Riordan describes in his books as having curly blonde hair, tan skin, and gray eyes, also exhibits extraordinary abilities, none of which have anything to do with her canonical appearance. Riordan acknowledges as much in a detailed May 10 blog post that’s notable for the specificity with which he calls out those attacking Jeffries:

“Some of you have apparently felt offended or exasperated when your objections are called out online as racist,” Riordan wrote. ‘But I am not racist,’ you say. ‘It is not racist to want an actor who is accurate to the book’s description of the character!’

You are upset/disappointed/frustrated/angry because a Black actor has been cast to play a character who was described as white in the books. ‘She doesn’t look the way I always imagined.’

You either are not aware, or have dismissed, Leah’s years of hard work honing her craft, her talent, her tenacity, her focus, her screen presence. You refuse to believe her selection could have been based on merit. Without having seen her play the part, you have pre-judged her (pre + judge = prejudice) and decided she must have been hired simply to fill a quota or tick a diversity box.

. . . You are judging her appropriateness for this role solely and exclusively on how she looks. She is a Black girl playing someone who was described in the books as white.

Friends, that is racism.

Mind you, if you know much about Annabeth Chase you might understand why seeing a Black girl play her upsets white supremacists. In short, it’s because she’s a demigod, the daughter of Athena, written as athletic, highly intelligent, and smart, all of which attract Percy to her as a friend at first before they eventually fall in love. Annabeth also joins Percy as the only character to cross into the author’s volumes featuring the Norse and Egyptian pantheons.

This makes her one of the most popular figures in modern young adult literature, as significant to some readers as “Harry Potter” heroine Hermione Granger . . . whose adult incarnation was portrayed by a Black actor, Noma Dumezweni, in the London production of the play “Harry Potter and the Cursed Child.”

No child deserves to be bombarded with hatred, especially over something she rightfully earned. But that rule has never applied to Black girls.

Dumezweni’s casting also caused an outcry which, along with every other case, should tell you something about what these blowhards have in common: most of them are adults or close enough to it. They believe they’re protecting the sanctity of their favorite fables out of some obligation to themselves or their children. They can’t abide being asked to identify with a hero who doesn’t look like some version of them, which is precisely what people of color who love these stories have had to do since . . . always.

The fact that they’re turning their rage on a 12-year-old girl is especially pathetic but, again, not unprecedented. Wallis was 11 years old when Twitter sleazebags referred to her as the N-word for having the gall to be cast in a musical I will bet my bottom dollar only a few of actually care about. Stenberg wasn’t much older when trolls dropped the worst imaginable nonsense about her online. This should go without saying, but no child deserves to be bombarded with hatred, especially over something she rightfully earned. 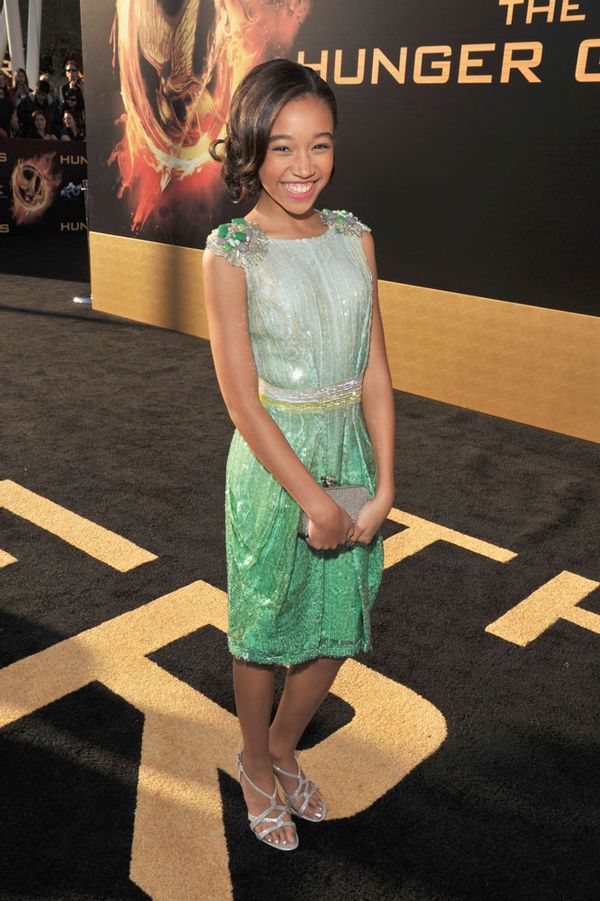 Actress Amandla Stenberg (who played Rue) arrives at “The Hunger Games” Los Angeles premiere held at Nokia Theatre L.A. Live on March 12, 2012 in Los Angeles (Lester Cohen/WireImage/Getty Images)But that rule has never applied to Black girls or women; hence, this week enough low-lifes bombarded TikTok’s admins with enough fake violation reports to get both of Jeffries’ accounts deplatformed. Regardless of this, she continues to exhibit a level of fortitude informed, no doubt, by the others whose footsteps she’s following. One difference is that she’s choosing to return fire with sweetness and positivity instead of remaining silent or responding with a response crafted by her PR team.

Let me be clear: Handling cheap hatred with a measured reaction that lets bigots know you’re above it all remains a valid tactic, especially for established performers. However, Jeffries doesn’t even have her own Wikipedia page yet, necessitating her strategically savvy charm offensive to cut through the bile.

In a recently posted video, she expressed gratitude to her admirers, showering the message to her attackers with the same bubbly sparkle.

That’s true. It won’t. Look at the track records of the people who survived this gauntlet before her. Zendaya, the backbone of “Euphoria,” is an Emmy winner who co-stars with Holland in the third-highest-grossing domestic movie release in history, “Spider-Man: No Way Home.”

Stenberg is an activist who has co-starred in films such as “Dear Evan Hansen” and has a main role in an upcoming “Star Wars” series. And Wallis is one of the best reasons to watch Starz’s outstanding basketball drama “Swagger.” Another reason these bigots give these girls and women hell is that exposure in shows like this means we’ll be seeing a whole lot more of them further down the road.

Riordan’s fiery backup also is extraordinary, in that he did not wait for a reporter to ask for his opinion on how Jeffries is being treated or share his approval via a short burst on Twitter, as J.K. Rowling did in defending Dumezweni. He didn’t do it because he thinks his prejudiced enthusiasts will believe him – that has never factored into the racist’s entrenched point of view. Rather, it is important in the way it bolsters what the vastly greater number of Jeffries’ supporters already know. It is not merely a matter of Riordan putting his weight behind the star in declaring, “Leah Jeffries is Annabeth Chase.”

It’s about affirming that he and Disney know she’s one of the faces of the future. 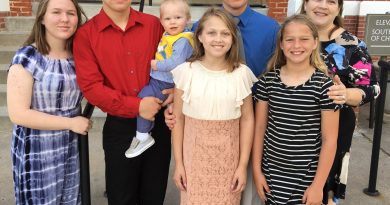 ‘This Cannot Happen Again’: How One Mom Found Purpose After Losing Her Daughter to COVID-19

What is a ”warrior poet”? The neologism that connects New Agers and Madison Cawthorn, explained