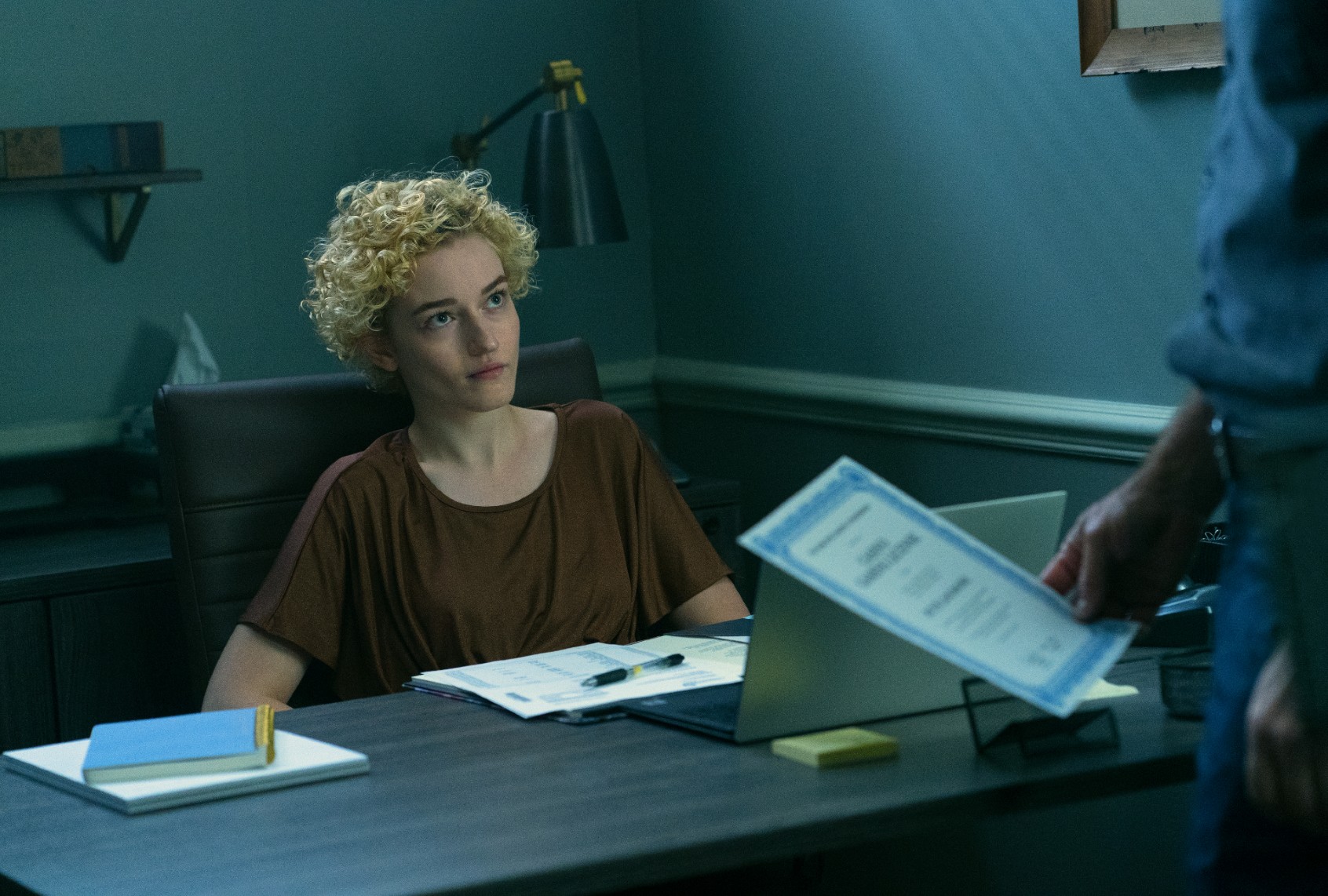 Watching these last two episodes of “Ozark” ramping up to the finale felt emotional because I know what’s coming.

Although I haven’t watched Episode 14 yet, preferring to watch them as I write about them in an effort to harness a sincere reaction to what I just saw, I know what happens in it because of internet reasons. I know that the next time I sit down to watch this show for the first time, for the very last time, I’ll be bracing at the start of every scene, waiting to witness the death of a certain character.

But as of now, at least for the purpose of this recap, she’s still alive, supervising the construction of the home she daydreamed about with her cousin Wyatt (Charlie Tahan). For now the idea of having her whole life ahead of her feels like a good thing in a way she never would have even known to hope for, and it’s just so sad to know how short that life will end up being when, comparatively, a b***h wolf like Wendy Byrde (Laura Linney) will walk away from this with nothing more than one hell of a kiwi bump on her head, and two less children that she never really gave a crap about anyway.

It doesn’t seem fair. But life is only fair for a**holes, and that’s something that Ruth Langmore (Julia Garner) would tell you herself.

It doesn’t seem fair. But life is only fair for a**holes, and that’s something that Ruth Langmore (Julia Garner) would tell you herself.

RELATED: “Ozark:” Marty and Wendy are losing it

After Charlotte (Sofia Hublitz) and Jonah (Skylar Gaertner) pay $20,000 cash to bail their parents out of jail for their little road rage incident, Wendy (Laura Linney) and Marty (Jason Bateman) go home to discuss next steps. Wendy gives Marty the option to leave her after they’re finally out from under Navarro (Felix Solis), if they’re ever able to actually make that happen, but it feels like another attempt to get someone else to take initiative on an action that she wants to do herself, but is too sneaky to put herself in front of.

In the middle of the chaos taking place with Navarro and Camila (Verónica Falcón), who now knows that Navarro didn’t actually kill her son Javi (Alfonso Herrera) like she was told, the Byrdes also have to battle with Wendy’s dad, Nathan (Richard Thomas) who filed a court order to take her kids away.

When Wendy learns of her dad’s intentions she tries to combat him with her go-to method, threats made while smiling, but he has way more against her than she has against him. Sure, he used to beat her and keeps a collection of booze in a shoe box, but she had her own brother killed, and her dad knows it.

All Wendy’s dad needs to officially win against her in court is testimony from ex-cop Mel Sattem (Adam Rothenberg) but Wendy finds a quick work-around there by pulling some strings and getting Mel reinstated in the Chicago police force. And, as luck would have it, he’s expected in Chicago immediately, so he won’t be able to show up in court.

This maneuvering on Wendy’s part gets her dad rattled, to be sure, but the judge rules against her regardless because her facade of “family life” is no longer believable. We see the endgame of this play out in some of the best scenes in the whole series when, checking out of his motel, Mel eyes the cookie jar holding the ashes of Ben, the man he’s been looking for all the while; and then Wendy, after making an embarrassing scene of herself with her dad on the court steps, bashes the side of her head on the passenger window of the Byrde family car. We see blood trickle down her face, but her expression never changes. Two different lives headed deeper into darkness. 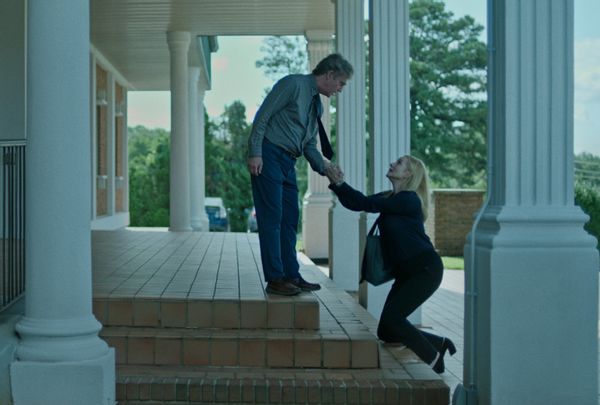 Richard Thomas as Nathan Davis, Laura Linney as Wendy Byrde in “Ozark” (Courtesy Of Netflix)Now that Camila knows that Navarro didn’t kill her son, and Ruth is pulling the Byrdes’ main method of laundering money away from them by taking over the casino, she’s about to be the focus of a lot of dangerous attention. But even knowing what’s to come, it’s hard to not feel happy for her as she’s enjoying luxuries she’s never had access to before like pricey booze, air travel with a window seat to look out of while sipping a cocktail, and a clean record  — the first in her family, courtesy of an emotional appeal to the town judge, who sees potential in her.

“I promise you. You clean me up and I will do whatever it takes to stay that way,” Ruth says to the judge. She won’t have to live up to that promise for long, sadly.

A storm is headed everyone’s way, in just about every way you can imagine

A storm is headed everyone’s way, in just about every way you can imagine, and Ruth and the Byrdes “hunker down” in their own unique fashions, for their own divisive reasons.

“Go ahead and rain, you dumb b***h,” Wendy says, checking herself into the mental hospital as a mad grab for attention from her lost children. As she sits there, Ruth is being followed by Navarro’s hit man, Nelson (Nelson Bonilla) who then goes after Ruth’s friend and business partner, Rachel (Jordana Spiro) who gets a warning call from Ruth just in time to shoot Nelson before he has a chance to shoot her.

With Nelson dead, who’s left to go after Ruth? And will the last show she ever watches actually end up being “Duck Dynasty?” My God, she doesn’t deserve this.

Can Labor Activists Be Style Icons?