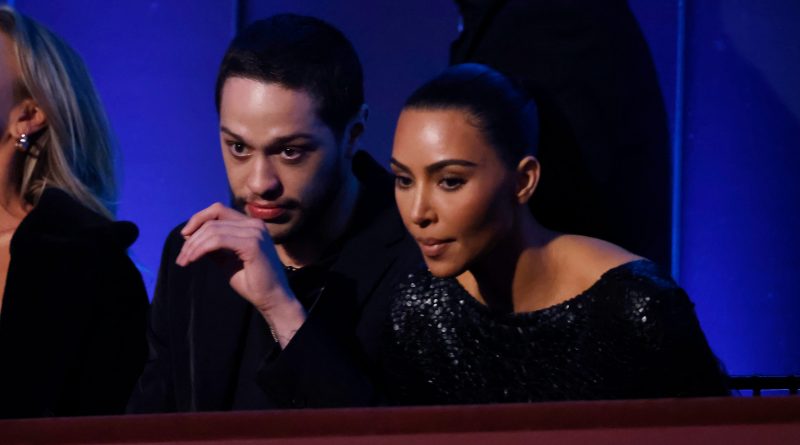 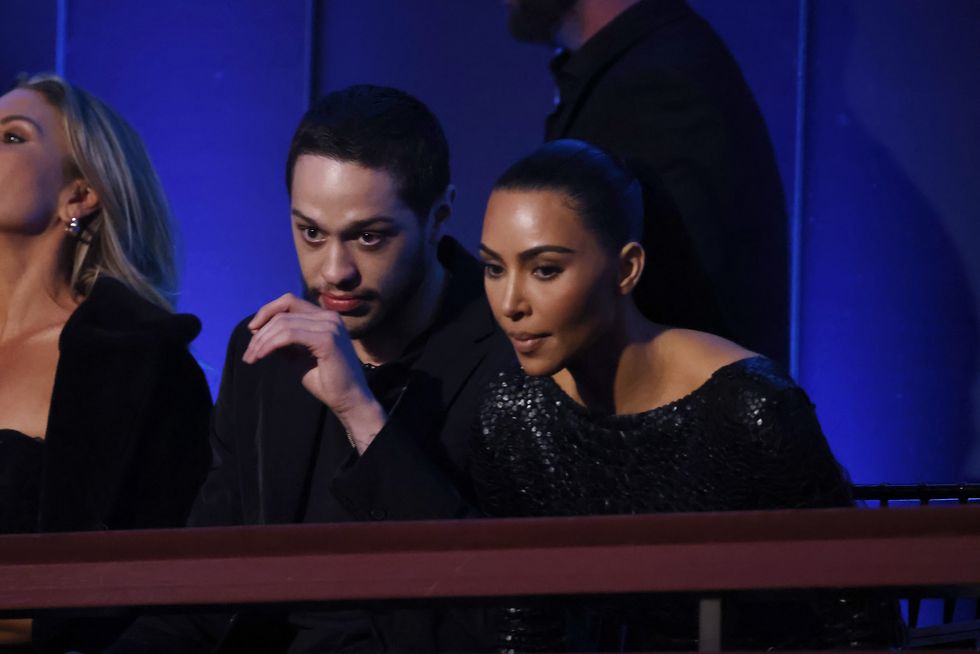 On Thursday night, comedian and Saturday Night Live star Pete Davidson filmed his Netflix special at the Fonda Theatre in Los Angeles, sneaking out the back with his girlfriend Kim Kardashian right after the taping. The pair jumped into a waiting car, obscuring their faces from paparazzi photographers gathered around the exit. Kardashian blocked her face with her hand as Davidson “disguised” himself with his beanie, but once they were in the car he could be seen laughing with Kardashian.

Davidson’s appearance on Netflix Is A Joke: The Festival at the Hollywood Bowl included some new material which addressed the social media attacks he experienced after he began dating Kardashian. Her ex-husband, Kanye West, was initially quite vocal about wanting to reconcile with his former wife, but when she began dating the comedian his tone changed. West became quite hostile towards Davidson, even making a song threatening him and a music video to accompany it that featured a claymation figure of Davidson getting beheaded.

During his set, Davidson joked about how West alleged that he had AIDS and the comedian was almost convinced he did because West “is a genius.”

He did get a bit more sincere to describe how surreal the attacks became, and how his life seemed to change after West focused on him. He compared the humiliation to Will Smith slapping Chris Rock as the Oscars. He recalled being at a basketball game sitting between Jon Stewart and Rock, calling it the “before time.”

“Before life was over,” he quipped.

Davidson also addressed his feelings about his friend Jack Harlow continuing to work with West, saying he didn’t hold any grudges, unlike West who turned on his former collaborator Kid Cudi for maintaining a friendship with Davidson. He did joke that if Bill Burr, who co-starred in his move The King Of Staten Island, ever went to one of West’s Sunday Services their friendship would be over.

Since West and Kardashian were both declared legally single in March, the rapper’s public attacks and accusations of parental alienation have tapered off. A source told Page Six at the time that West said he was “going away to get help.”

“For the sake of the kids, Kanye has told Kim he’s not making any public appearances or inflammatory social media statements, and he will go away somewhere to get better,” the insider explained. 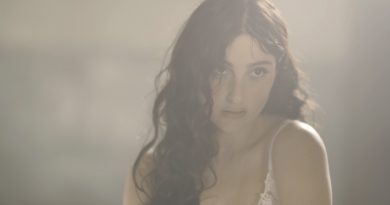 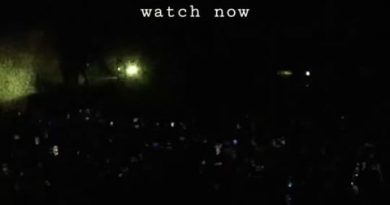