The Chairman of Langtang North Local Government Area of Plateau State, Ubandoma Joshua Laven, has said that the state government ignored his warning over the recent attack in the Kanam council area of the state.
Laven said he told Governor Simon Lalong’s administration that terrorists were camping in the forests, mountains, hinterland and some other places.

According to him, the recent killings in Kanam Local Government Area of the state would have been averted if the state government had heeded his warning and acted swiftly on intelligence reports, Daily Trust reports.
No fewer than 150 people were recently killed and about 5,000 others displaced by terrorists who invaded eight communities in Kanam.
Laven, who spoke to journalists at the Yakubu Gowon Airport, Heipang, Jos, also denied saying in a viral video that he would stop a particular ethnic group from coming to campaign in Tarok land ahead of the 2023 general elections.
The Commissioner for Information and Communication, Dan Manjang, however, described Laven’s allegations as a figment of his imagination.
“The government had done a lot on security, even if not divulged to the public,” Manjang said, noting that the attacks were not peculiar to Plateau State or the country. 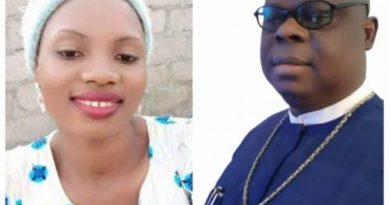