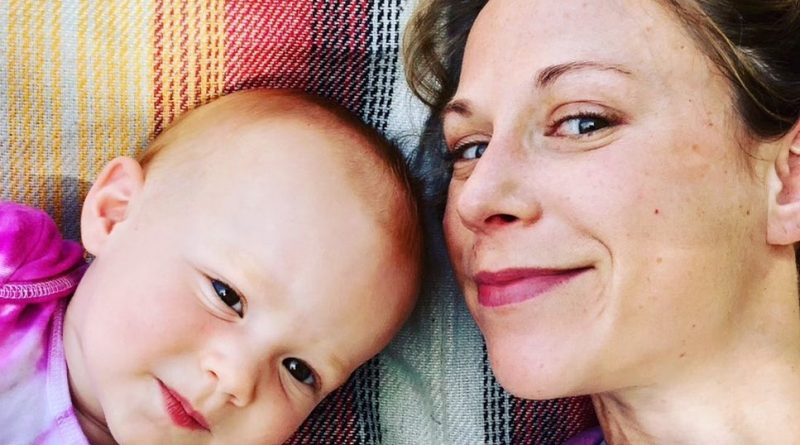 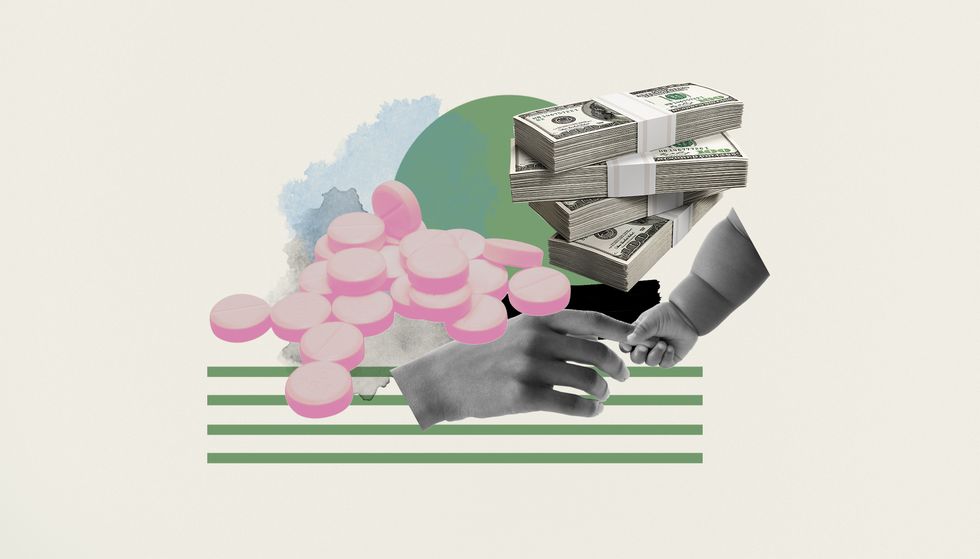 When my husband and I decided to start a family, we knew from the jump that we’d need help. Decades of anorexia had left me without a period as I entered my thirties, and I honestly didn’t think I’d ever get pregnant. Still, we gave it a go. Several times a week for nearly 10 months, I’d ride the 2 train from Brooklyn to the Upper West Side to see my fertility doctor, doing treatment after treatment until, lo and behold, I was pregnant. Throughout it all, I’d only paid a pittance of co-pays.

By the time we decided we wanted a second child, our circumstances had changed. We’d moved to the other side of the country and had different, much worse, insurance—with zero fertility coverage. As I write this, we’ve paid thousands of dollars for three cycles (it took seven last time), and while we await the results of the last one, we’re staring down an unanswerable question: How much are we willing to pay for a baby?

We’re not alone. In the U.S., 12 to 15 percent of couples struggle with infertility, and an estimated 10 percent of women report that they or their partners have received medical help to become pregnant, including the many LGBTQ and single individuals who need to avail themselves of fertility treatment to have a baby. These numbers are growing, too. Use of in vitro fertilization (IVF) has increased steadily since it was introduced in the U.S. in 1981, as has use of fertility drugs in general—a change that could be attributed to the fact that people are waiting until later in life to become parents, as well as potential lifestyle or environmental factors that can contribute to infertility. And all of this costs money.

Our first time around, the treatment that worked for us involved pills to induce follicle growth, a “trigger shot” to prompt ovulation, an intrauterine insemination (IUI), and countless ultrasounds along the way. We were blissfully ignorant of the price of any of it. But this time, I’m painfully aware: each ultrasound is $450; each IUI, $600; the trigger shot, $110; the follicle-inducing pills were only a couple bucks, but when my body stopped responding to them, I shelled out $900 for a more potent injectable version. We’ve paid more than $7,000 so far.

The author and her daughter, Audrey.

Costs for fertility treatment vary widely, but there’s a ballpark. One round of IVF can run around $25,000 when you include medication; egg freezing can cost anywhere from $10,000 to $20,000, plus an annual storage fee; and surrogacy comes out to a whopping $100,000 to $150,000. What’s more, fertility treatment often don’t work the first time. Most people need to try multiple treatments several times to end up with one successful pregnancy, meaning that you’re multiplying all of these sums by some unknown figure.

Of course, these are the raw costs; what people end up paying depends on their insurance coverage. But, as anyone who has run the gauntlet of fertility treatment knows, that coverage is often pitiful and hard-won.

Whether or not fertility treatment is covered also depends largely on where you live. Only New York requires Medicaid to cover fertility treatment, but 17 states have passed laws that require certain insurers to cover infertility diagnosis or treatment, while two states require them to offer at least one plan with coverage. Even if you live in one of those 19 states, though, it doesn’t mean your treatment will be covered. Most plans have a mountain of requirements and restrictions for coverage—you need to do X IUIs before they’ll cover IVF; you need a specific diagnosis; you must try conceiving for Y years before anything is covered—and certain states specifically exclude IVF, one of the most expensive treatments. These barriers can be particularly daunting for LGBTQ people, who may not meet an insurer’s criteria for an “infertility” diagnosis or may be disqualified from certain treatments because of gender-affirming care.

“We learned quickly that $10,000 was just a small drop in the massive cost that it would ultimately take.”

There’s also the looming threat of the lifetime max an insurer will pay, which is often less than one round of IVF. Candace Wohl, a social media director who lives in Virginia and has blogged about her decade-long struggle with infertility, remembers sitting on the floor with her husband, scrutinizing every insurance plan offered by their respective employers looking for one that covered anything. The plan they chose had coverage, but with a lifetime cap of $10,000. “We learned quickly that $10,000 was just a small drop in the massive cost that it would ultimately take,” she says.

It’s important to note that self-funded, employer-sponsored plans—which account for 61 percent of all employer-sponsored insurance plans—aren’t subject to state mandates. They can do whatever they please when it comes to infertility coverage, which can be a good thing or a bad thing. Among the biggest employers, a full 77 percent offer some sort of fertility benefits, and their coverage for expensive treatments like IVF and egg freezing increased significantly from 2015 to 2020. But as employers get smaller, the numbers begin to fall off. Only 32 percent of small employers offer any fertility coverage.

Given all this, it’s not shocking that many populations are priced out of fertility treatment completely. Most women who seek medical intervention to get pregnant are white, over 35, higher income, and are privately insured.

Infertility is a diagnosable medical condition, and covering expensive services like IVF would likely increase monthly insurance premiums by a few dollars, tops—so why is it like this? The answer is one that seems not only obtuse but cruel when offered to people who have emptied their savings trying, with increasing desperation, to build a family: Fertility treatment is not considered “medically necessary.” It’s often put into the same elective category as cosmetic surgery.

This all means that those who can’t conceive naturally might have to spend a lot of money for a baby.

“The out-of-pocket costs we incurred were unfathomable,” Wohl remembers. She and her husband spent close to $80,000 on IUIs, IVF, and surgeries before she was diagnosed with uterine cancer and the door to future treatments closed. When Alex Fiorillo, who lives in Denver and works at a social impact behavioral design firm, made the choice to become a single mother via IVF, she financed her treatment with the savings that she’d been accumulating to buy a new house.

For those without savings, covering fertility treatment often requires getting creative. A number of companies and organizations, like Baby Quest Foundation and Future Family, provide fertility-specific grants and loans. There’s also crowdfunding, which has become a common stopgap for our country’s abysmal healthcare landscape. After Wohl’s diagnosis, she and her husband turned to fundraising—along with donation garage sales, a side hustle on Etsy, and more financial sacrifice—to finance their adoption and surrogacy journey.

Since fertility coverage is often location-dependent, there’s also the option to move. When Tammy Brown found that the cost of IVF in the U.S. was “prohibitive,” she began traveling to Panama for treatment. By doing embryo transfers and purchasing medication and donor eggs abroad, she estimates that she saved close to $10,000.

When I hear these women’s stories, it feels silly for me to fret over a measly $7,000. Still, that’s a sizable chunk of change, one that’s prohibitive for many, financially taxing for most, and stressful for all. But when fertility treatment results in a healthy baby, the number of dollars spent—no matter how high—becomes justifiable. Despite everything Wohl endured, the “decade of heartache and financial devastation,” she says it was all worth it “to finally hear the word ‘Mommy.’” Fiorillo, whose little girl is due in September, says that she looks at it as an investment in her family’s future: “You can’t put a price on family and love.”

But for some people, those for whom the financial weight of fertility treatment is just too great, there is a price, and when that price is reached, they must accept the reality that money will prevent them from having a biological child.

“It was excruciating. I’ll never heal from the loss of the baby I never had.”

After Brooke Martin, who works at the University of Nebraska’s Medical Center, completed three IUIs with no coverage, she knew that she couldn’t afford to go any further. “It was excruciating. I’ll never heal from the loss of the baby I never had,” Martin says. “I wish I could have found a way. It’s a shame that cost prevents so many women from experiencing the most beautiful, life-giving opportunity. Why should she get that chance over me? Because her insurance says so?”

To those who haven’t been through the process, it might feel crude to have money determine whether or not you have kids. But money, just like a baby, is a very real thing, and hemorrhaging it indefinitely has very real consequences. I have one amazing daughter, and there is certainly no way to equate her worth to a dollar amount. But when faced with the endless unknown of fertility treatment, many are forced to put a price on their theoretical child.

So how much more are we willing to pay for a baby? I don’t know. We find out in a few days if our last IUI worked, and I just hope the results save me from ever needing to answer that impossible question. 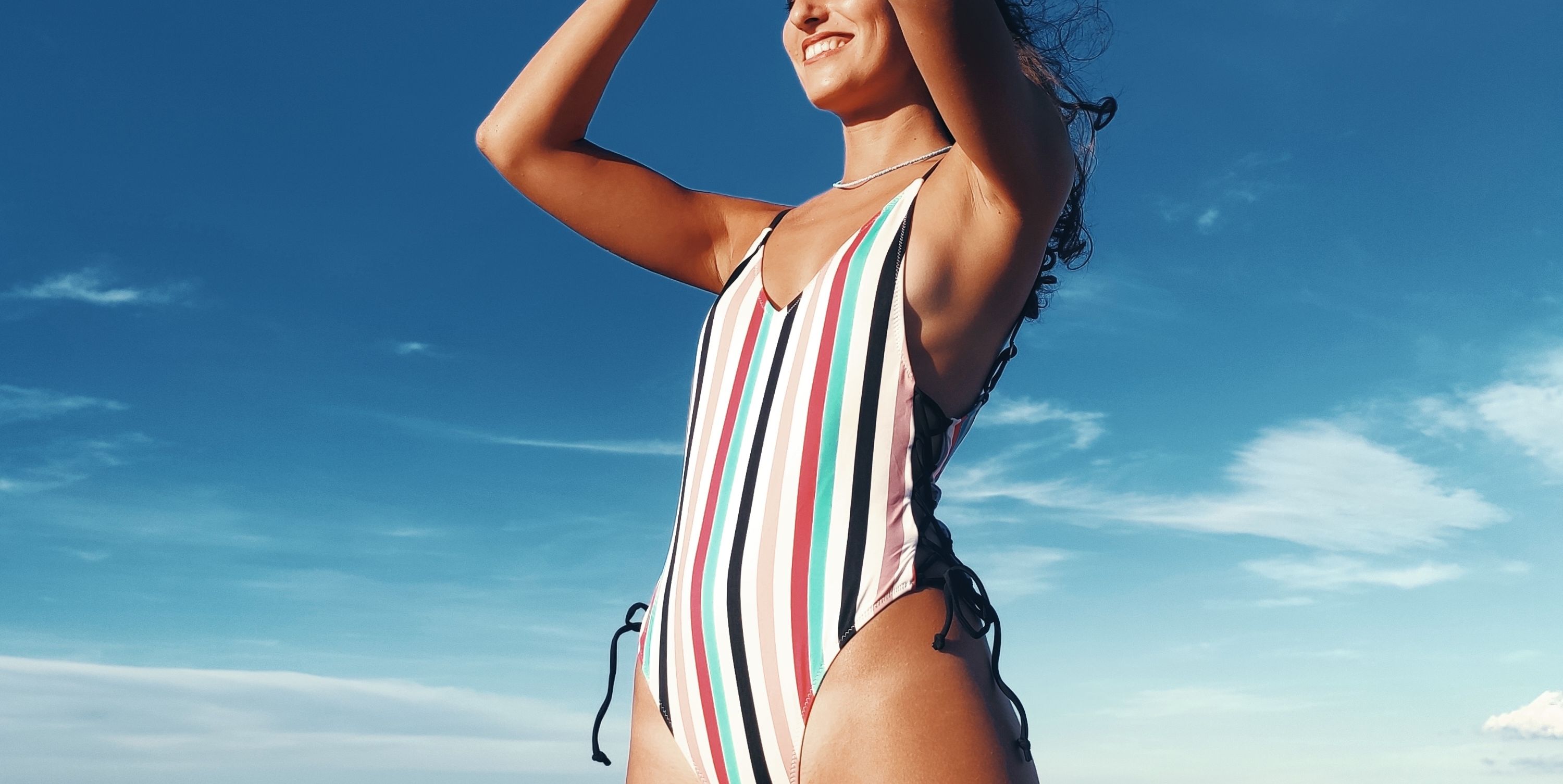 “I have kidney stones. My hair is falling out”: Wendy Osefo of “Housewives'” on reality TV’s stress