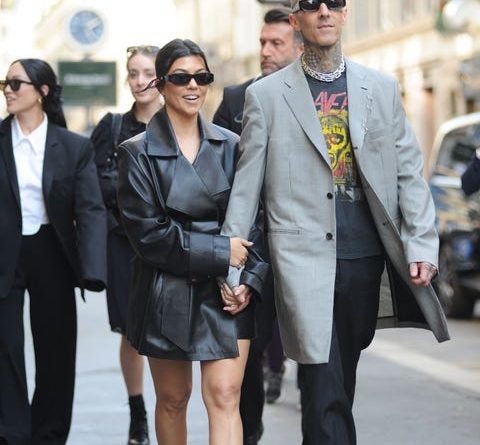 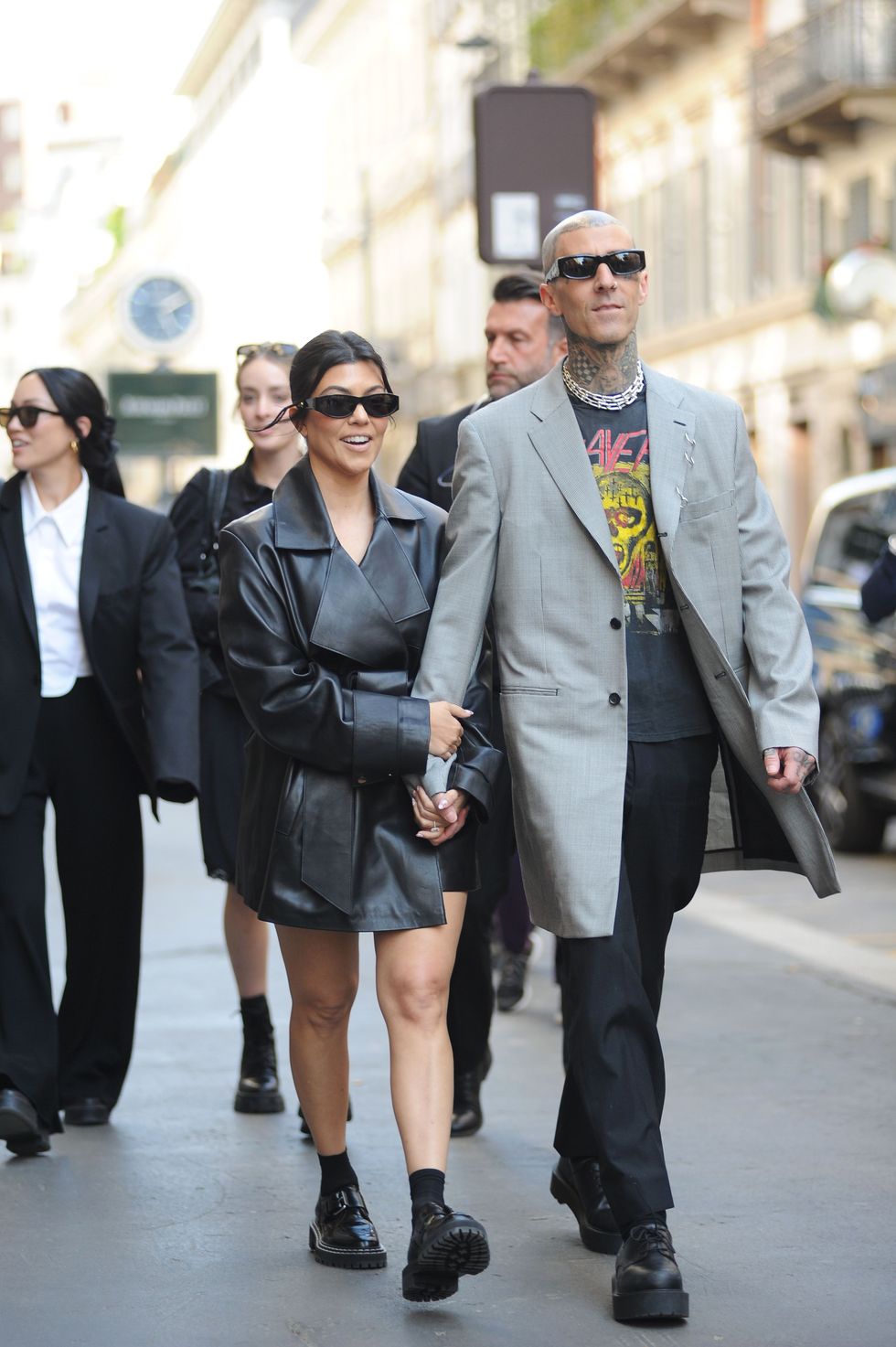 Kourtney Kardashian and Travis Barker flew over to Europe this week for what appears to be a nice Italian vacation. The engaged couple was photographed holding hands in Milan, en route to their hotel today. Bodyguards followed them. They both matched in black outfits, but Kardashian leaned into a statement look, wearing a leather tie jacket and no pants. She styled her hair up and accessorized with sunglasses and chunky black shoes.

Their Italian vacation comes as the family’s new reality series The Kardashians documents Barker’s October proposal to Kardashian in its upcoming episodes along with the couple’s fertility journey.

A source gave People detail last week about how long the two have been trying to have a baby and their journey attempting to conceive via in vitro fertilization (IVF).

“[They] decided to try and get pregnant after they had dated for a few months,” the source said, noting they started the IVF process “last summer.”

“It’s been an emotional rollercoaster,” the source said. “They never expected it to be as hard as it’s been. It’s been especially difficult for Kourtney. They still would love to have a baby. Travis is not putting any pressure on Kourtney though. He just wants her to be happy and healthy.”

In the last episode of The Kardashians, shot in the fall, Kardashian revealed that the fertility medicine she took led her to go through menopause and suffer from depression as side effects. “Every single person on social media is always like, ‘Kourtney’s pregnant, Kourtney’s pregnant, Kourtney’s gained so much weight,’” Kardashian recalled. “I’m like, it’s so rude to comment on people when you have no idea what they’re actually going through. The medication that they’ve been giving me, they put me into menopause.”

More of their private journey will be detailed in future episodes of the Hulu series.

“Barry” star Sarah Goldberg loves playing her unlikable role: “Make her a monster. I’m all for it”

How to garden through climate change

You know what never goes out of style? Sparkling white teeth. You can stock up on all the whitening pens