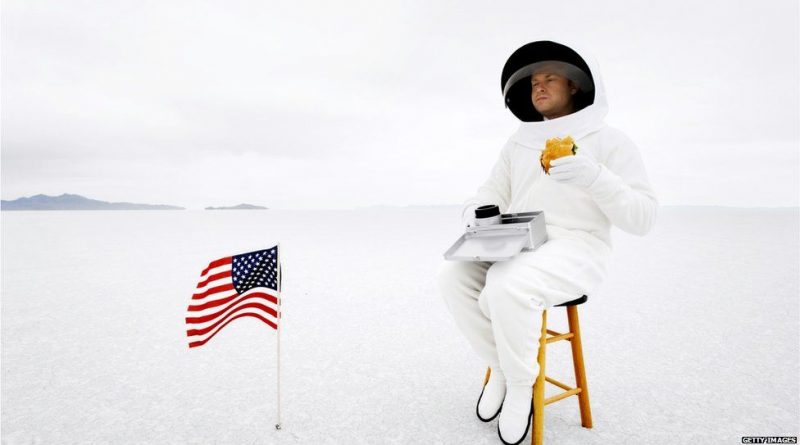 Jeff Bezos and Elon Musk both want to colonise space. Nasa is also trying to put people on to the dusty surface of Mars.

But if humans do want to set up communities on the moon or planets, what will they eat?

Plenty of experiments have been conducted to see whether plants can flourish in space.

And as of last week, a new test has begun to see if meat cells can grow.

It was a small pilot step for trialling a potential nutrient source, one possibly big leap – at least the experimenters hope – for the future of space travel.

The experiment was dreamt up by Aleph Farms, an Israeli company that specialises in growing meat from cells and is being carried out by the first all-private astronaut team to visit the International Space Station.

Sceptics though say the method is too unstable for astronauts to rely on – and that growing space meat will never be more simple than simply bringing it up from Earth.

How to grow meat

Growing meat from cells – particularly at scale – even on Earth isn’t easy. Aleph Farms is one of several companies trying to produce “cultured meat” but it is the first to try to do it in space.

The company doesn’t like to use the term “lab-grown” meat – but in reality this process doesn’t look anything like a traditional farm.

Cells from a cow (though it could be any animal) are fed the things they need to grow, like amino acids and carbohydrates. The cells multiply until muscle tissue forms, and eventually becomes meat that you can eat. This process is called “cultivation” or “proliferation”.

The meat is grown in tanks that look more like what you’d find in a brewery than a farmyard. The life-cycle of an animal raised for meat – birth, life and slaughter – is completely bypassed.

Why grow meat in space?

Zvika Tamari, who heads Aleph Farms’ space programme, says scientists don’t know whether this can be replicated in zero gravity.

“We know from many previous scientific studies that physiology and biology behave very differently in a microgravity environment… So, we actually don’t know, nobody knows, if these processes of cultivation of meat proliferation can actually occur in space.”

So, when on 8 April four men blasted off into space in a SpaceX rocket, on the first private mission to the International Space Station, they brought with them a small shoe box-sized container carrying in it animal cells – and everything they need to grow.

Larry Connor, Eytan Stibbe, and Mark Pathy launched from Kennedy Space Center in Florida, accompanied by former astronaut Michael Lopez-Alegria. They were due to return to space on Sunday 24 April, after which the cells will be closely analysed.

But is it worth it?

Even if the experiment is a success and it is proven that meat can be grown in space, it doesn’t necessarily mean it’s a good idea.

There’s a reason local supermarkets aren’t stuffed with meat grown from cells. In fact, although hundreds of millions of dollars have been pumped into the industry (Leonardo DiCaprio is an investor in Aleph Farms) this is food that is hard to produce at scale.

Aleph Farms is also still waiting for regulatory approval in Israel before it can serve it up at restaurants. This is food that hasn’t yet established itself on Earth, let alone space.

There are other more practical problems when it comes to growing meat in space though. The first is the issue of sterility.

“If bacteria or fungus were to get into the culture it would grow much faster from animal cells and it will just take over so you aren’t making the animal cells anymore. You’re making bacteria. And you have to throw it away,” says Mr Humbird.

Aleph Farms says it believes the sterility problem can be handled, particularly in space where relatively small quantities of meat would need to be produced. But contamination would be disastrous for a community on Mars – the space equivalent of a crop failure.

Aleph Farms also argues that transporting food into space is extremely costly. Figures vary widely, however a Nasa estimate from 2008 puts the cost at $10,000 (£7,800) just to get a pound of payload into Earth’s orbit.

It would cost many times more to bring a pound of food to Mars.

“Mars is millions and millions of kilometres away. And so to be able to produce your food locally, on site is a huge advantage”, says Mr Tamari.

Mr Humbird disagrees about this potential benefit, however.

“Those cells that are themselves grown on edible material are going to be sugar, amino acids, and water. And the caloric value of the cells that you make will always be less than that,” he says.

“At the best case you could probably recover 25% of the calories and eat them as food. So the question is, why would you drag all those calories into space just to expend 75% of them?”

But there are other considerations when planning long space missions – like the mental health of astronauts.

Karen Nyberg is a former Nasa astronaut who spent five-and-a-half months on the International Space Station, and is now on Aleph Farms’ advisory board.

She says food plays a crucial role in the psychological wellbeing of a crew.

“Food comes in these white bags that we just have to hydrate, like powdered milk and that sort of thing… I was craving the smell of garlic saute and olive oil, and it’s just something we don’t have. And so anything we can have to kind of bring back home I think would be great.”

For Ms Nyberg, fresh food and vegetables is vital if humans are expected to be away from earth for years at a time.

Certainly if humanity is serious about putting people on Mars, how to feed astronauts with nutrient rich food that doesn’t spoil – and tastes good – is an important and difficult conundrum.

It’s one thing proving meat can be grown in space – it’s another proving it’s reliable enough, or a practical alternative to food brought from earth.

Aleph Farms has lofty ambitions, but showing that meat really can be produced at scale on Earth is a much more pressing question for the company.

Is it goodbye – finally – to the fax machine?

TikTok may be fined £27m for failing to protect children