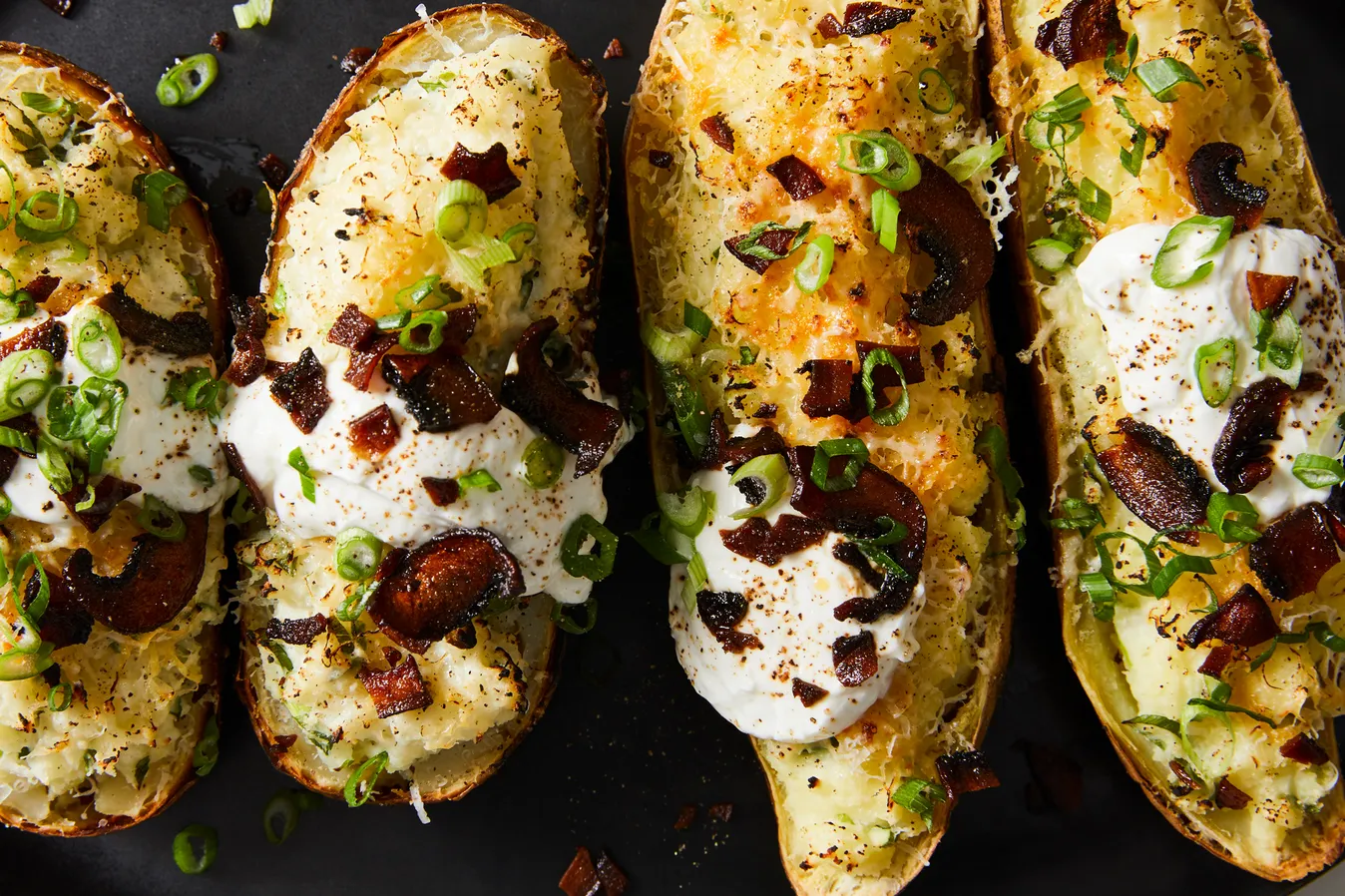 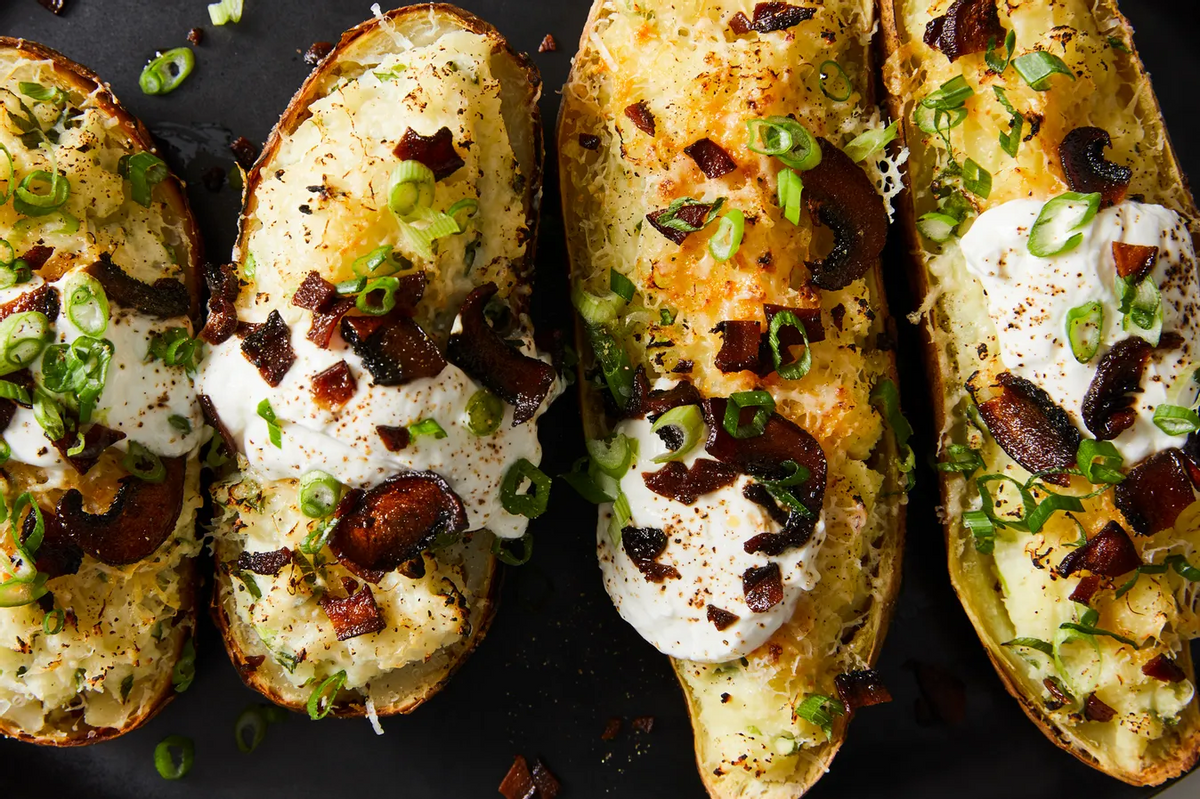 When you were getting ready to start baking this signature pound cake recipe or looking for a little something extra to dollop on top of steaming baked potatoes or nachos, you realize you’re fresh out of sour cream. Before you fret and make a run for the closest store, remedy the situation at hand by making a quick sour cream substitute with ingredients you likely already have at home.

From a plant-based substitute for sour cream such as coconut milk or white beans to dairy alternatives, finding a substitute for sour cream is much easier than you may have initially thought. Using ingredients like mayonnaise, cottage cheese, or yogurt and a little acid from lemon juice or apple cider vinegar, you’ll be able to wow your guests with a non-dairy or dairy alternative to sour cream and your taste buds with something very close to the real deal.

In order to understand what ingredients can replace sour cream, you have to know what it is. Sour cream is the combination of high-fat dairy cream and lactic acid bacteria that, when mixed, forms a thick, sour, and creamy product. As the mixture ferments, the bacterial culture produces lactic acid, which gives sour cream its distinct tart flavor. Some commercial-grade sour cream has added stabilizers, like gelatin or guar gum, to enrich its texture and consistency.

When baking, sour cream helps add fat and moisture to batters or doughs, yielding a richer final product. When it comes to savory recipes, it can make for a creamy sauce or luxurious dip (think: nachos and quesadillas). However, if you’re looking for a non-dairy alternative or simply ran out of this ingredient at home, here are 11 of the best sour cream substitutes to get you through the day!

Soak a cup of raw cashews in a bowl of room temperature water for at least three hours. Once complete, drain and rinse the cashews under cold water. Combine the cashews, the juice of one lemon, two teaspoons of apple cider vinegar, ⅓ cup of water (add more as needed), and one teaspoon of salt in a blender. Puree on high speed until completely smooth and creamy. If the mixture is not tangy enough, add more apple cider vinegar or lemon juice to taste. Make this dairy-free sour cream alternative to garnish a serving of this Autumn Chili Bowl with Roasted Sweet Potatoes and Quinoa from Haile Thomas.

Place a can of full-fat coconut cream in the refrigerator for at least six hours. Once chilled, spoon out the creamy, condensed layer of the coconut fat, leaving behind the liquid oil. Gently combine the coconut cream with one to two teaspoons of lemon juice, ¼ teaspoon of apple cider vinegar, and season with salt to taste. Stir until smooth and blended. If needed, add more acid to mimic the tangy, sour cream flavor. If the mixture is too dense, add a splash of your favorite non-dairy milk, like coconut milk, to liquefy the cream.

Blend any cooked white beans, like cannellini, with apple cider vinegar, oil, a dash of Dijon mustard, and salt to create a creamy substitute for sour cream. This protein-rich mixture adds moisture to batters and is the ideal vegan-friendly ingredient to use when baking. You can also use this sauce as a mayonnaise replacement to spread over sandwiches, bread, or even veggie burgers.

This rich and fatty substitute works for adding hydration to baked goods and can be used at a one-to-one ratio in place of sour cream. However, be mindful that this ingredient lacks the acidity and tanginess of traditional sour cream. You may want to add a splash of cider vinegar to your batter to create a similar result as the original.

This might sound a little obvious, but yes, vegan sour cream exists and it is delicious! Our favorite versions come from Forager Project, which is made with coconut and cashew milk, tapioca starch, distilled vinegar, and live active cultures; Kite Hill, a sour cream alternative made with almond milk, coconut, and chickpea; and Tofutti, which is a soy-based vegan sour cream.

Plain yogurt is likely your best bet when looking for a quick solution to make up for your missing ingredient. It conveniently replaces the sour cream in a recipe at a one-to-one ratio, making conversions a breeze. For added moisture and richness, stick to a full-fat or greek, plain yogurt to mimic the tangy, creamy flavors of traditional sour cream for recipes like this Sour Cream Cardamom Pear Cake.

Buttermilk, another excellent alternative, is tangy, acidic, and adds moisture when baking. However, keep in mind that it is much looser in consistency and liquid than sour cream. To balance out the wet ingredient ratios, use a three-fourths cup of buttermilk for every cup of sour cream the recipe calls for.

Though very similar to sour cream, crème fraîche is higher in fat and calories but does not boast the signature tangy flavor to the extent of its counterpart. However, the two are incredibly similar in texture and consistency, making them interchangeable at a one-to-one ratio. Use this ingredient to replace sour cream in a baked good batter or use it to garnish baked potatoes or any creamy soupyou please.

If you’ve scoured your refrigerator and found no yogurt or crème fraîche, then whip out a block of cream to get the job done. Mix this denser ingredient with a bit of milk or buttermilk to loosen the consistency. For every cup of sour cream you need, use six ounces of cream cheese with two tablespoons of milk or buttermilk.

Though this may seem surprising, another alternative for sour cream is cottage cheese. To create a similar consistency, blend the cottage cheese with a bit of lemon juice or apple cider vinegar to achieve similarly tangy results.

What 56 ‘Game of Thrones’ Actors Look Like in Real Life

How to layer rugs — because why stop at one