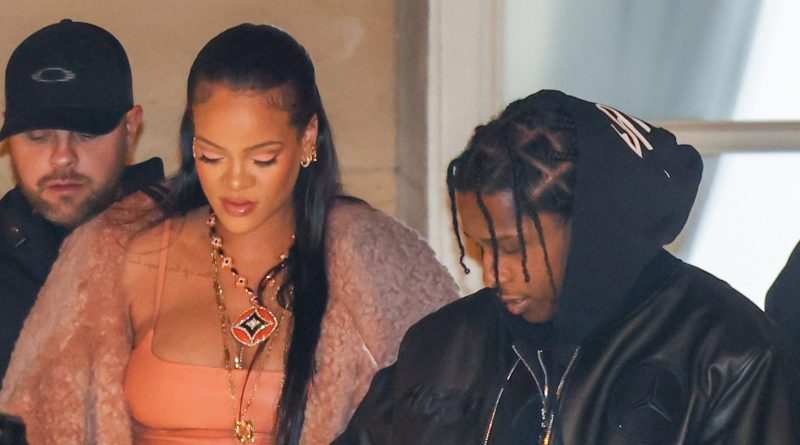 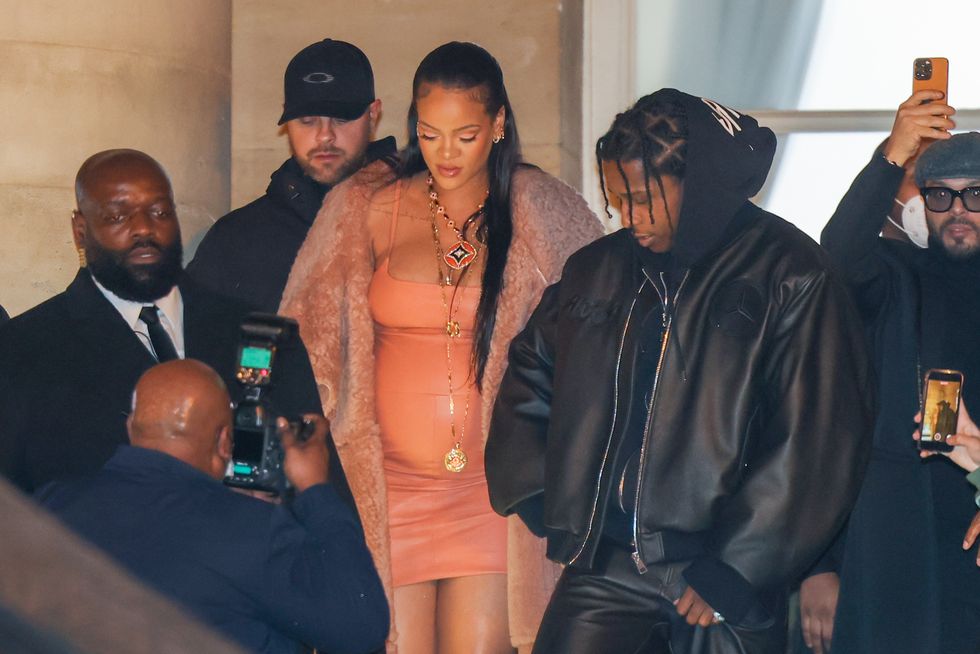 On Saturday night, Rihanna and A$AP Rocky took a walk through the streets of Los Angeles for the first time since his recent arrest for a connection to a shooting in Hollywood in November of 2021. A$AP, original name Rakim Athelaston Mayers, was arrested by the Los Angeles Police Department on April 20. The arrest came shortly after the couple landed back in California after visiting family in Barbados. He posted his $550,000 bail and was released just hours later.

As usual, during their walk Rihanna was sporting some stunning maternity wear, showing off her torso with a black bra and matching black shorts covered in sequins. Over that, she threw an open white shirt and black jacket. She accessorized with black open-toed heels and let her hair fall down her shoulders.

A$AP wore a simple dark grey hoodie with a print in white flowers over a grey shirt and a pair of jeans. He had on a jeweled belt in many colors and he wore a pair of black sneakers.

Since the arrest, Rihanna has allegedly withdrawn to focus on herself, as she is heavily pregnant and the situation is stressful. She has even canceled her baby shower. A source told Us Weekly that she “hasn’t spoken much about [the arrest]. She’s truly focused on her pregnancy and not trying to get too stressed.”

The insider added, “She is very confident about everything and has told friends she just hopes for a positive outcome.”

The rapper is accused of being involved with a shooting near Selma and Argyle Avenues following an argument. A man alleges that he was approached by Mayers at around 10:15pm on November 6 and that he fired a handgun at him three or four times. The victim’s left hand was grazed by a bullet and he sought medical treatment. Mayers then allegedly fled the scene.

“Rihanna was there when Rocky was arrested and has been crying non-stop,” another source claimed to The Sun. “She’s heavily pregnant and these are very serious accusations, it’s a nightmare scenario for her…It was meant to be Rihanna’s baby shower in LA on Wednesday night but they had to cancel.”

The source said, “Rihanna was very, very upset and stressed by Rocky’s arrest. It’s not the best time for her to be on such an emotional rollercoaster.”

Whatever the hell happens in this election, let’s commit to facing the truth

Is it time to add schizophrenia to the list of unusual “long COVID” symptoms?