The former Senate President and Secretary to the Federal Government, Anyim Pius Anyim, has said the Peoples Democratic Party will be coming to save Nigeria from total collapse in 2023.

Anyim, who is aspiring for the presidential ticket of the PDP, said the ruling All Progressives Congress has failed, adding that Nigerians are calling for a return of the state of the country to how it was during the PDP era.

Speaking during a radio interview on Mainland FM, Anyim also lamented the increase in banditry and social vices.

He said, “insecurity has heightened to such an alarming proportion. Banditry, kidnapping, and armed robbery, have become even much more occupational.

“The economy has collapsed and joblessness has overtaken our young ones. We are never as divided as we are today. Everybody in this country is saying, if need be, we should return to where we were in 2015.

“Our mission in 2023 is to rescue the country from total collapse. What I am saying is a realistic expression of Nigeria.”

The ex-senate president also posited that the 2023 presidential ticket of the PDP should be zoned to the South East region for the sake of equity and fairness.

“There is no zone that you can’t find competence, capable and people that can take the country to the promised land both in the north and south. There are very capable, able and ready aspirants.

“What has happened before in favour of some other zones can happen in the South East. If there are a hundred candidates, pick one among us,” he said.

Speaking of his chances to clinch the party’s ticket, Anyim said he has been consulting key stakeholders and delegates for six months.

He also expressed his hope to become the flag-bearer of the PDP at the poll as he noted that he has national exposure, which he sees as an edge and advantage above other aspirants.

“I have been in the race for about six months. There are people who were in the race before and people that just joined. If you look at the grounds that have been covered, you will see I have done much.

“I have visited nooks and crannies of this country. I have consulted with various groups and leaders and it is ongoing.

“I can only say that my concern is not publicity now because we have not started campaign. My concentration is reaching out to the delegate and ensuring I get the ticket. I am concentrating on the primary,” Anyim said.

Speaking of how the country can tackle the menace of insecurity, Anyim suggested a multifaceted approach rather than using military force alone.

He said, “approaching it from the military angle will not be enough. Many people are jobless , and you don’t expect that they will just sit in their houses and die of hunger. They will find one way or the other. In resolving insecurity, there is an economic and political dimension.

“When you run a state in a way that many people feel they are not part of the government and you treat them like ordinary citizens, there will be a reaction.”

He also suggested that for the economy of the country to be revamped, the government must align with global standards and key into science and technology-driven economy.

“We cannot afford not to venture into industrialization, when this is done there will be local production. We must encourage micro small and medium enterprise. If I am president, my economic policy will fit into the fourth industrial revolution and key into science and technology and industrialization,” he said.

Recommending a solution for the recurring strike by the universities union, the president-hopeful stated that there need to be an overhaul of the education sector.

He also promised to run an inclusive government that will be responsive to the people and provide a leadership that will give the people a sense of belonging.

“This is how our democracy could crumble”: Election deniers surge in 6 key swing states 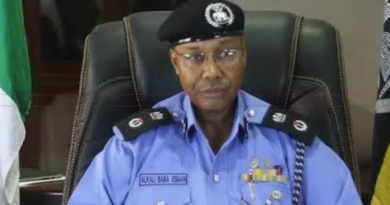