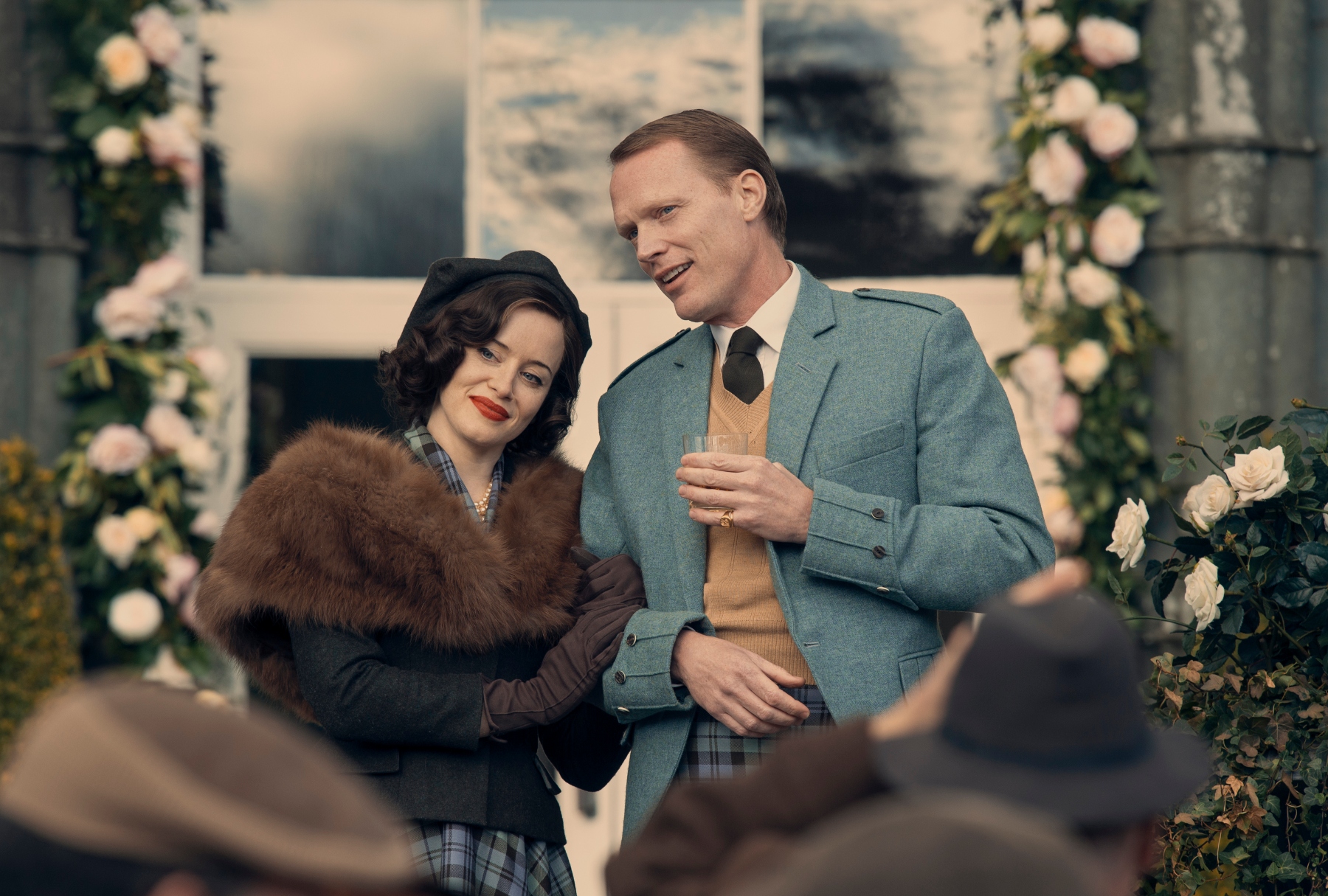 Last week Johnny Depp‘s testimony in his defamation trial against his ex-wife Amber Heard took over the news cycle, with Fox News covering the proceedings live hours for on end. During his time on the stand Depp refuted Heard’s allegations of domestic abuse and went into details about the ways that his mother belittled him as a child, as if to paint his relationship with Heard as a continuation of a cycle of being victimized.

Wondering why Depp and Heard’s famously acrimonious battle has drawn such a spotlight at a time when the public has so many other worries, including a war, an investigation into an attempted insurrection and rising inflation, fails to acknowledge the obvious: People love watching the rich and famous go scorched earth on each other, especially when one of them spent years at the top of the heap.

The second season of “A Very British Scandal” confirms this by swooping through another famously vicious case of a couple whose affection, if one can even call it that, soured to poison.

People love watching the rich and famous go scorched earth on each other.

The 1963 divorce case involving Ian Campbell (Paul Bettany) and Margaret Campbell (Claire Foy), the Duke and Duchess of Argyll, made headlines around the world, the series insists, propelled by explicit courtroom testimony about Margaret’s extramarital affairs and evidence that included Polaroids of her fellating a man who was never identified.

The Duke abused alcohol and amphetamines, and had already tossed aside two other wives, but the Duchess was no shrinking violet, even when her reputation was being dragged the mud. This provides Foy and Bettany strong planks upon which to build arresting performances.

RELATED: Johnny Depp’s defenders don’t get it: Being a “very low-key guy” isn’t evidence of anything

What it’s missing, however, is any lightness of spirit, whiff of humor or much proof that this case is singularly “British” aside from its locale. He has a reputation for being a careless libertine, she’s a sexually confident looker who inspires whispered gossip concerning affairs with famous men. Are we referring to the Duke and Duchess, or Depp and Heard?

Let’s leave that there for the time being to set up Margaret and Ian. Before they crashed into each other, he was a World War II veteran and Nazi prison camp survivor flitting on the edges of the British aristocracy, in line to inherit a Scottish estate and title without a penny behind either. 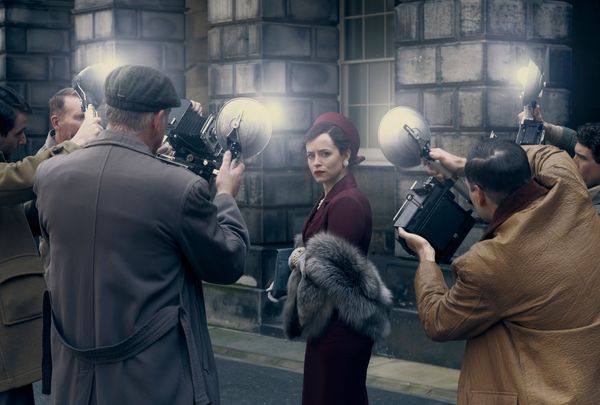 Claire Foy in “A Very British Scandal” (Prime Video)She was an heiress, formerly known as Margaret Sweeny, who was famous enough to merit mention in an adaptation of a Cole Porter classic, and who survived both a teenage fling with actor David Niven that was rumored to have necessitated an abortion and a plummet down an elevator shaft (ah, metaphor!).

Their meet-cute on a train inspires proverbial and actual smoke. “If you were mine I’d never let out of my sight,” he says lighting a cigarette with the style and confidence a leading man, adding for emphasis, “If you were mine.”

Neither are aflame in each other’s presence for enough time to allow the audience to form any illusions about love lost.

They ditch their out-of-fashion spouses and wed, and he can’t even manage to carry her across the threshold before they start fighting like a pair of rabid wolverines. That’s the first sign that this three-part “Scandal” is going to be a sight more bitter than Russell Davies’ “A Very English Scandal,” and substantially lacking in the wit that inspired performances from Hugh Grant and Ben Whishaw that rank among the best of 2018, if not their careers.

But that first season’s sex scandal invited a humorous take, not within its take on the outing of a closeted government official, but by way of its bungled murder plot. This follow-up, written by Sarah Phelps and directed by Anne Sewitsky, tells a far more common tale of two people drawn together for all the wrong reasons, and whose parting leaves the woman substantively poorer in every respect.

When they marry, Margaret gains a title and celebrates by pouring a fortune into restoring Ian’s ancestral seat Inveraray Castle, a tumbledown pile revitalized into a eye-popping jewel. Ian drains his share of her money with a quixotic treasure hunt on the bottom of Tobermory Bay.

It’s perfectly fine not to have a dog in this fight since both are repugnant. 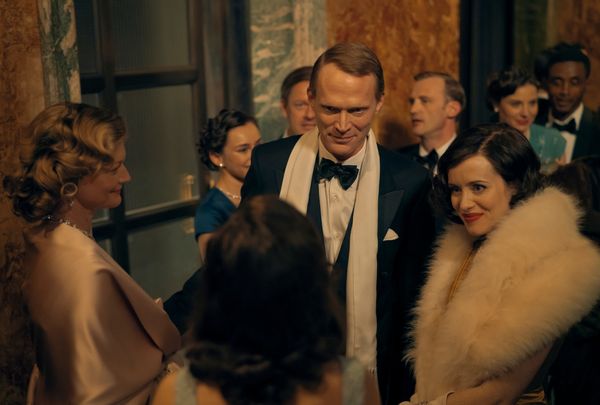 Paul Bettany and Claire Foy in “A Very British Scandal” (Prime Video)However, it’s perfectly fine not to have a dog in this fight since both are repugnant. Margaret’s libido has nothing to do with that determination; it’s based on her greed-driven impulse to destroy Ian’s second wife Louise (Sophia Myles), who suffered at his hands before he bled her dry and dumped her. Myles contributes a shot of soft humanity into this otherwise craggy social landscape, additionally improved by Julia Davis’ amusing take on Margaret’s fair-weather fellow snob Maureen Guinness.

There’s no getting around the fact that Margaret is as dreadful and Ian.  Horrible people can provide the kindling for stories with wildfire pacing, and that should hold true here.

Together they duel with a restrained sadism.

Certainly Foy and her co-star put in a hell of an effort. Whatever natural gentlemanly aura Bettany typically capitalizes upon is absent in Ian, who he makes a contemptible, unfeeling brute as soon as his amorous wiles achieve their purpose. His depiction of Ian’s cruel frigidity is a match by Foy’s sharpness, as she trades the distant stateliness she brought to “The Crown” for fumes of aristocratic entitlement. Together they duel with a restrained sadism that prevents the story from whirling into melodrama, even when his temper explodes.

But as captivating as that energy can be during their finest verbal knife fights, this three-part season feels drearily longer than that count suggests.

And one might guess, the Duchess didn’t fare well in either the official court’s decision or that of public opinion, regardless of the Duke’s reputation as a philandering substance abuser with a history of being violent towards his wives. “A Very British Scandal” exists to illustrate the double standard society applies to men and women in measuring individual culpability, although the Argylls’ tenacious rancor submerges that point too often.

Absent that, we’re left to wonder what these two people’s widely publicized problems have to do with us, beyond providing performances to pick apart. In that respect, not much has changed between 1960s Britain and today.

“A Very British Scandal” is currently streaming on Prime Video. Watch a trailer for it below, via YouTube.

The absolute best way to bread chicken, according to so many tests