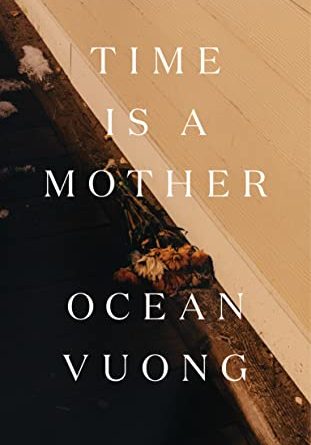 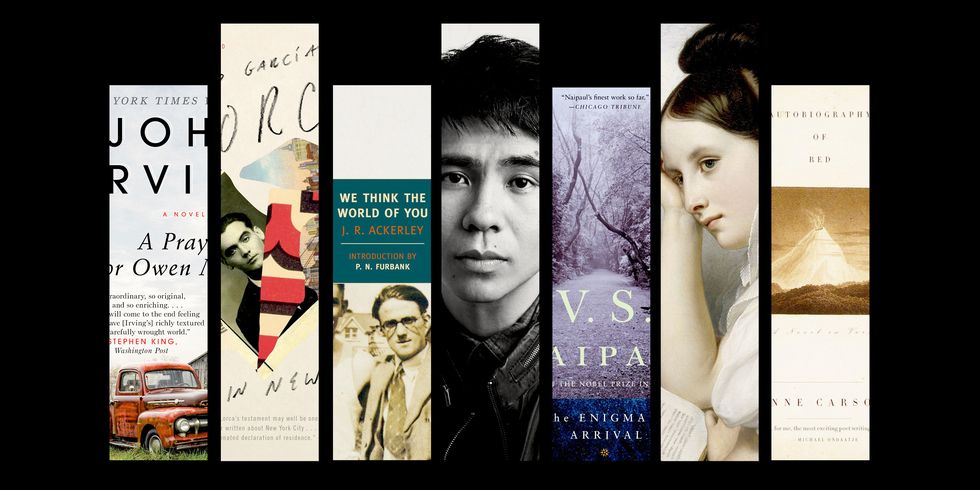 Time Is a Mother

After making a name for himself with an acclaimed debut poetry collection, followed by an acclaimed novel, Ocean Vuong returns with his second book of poems, Time is a Mother (Penguin Press), which explores loss, grief, and memory after the death of his mother.

Vuong, whose Night Sky with Exit Wounds won the Whiting Award (he bought a house for his mother with the prize money) and T.S. Eliot Prize, is consulting on the film adaptation of his novel On Earth We’re Briefly Gorgeous at A24.

Born in Saigon, Vietnam, he moved to the United States at age 2 and was raised by his mother and grandmother in Hartford, Connecticut. He dropped out of business school at Pace University and earned a degree in 19th-century American Literature from Brooklyn College after which he received an MFA in poetry from NYU and now teaches in the MFA Program for Poets and Writers at UMass-Amherst. In partnership with the Smithsonian Asian Pacific American Center, he co-founded the mobile Center for Refugee Poetics at the Asian Arts Initiative.

He maintains a Buddhist meditation practice, his mother wanted to name him after Jackie Chan (see why he ended up as Ocean in this Jeopardy! clue); can’t drive (he failed the driver’s test five times), has a Shih Tzu poodle mix called Tofu; attended Baptist church as a kid mostly for the ice cream sandwiches after services; once worked at Panera Bread and a tobacco farm; doesn’t think writer’s block is a thing; wears a jade carving of deity of compassion Guan Yin from his mother, likes Frank Ocean, and wrote a letter from Renaissance painter Salaì to his teacher Leonard da Vinci as part of a Valentino campaign.

…helped me through a loss:

The phrase “unflinching” is often said of works around grief and loss but I’ve yet to find it more aptly applied than to Roland Barthes’ Mourning Diary. Initially written on notecards to track the year following his mother’s death, this fragmented, heart-wrenching, and wildly vulnerable book affirms and makes expansive how lonely the grieving process can be.

…made me miss a train stop:

Anne Carson’s Autobiography of Red. Totally engrossing and a testament to an exceptional use of the distant third person perspective to portray the intimacy of childhood as it reaches toward enacting an artistic selfhood.

Federico García Lorca’s Poet in New York. Lorca wrote these poems on a trip to New York during personal heartbreak and severe professional doubts. His firsthand account of the 1929 stock market crash, the horror and chaos, the men leaping from buildings, the filth and vomit, the utter Americanness of its spectacle, is to this day an invaluable document of the darker side of empire, seen through the eyes of a foreigner.

The Tibetan Book of Living and Dying by Sogyal Rinpoche. A major book of scope and specificity in how to imagine a way of dying and the myths and practices in its fathomless mysteries. A humbling and inspired read for me.

…made me rethink a long-held belief:

Thomas Merton’s New Seeds of Contemplation helped expand my thinking on religion and Christianity specifically. Merton’s inquisitive, forgiving, and erudite earnestness in exploring global perspectives on religion and philosophy, as a Trappist monk, helped me see, or re-see, Christianity beyond the confines and rhetorician reductions of sects or regimes, which lead me to discover a more capacious and mystical approach to its practices, thereby dismantling its more formal hegemony into something much more malleable and amorphous.

…I swear I’ll finish one day:

Pride and Prejudice by Jane Austen. I have tried reading this book maybe seven times so far, and each time I make it only 40 or so pages before I have this urge to do dishes and clean my entire house, anything but live inside upper middle-class concerns about who marries who among the 18th-century English gentry. I know many people of all walks of life adore this book—so this one is clearly my own failing. Evidently, I just can’t get into a book about rich people dancing in ballrooms and having tea and getting “flushed” from trotting along country roads.

J.R Ackerley’s We Think the World of You.

Arthur Rimbaud’s Complete Works, Selected Letters. Rimbaud has a special place in my heart because he was how I entered poetry. I read him once a year because the work is replete with the aspirational layered with the utter irreverence for the state while insisting that the work of making and embodying literary arts is a sacred and spiritual vocation—which is a lot to pull off, not to mention for a writer whose entire oeuvre lasted but five years.

…I’d gift to a new graduate:

The Writing Life by Annie Dillard. More a calling, a summons to the art, than a craft book. I return to this one often to anchor me when the wind blurs my vision—also, the sentences are immaculate.

Scott McClanahan’s The Sarah Book. A film treatment would bring this cult classic to a wider audience, which it absolutely deserves. Also, I just want to watch it. I imagine it moving along the lines of Fight Club with its neurotic narrator/voice-over—but better, more soul, more vulnerability, and truer to the American underclass.

The Dhammapada sutras, pocket edition. It was actually my mother who bought this for me, at a Barnes & Noble outside of Hartford. I had told her that I wanted to study Buddhism more closely—to understand Vietnamese culture better. She was so happy to hear that I was interested in books and spirituality that she drove me right after work and bought it for me. She was so proud going up to the counter and buying a book. It was the first book she ever bought. And it was for me. I’ll never forget that memory for as long as I live.

…has the best opening line:

James Baldwin’s essays. Even all these years later, he evinces for me so much of this country and what it feels like to live in it that his essays somehow feel like sorcery.

V.S Naipaul’s The Enigma of Arrival captures this quietly brooding alienation of the first-generation college student, aspiring writer, to such specific detail that it renders me incapacitated each time I read it. An ultimately self-affirming narrative of quiet conviction and the labor of making your way toward your field of art when, or perhaps because, there were so few precedents before you, so few roads, if any, laid for your taking.

…I could only have discovered at Codex Books, NYC:

Male Colors: the Construction of Homosexuality in Tokugawa Japan by Gary P. Leupp.

St. Augustine’s Confessions. What I love most about the Confessions is Augustine’s deep query of the work of self-examination and the indispensable role of the life forged through an intellectual enrichment—and the seeking of whether it is worth the work at all. A powerful and capacious negotiation with doubt that applies to any vocation.

The Tibetan Book of Living and Dying

We Think the World of You

A Prayer for Owen Meany

CDC Expands Eligibility for COVID-19 Booster Shots to All Adults 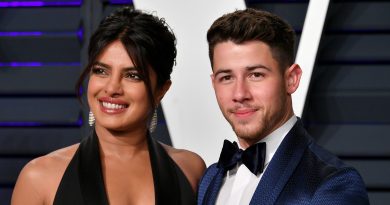