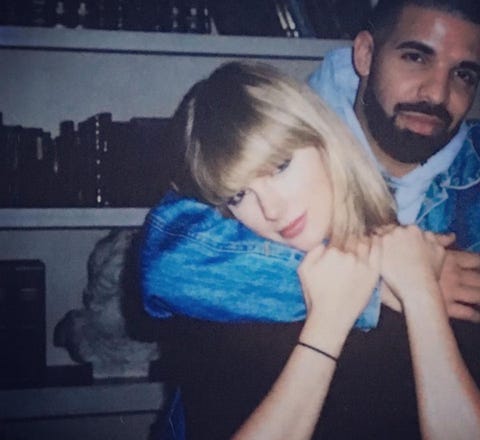 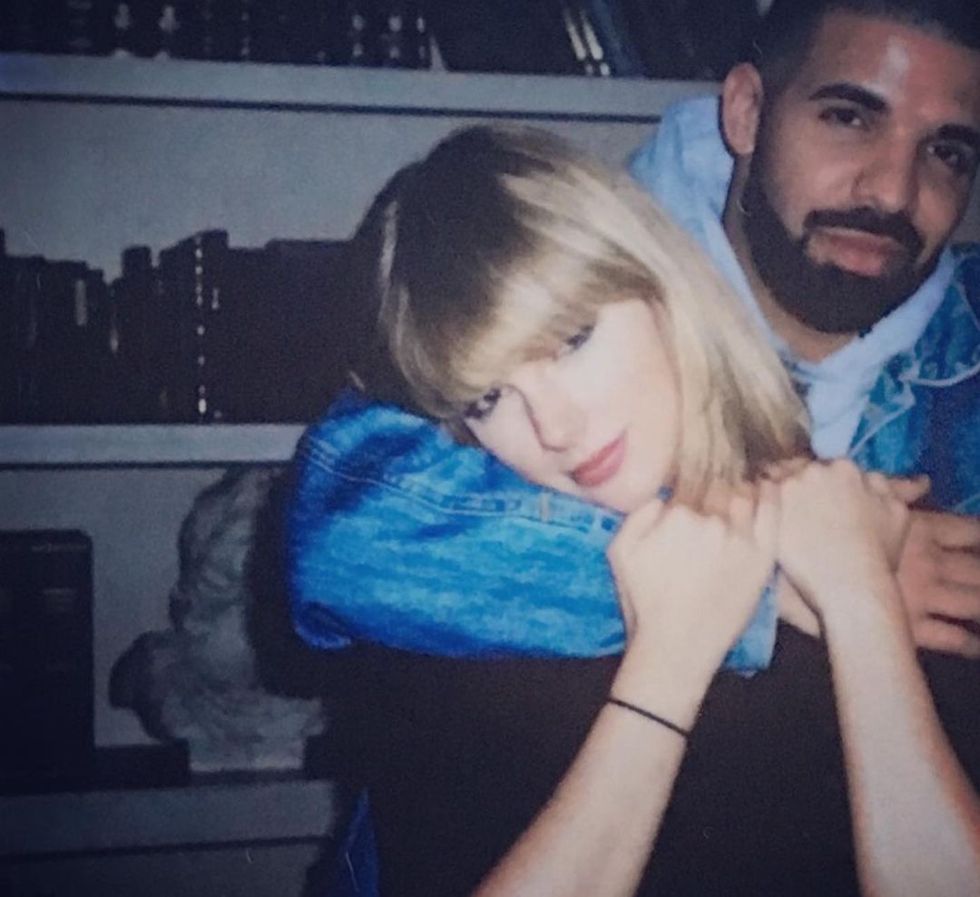 Drake put Taylor Swift fans on alert when he randomly posted a throwback photo of him and Swift on his Instagram Monday. “They too soft to understand the meaning of hard work,” he captioned the carousel post featuring the pic. While The Sun even pondered whether Drake and Swift were dating (obviously not: Swift has been in a relationship with British actor Joe Alwyn for over five years), a source gave TMZ intel on the real reason Drake posted the pic. Turns out, there wasn’t any secret message attached to it.

“There’s nothing behind the pic other than memories,” the outlet wrote, based off its source.

“Drake and Taylor are friends with a long history,” it continued, “and the post and caption led many to believe Drizzy was signaling new music, but we’re told it’s just a harmless throwback post.”

Swift has yet to announce when her next re-recorded album, highly speculated to be 1989, is coming out. Swift has kept a relatively low profile, skipping the Grammys.

Her boyfriend Alwyn spoke about why he keeps their relationship private in an interview with ELLE UK. “It’s not really [because I] want to be guarded and private, it’s more a response to something else,” he said with a shrug. “We live in a culture that is so increasingly intrusive… The more you give—and frankly, even if you don’t give it—something will be taken.”

He told ELLE that despite co-writing several Folklore and Evermore tracks with Swift, he doesn’t foresee himself writing more music. “It’s not a plan of mine [to continue writing songs], no,” Alwyn said.

In “Misery,” James Caan made a writer a rock star

Latinx beauty looks like a sleek bun, penciled-in brows, and dark lip liner. It looks like sharp, winged eyeliner and